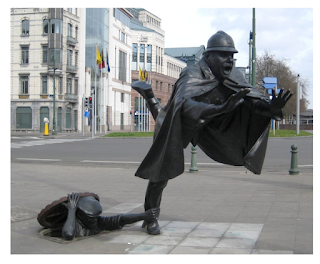 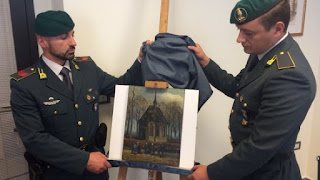 Art Hostage Comments:
In January 2016, officers arrested two suspected clan members, Raffaele Imperiale and Mario Cerrone. Reports say that Mario Cerrone confessed that the two stolen Van Goghs were hidden in Mr Imperiale's home in Castellammare di Stabia, 34km (21 miles) from Naples. They were wrapped in a cloth and stashed inside safe at a house in Castellammare di Stabia, near Pomeii.
The actual thieves, Octave Durham, an art thief who earned the nickname ‘The Monkey’ for his evasiveness, and his accomplice, Henk Bieslijn – were convicted with four-year sentences, but the priceless art was never recovered – until now
Posted by Art Hostage at 12:55 pm