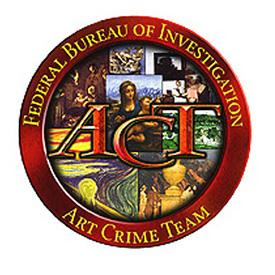 Nearly three weeks after a sheriff's spokesman declared that Angelo Benjamin Amadio and Dr. Ralph Kennaugh had become suspects in their own case, an attorney for the men is asking federal authorities to look into why the department's response to the theft was "to victimize the victim."

On Sept. 25, the men reported a break-in and theft of prints by Miro, Rembrandt and Matisse, as well as a painting by Jackson Pollock and a drawing by Vincent van Gogh. The collection has been valued at more than $27 million.

Days later, the men reported finding an extortion note that demanded $10 million and threatened to kill them.

The men's attorney, Vicki St. John, said she sent letters and documents by overnight courier Monday requesting meetings with the U.S. Attorney's Office in San Francisco and an FBI supervisor in Washington. Copies of the letters, which include a chronology of events in the case, were provided to The Herald.

The request centers on allegations that investigation of the case was stonewalled because of a previous personal grudge against Amadio by a volunteer at the department who is close to Sheriff Mike Kanalakis.

Sheriff's spokesman Cmdr. Mike Richards said he had not seen the documents late
Monday, but called the allegations "just ludicrous."

He said his department is still looking into whether the men have committed some sort of fraud, allegations he announced at an Oct. 6 news conference.

The letter maintains that information about the missing art was given to deputies on "five separate occasions" while Richards complained that the men were not cooperating and accused them of involvement in a "possible criminal enterprise."

"The truly ridiculous thing about these accusations," reads St. John's letter, "is that all the art was uninsured and owned for the past 10 to 30 years by my clients."

However, at least until now, the victims have shown very little documentation of the art's authenticity. And it appears that at least some of the loss may be covered under a renters' insurance policy of up to $500,000.

Richards has said that at the very least, his department might file misdemeanor charges for allegedly lying to a law enforcement officer.

"We are absolutely still investigating (them)," Richards said Monday.

But one month after the art was reported stolen, no charges have been filed.

Julia Reynolds can be reached at 831-648-1187 or jreynolds@montereyherald.com.
Art Hostage Comments:
"Speak softly and carry a big stick, you will go far"
(Roosevelt, Chicago 1903)
"He who hesitates is lost"
"You will catch more flies with honey than with vinegar"
-
We are now in the proverb stage, next stop arrest-ville !!!!!
Posted by Art Hostage at 10:01 pm