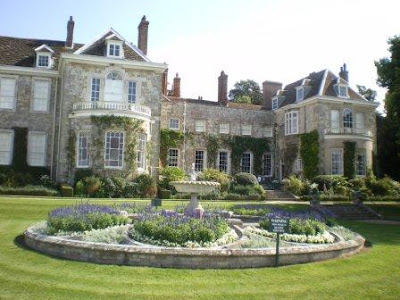 A CAREER criminal involved in the theft of a nationally important antique clock from Levens Hall made £600,000 by targeting that and some of England’s other most historic houses, a court has heard.

Graham Geoffrey Harkin, 59, joined a tour of the stately home so he could decide which items should be stolen.

A few days later, on September 19, 2009, accomplices broke into the house and stole several antique pieces, including a 300-year-old clock, made by Thomas Tompion.

Harkin might have got away with it, Carlisle Crown Court heard, if he had not contacted Levens owner Hal Bagot, saying he could recover the clock for a £25,000 reward.

As a result police set up a ‘sting’ in which Harkin was arrested.

And then they discovered he had been responsible for burglaries and thefts in other parts of the country too.

Last year Harkin was jailed for nine years after pleading guilty to burgling two historic houses — Longner Hall in Shropshire, and Firle Place, a country estate in Sussex, from which he took porcelain worth about £1 million — and handling the clock stolen from Levens Hall.

Two other charges — burgling a National Trust property in Cornwall and stealing a £50,000 sundial from Dalemain House, near Penrith — were left lying on the court file and were not proceeded with.

Harkin. of Chestnut Walk, Wakefield, Yorkshire, was back at Carlisle Crown Court on Friday for a hearing under the Proceeds of Crime Act.

He admitted making £600,000 from his crimes but the judge accepted that he could be made to pay back only £10,000 of his profits, since his only realisable asset is a £10,000 share of the house he co-owns with his wife.

Nearly £6,000 of that will have to go to paying off another Proceeds of Crime order made after a series of similar crimes in West Yorkshire.

If he fails to pay within six months he will go to prison for an extra four months.