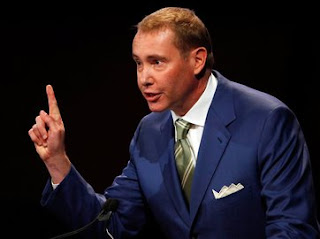 SMPD
Several of the paintings stolen from the Santa Monica residence between Sept. 12-14 while the victim was away on a trip.

Up To $1.7 Million Reward On Offer For Santa Monica Art Robbery Information

A reward of up to $1.5 million is now being offered for information in the Santa Monica home heist where more than $10 million was stolen from the home of Jeffrey Gundlach, founder of DoubleLine Capital in Los Angeles.
Gundlach held a press conference today at 1 p.m. at his downtown LA office where he spoke of the increased reward that stems from the robbery that took place sometime between Wednesday, Sept. 12 at 3 p.m. and Friday, Sept. 14 at 8 p.m. in the residence on the 500 block of 12th Street in the north of Montana neighborhood.
Thieves stole his red 2010 Porsche Carrera 4S, high-end art, and luxury watches while he was away on a trip.
Last week, an assistant for Gundlach announced a $200,000 no questions asked reward was being offered for information leading to the recovery of these stolen items and urged anyone with information to contact police.
Today, Gundlach announced he would offer a $1 million reward for the return, or information that leads to the return, of his Piet Mondrian painting if it is undamaged.
This oil painting is titled “Composition A En Rouge Et Blanc” and is from 1936.
He said he would also offer an additional $500,000 reward for the successful return, or information that leads to the return, of his Jasper Johns painting called Green Target from 1956, stating it too must be undamaged.
He said these two specific rewards would be on top of the $200,000 reward already on offer.
“Previously we had announced a $200,000 reward for information leading to the successful recovery of the artwork undamaged,” Gundlach said at the press conference. “That reward remains in place as an overarching reward for information leading to the successful recovery of the property in conjunction with this robbery.”
Posted by Art Hostage at 10:27 pm