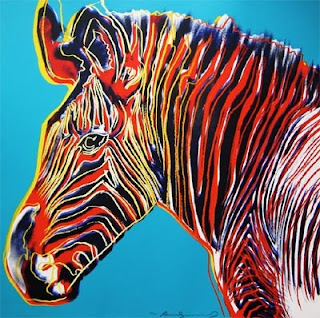 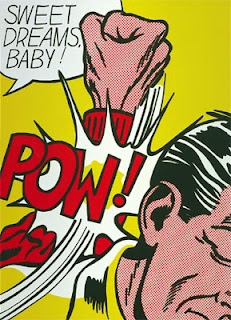 
Stolen art works by American masters making their way to a West Hollywood art gallery got a rude welcome last week.
On Wednesday, October 17, 2012, West Hollywood detectives received a tip advising them that a suspect was allegedly trying to sell three pieces of stolen artwork.
The pieces were described as, Andy Warhol screen print titled, “Grevy’s Zebra,” a Warhol screen print titled, “African Elephant,” and a Roy Lichtenstein screen print titled, “Sweet Dreams Baby.”
The informant said that the items had been stored in a stolen vehicle and trailer in the city of Federal Way in the State of Washington.
The Federal Way Police Department confirmed for the WeHo detectives that a vehicle and attached trailer were stolen in the city of Federal Way, in March of 2008.
The artwork was allegedly stored in the trailer at and since the time of the theft.
The artwork was valued at $300,000 and the insurance company eventually paid out $276,000 for the loss.
Working quickly, West Hollywood detectives set up surveillance on Hamilton Salway Fine Art at 8678 Melrose Avenue by 1 pm.
At approximately 3:15 pm, three suspects arrived in a cargo van and entered the business.
After gaining confirmation that the suspects held possession of the stolen artwork, detectives swooped in to arrest them for receiving stolen property.

German police said Tuesday that a British woman had been arrested in Spain on suspicion of taking part in what police termed an "unbelievably audacious" heist of rhino horns from a museum in Germany.
The 37-year-old, who was not named, was picked up on the Spanish island of Tenerife on a European arrest warrant and later handed over to authorities in Germany where she is now sitting in custody, police said.
She is suspected of being part of a gang that stole rhino horns worth 50,000 euros ($65,000) from a museum in Offenburg in southwestern Germany in February.
While two people distracted staff at the museum, another two climbed on the display case, removed a rhino head from a wall and smashed off the horns with hammers.
Rhinoceros horn is especially prized in Asia where many consider it to have aphrodisiac and disease-fighting properties.
Similar thefts have occurred throughout Europe, with some museums taking the unusual step of replacing their rhino horns with fake ones to deter robberies.
Rhino horns can fetch between 25,000 and 200,000 euros depending on their size.
Two British members of the gang were sentenced to three years and two and a half years in prison respectively, although their lawyers have appealed the sentence.
Another gang member was sentenced to four weeks in a juvenile detention centre for his part in the heist.

MEXICO CITY -- U.S. officials Thursday returned more than 4,000 pieces of stolen and looted pre-Columbian art and artifacts to the Mexican government, the result of 11 investigations.
The recovery of the items, which include statues, hatchets and pottery, came about in different ways, according to information from the U.S. Embassy in Mexico City.
In a Montana case, Homeland Security special agents kept tabs on an art dealer who had paid members of the Tarahumara, a tribe in northwestern Mexico, to rob items from ancestral burial caves in Chihuahua’s Copper Canyon area. The idea was to consign the items in a local gallery.
In a 2009 undercover case, agents discovered a Fort Stockton, Texas, resident in possession of 200 artifacts that had gone missing a year earlier from a museum in the Mexican border state of Coahuila.
A couple of copper hatchets were discovered at San Diego International Airport, having arrived from Sweden. At the Chicago Port of Entry, U.S. Customs and Border Protection officers happened upon a Nayarit figurine.
These far-flung discoveries will come as no surprise to Mexican officials and others who follow the widespread illicit trade in Mexican cultural artifacts.
Noah Charney, the founding director of the nonprofit Assn. for Research Into Crimes Against Art, or ARCA, noted last year that Mexico had reported more than 2 million art objects stolen between 1997 and 2010, according to figures from Mexico’s National Institute of Anthropology.
Charney wrote that the yearly average of stolen items in Mexico surpasses the yearly average in Italy -- the country with the most stolen art reported each year in Europe -- by a factor of five.
The comparison, he added, is probably somewhat flawed, since the Italian pieces tend to be more substantial works and Mexican antiquities “may include fragments or very low-value” items. But the problem is serious enough that the Mexican ambassador to France last year asked for UNESCO to consider strengthening its 1970 Convention on Protection of Cultural Property, which set international standards to help prevent the plunder of precious cultural items.
The return of the Mexican items occurred during a “repatriation ceremony” at the Mexican Consulate in the border city of El Paso.
Tensions over border issues have been running particularly high of late after a number of shootings of Mexicans by U.S. Border Patrol agents. In statements Thursday, officials emphasized the healthy partnership between the two countries, at least when it comes to hunting down and returning stolen art.
Homeland Security Investigations Assistant Director Janice Ayala touted the “teamwork and cooperation” between the countries, while Mexican Consul General Jacob Prado thanked U.S. officials for returning items “which are a part of the cultural heritage and the historical memory of the people of Mexico.”

Basel prosecutors say they’ve arrested a 27-year-old Swiss man for receiving stolen antiques mainly from Eastern Europe.
The man is said to have had 14,000 coins and 800 other antiques recovered by officials in Switzerland, Austria, and Germany.
Most of the goods went through Balkan middlemen, and dated from the Roman, Greek or Byzantine eras.
Prosecutors said the Basel smuggler had been suspected for years, and is accused of money laundering, fraud, and multiple counts of violating laws on transferring cultural goods.
Two accomplices in Switzerland are also being charged, but no other details were given.

A 70-year-old man from the Limburg Walem must pay a fine of fifty thousand euros for involvement in one of the biggest art robbery of the Netherlands. The Rotterdam court sentenced the man Thursday for healing and money laundering. Two other participants each received a fine of ten thousand euros.

The case revolves around nine paintings by Renoir and Pissarro, among others, in 1987 from art trade Noortman in Maastricht were stolen. The 70-year-old prime suspect kept the paintings hidden for years.

When the theft in 2009 was barred, offered the Limburger eight paintings with a 38-year old man from Germany and his 65-year-old mother from Belgium to an insurance company. They wanted a substantial finder's fee for it. The insurer had after the robbery five million guilders paid to the art market and would therefore have an interest in the paintings back, because then at least a portion of the money could be demanded.

The paintings were also recovered after the arrests. They are in varying condition. Some paintings were folded and severely damaged. They have now been transferred to the insurance company. The ninth painting is burned according to justice.
Posted by Art Hostage at 4:08 pm