In a stunning raid on a loaded commercial aircraft, eight armed robbers got away with as much as $350 million of gems. WSJ's Daniel Michaels explains why it looks like the thieves had inside help in breaching very tight security. 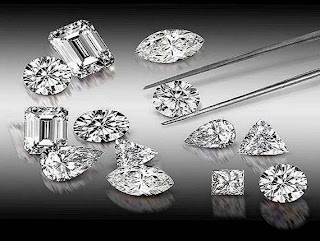 In Swift Brussels Gem Heist, Inside Help Is Seen

BRUSSELS—Twenty-nine passengers sat aboard a Zurich-bound flight here Monday evening waiting for the last bags to be loaded, when heavily armed robbers raced up to the plane and stole more than 120 packages of diamonds whose value is estimated as high at $350 million.
Some of the eight masked assailants stood in front of the Helvetic Airways jet plane with machine guns, pointing laser sights at the pilots inside the cockpit while others forced ground staff to open the plane's cargo doors, according to Belgian prosecutors and other people familiar with the events.

The robbers snatched specific consignments and sped off in minutes without firing a shot, said Belgian prosecutor Ine Van Wymersch. "It was well-prepared and very professional," she said.
The heist passed so quickly and quietly that travelers on the plane and inside the terminal barely knew what had happened. "It wasn't something you'd expect to see in real life," said Brussels Airport spokesman Jan Van der Cruysse. "It was something you'd see in the movies."
The thieves appeared to have detailed information about both the cargo and operations at Brussels Airport, said aviation security specialists, and likely had help from people at the airport. That underscores worries by international law-enforcement officials that, in spite of many years of improvement in airport security, the many workers at these facilities continue to pose a threat for their potential to help not only criminals, but also terrorists.
The brazen heist is Europe's highest-value and most dramatic tarmac holdup in a decade, said aviation security specialists. But because it wasn't yet clear what was stolen, estimates of the actual value varied. The declared value of the stolen diamonds, a mix of rough and polished stones, was about $50 million, according to a spokeswoman for the Antwerp World Diamond Centre, a coordinator for diamond traders in the city. Another person familiar with the events said the jewels could be worth up to $350 million. Ms. Van Wymersch, the prosecutor, declined to place a value on the stolen gems.
Swiss International Air Lines, for which Helvetic operated the flight, said in a statement that the heist "was evidently aimed at valuables" on the plane, including diamonds. Neither the passengers nor the four crew members aboard the Fokker 100 jetliner were hurt, Swiss said.
At 7:47 p.m. Monday, two black vehicles with blue police-style lights pulled up to the plane, which had just been loaded, according to the prosecutor, Ms. Van Wymersch.
The robbers apparently knew that one segment of the airport's perimeter, protected by two layers of 10-foot-high fencing and concrete blocks, could be crossed more easily due to construction, said a person familiar with the events. The fences were cut before the Audi A8 and Mercedes van, models typically used by Belgian security forces, reached the airport, this person said. The assailants slipped onto airport territory between security patrols, said another person familiar with the events.


The assailants then appear to have waited and only proceeded after receiving word that the valuables were loaded onto the plane from an armored truck, which arrived at the airport with an armed escort, the first person said. The robbers' disguises were precise down to armbands worn by airport police, this person said.
One vehicle was later found thoroughly burned and "was probably used" in the theft, Ms. Van Wymersch said. "At this stage of the investigation, everything is still possible."
The robbery was unusual for its boldness and for the number of people involved, said Robert Read, global head of fine art at specialist insurers Hiscox Ltd. HSX.LN +1.68% in London, who has handled hundreds of theft claims.
"Eight armed men is a mini army," said Mr. Read, who estimated that the entire team involved in organizing and working as lookouts was about 20 people.
Mr. Read said that while the gang "got lucky" that their heist proceeded without violence or problems, "the theft is the easy part." Laundering so many diamonds won't be simple, he said. "It's hard to move that much without raising eyebrows."
Brussels Airport is a gateway for diamonds and gold coming in and out of Antwerp, a world hub for trading in gems and precious metals. About $200 million in diamonds enter and leave the city daily, with about 99% of that moving through the Brussels Airport in several shipments each week, according to the spokeswoman for the Antwerp World Diamond Centre.
Central Antwerp has implemented strict security measures over recent years, including extensive video surveillance, requirements for diamond merchants to have alarmed safes and close cooperation with local police. Reports of suspicious incidents can be sent to police online. "It's safe to say we're the safest diamond center in the world," the spokeswoman said.
But she said Antwerp diamond merchants are "concerned" by the airport heist, she said. Shipments to and from the airport, in armored vehicles, are accompanied by armed escorts, but once they enter the airport they lose their armed escort, she said.
Findel Airport in tiny Luxembourg, next to Belgium, is working to attract valuable goods by creating a high-security zone far away from most airport activities. Planes will taxi past for loading of precious cargo, such as art and jewels, which will take only a few minutes, according to the airport and people familiar with the plans.
"There's massive demand" for such a facility, said Mr. Read at Hiscox.
The precision of the Brussels heist indicated extensive help from airport insiders, said air-security experts, who noted that all airports employ thousands of low-paid workers and face high staff turnover. People handling air freight are aware of valuable consignments because every cargo shipment carries a waybill, which is similar to a passenger's boarding pass. Waybills must move openly through cargo systems so handlers can plan how to load freight.
In February 2004, six armed robbers working on inside information raided a warehouse at London's Heathrow Airport and escaped with £1.75 million ($2.7 million) in cash. The men were later caught and convicted.
Since the terrorist attacks of Sept. 11, 2001, law-enforcement officials have grown increasingly concerned about security threats posed by people working inside airports or other sensitive facilities. U.S. President Barack Obama in November issued a presidential memorandum on the National Insider Threat Policy, which aims to combat dangers such as espionage, violence and "unauthorized disclosure of classified information," according to the memorandum.
Security officials acknowledge that events such as the Brussels robbery may be impossible to completely prevent. "You can minimize access to information, but you can never eliminate the threat," said one European official involved in security.
Since Sept. 11, airport holdups have dropped significantly due to measures aimed at potential terrorists. Brussels Airport suffered a string of dramatic robberies more than a decade ago, prompting airlines and insurers to press the Belgian government and the airport company to tighten security around the facility.
Before European countries began adopting the euro in 2001, airport robberies were more frequent because national currencies were frequently transported among countries, aviation-security officials have said.
In the decade through 2002, armed robbers staged at least 10 major heists on the tarmacs of European airports and robbers who didn't pull guns executed many more thefts of cash, diamonds and other valuable cargo from high-security areas, according to airport-security specialists.
Monday's theft was the first at the airport since 2002, said Ms. Van Wymersch, the prosecutor.
Write to Daniel Michaels at daniel.michaels@wsj.com

Armed robbers have made off with a "gigantic" haul of diamonds after a rapid raid at Brussels Airport.
They broke through a fence on Monday evening and stole gems which could be worth 50m euros (£43m; $67m), as they were being loaded from a Brinks security van onto a Swiss-bound plane.
They escaped back through the same hole. Police later found a burned-out vehicle close to the airport.
Police are looking for eight men, a prosecutors' spokeswoman said.
Caroline De Wolf, of the Antwerp World Diamond Centre, estimated the haul at 50m euros, saying: "What we are talking about is obviously a gigantic sum".
AFP quoted an unnamed spokeswoman at the same Antwerp centre calling the robbery "one of the biggest" ever.
She said that the diamonds were "rough stones" being transported from Antwerp to Zurich.
Antwerp is the hub of the world diamond trade - about 150m euros' worth of stones move in and out of the city every day, the spokeswoman added.
No shots Brussels prosecutor's spokeswoman Anja Bijnens said the thieves were masked and well armed, but no shots were fired and no-one was hurt in the raid.
They used two vehicles, the raid was over in a matter of minutes, and they made off into the night.
An airport spokesman, Jan Van Der Crujsse, said the robbers made a hole in the perimeter fence and drove up next to the Swiss passenger plane that was preparing to leave.
He could not explain the security breach. "We abide by the most stringent rules,'' he said.