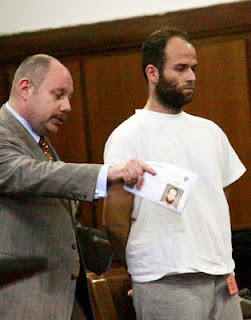 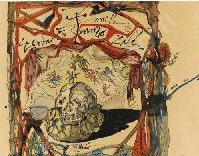 A fashion industry publicist avoided a jail sentence by pleading guilty on Tuesday to stealing a drawing by the Surrealist artist Salvador Dalí from the wall of a newly opened Manhattan art gallery last year.

The publicist, Phivos Istavrioglou, 29, accepted a plea offer just a week after he was charged in court. He admitted that he tucked the 1949 drawing into a shopping bag and walked out of the Venus Over Manhattan gallery, on the Upper East Side. He took the drawing to his native Greece, but after seeing news coverage of the theft, mailed it back to New York in a cardboard tube.
“It was a stupid thing to do,” Mr. Istavrioglou said in court.
The drawing, “Cartel de Don Juan Tenorio,” was valued at about $150,000, prosecutors said.
Prosecutors had sought four months of jail time and restitution to cover the costs of the investigation. But Justice Charles H. Solomon of State Supreme Court in Manhattan offered a sentence under which Mr. Istavrioglou would avoid additional jail time if he remained incarcerated until his formal sentencing on March 12 and paid $9,100 in restitution by that date.
Mr. Istavrioglou, who had been living in Milan when he was arrested, will be turned over to immigration officials and face almost certain deportation, said Jordan Arnold, an assistant district attorney.
“Quite honestly, Phivos wanted this done,” Mr. Istavrioglou’s lawyer, David J. Cohen, said outside of court. “It has been tormenting him since the first day.”

Credit must be given to Mark Fishstein of the NYPD for his tireless efforts which resulted in the recovery of the Dali and the conviction of  Phivos Istavrioglou. Thieves should think twice before targeting New York as Mark Fishstein will always be there waiting to apprehend those with stealing art on their mind.
Stealing art in New York.........Forget about it
Posted by Art Hostage at 1:27 pm

Ridiculous story there. What occurred after? Thanks!