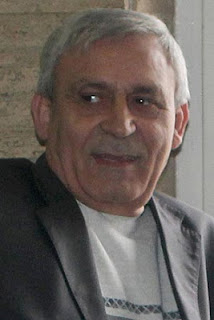 London - A £1.2-million (about R14.5-million) Stradivarius violin snatched from a railway cafe may have turned up 1,300 miles away in the hands of an Eastern European crime boss.
The instrument was stolen when virtuoso Min-Jin Kym was distracted as she chatted with her boyfriend at Euston station in London more than two years ago.
The South Korean-born musician, who plays with the Royal Philharmonic Orchestra, was devastated by the loss.
But now detectives believe overseas colleagues may have solved the mystery of its disappearance after a sting operation.
A leading member of a gipsy crime family, Hristo Varbanov was arrested in the Bulgarian capital Sofia as he tried to sell the violin to undercover officers for around £250,000.
The 66-year-old career criminal is a member of the Meshereto, a shadowy gipsy body which administers ‘laws’ and is outlawed in Bulgaria. Detectives and insurers are preparing to send an expert to Sofia within days to confirm the identity of the violin.
They think it is highly likely to be the missing instrument as there are only 400 Stradivarius violins in circulation, of which just three are unaccounted for.
The case highlights the illicit underground trade in rare antiques and art across Europe.
Expensive artefacts are often used as collateral by organised criminal gangs even when they are so well known they cannot be sold on the open market.
The violin, made in 1698 by Italian master Antonio Stradivari, was stolen from Euston in November 2010.
Miss Kym, who bought it a decade earlier for £750,000, was distracted by two boys while eating at a branch of Pret A Manger. When she looked back the violin, which was in its case with two antique bows worth almost £70,000, had disappeared.
The thief, Irish traveller and - one-man crimewave- John Michael Maughan, 30, was caught after police recognised him on CCTV footage.
He named his young accomplices but the trio blamed each other for the theft and pointing the finger at each other over who last had the violin. Their trial was told Maughan ended up a ‘pariah’ among travellers after ‘grassing up’ the others.
It later emerged he had tried to sell the violin to a bus driver the next day for £100 but the man said his daughter ‘already had a recorder’.
Maughan was jailed for four and a half years. The judge was told the instrument was Miss Kym’s ‘life and profession’ and she purchased it by ‘trading up’ as her career took off.
Police have previously offered a £30,000 reward for the violin’s recovery and detectives went on Crimewatch to appeal for help.
Detective Inspector Andy Rose said the violin may be ‘extremely valuable’ but its sell-on value was ‘practically nil’ because it is so easily identified.
A British Transport Police spokesman said officers are liaising with colleagues at the Serious Organised Crime Agency.
She said: “We’re trying to establish with the underwriters and international colleagues the instrument’s background.”
Miss Kym began playing aged six and made her international debut with the Berlin Symphony Orchestra when she was 13.
She is signed to record label Sony Music Entertainment, has played with the Royal Philharmonic and toured with some of the world’s leading orchestras.
Posted by Art Hostage at 8:08 am