Art Thieves beware: museum curators are after you, Only part-time !! 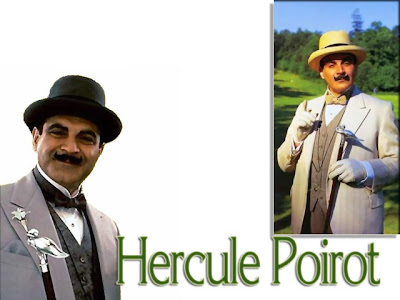 Thieves beware: museum curators are after you

LONDON. Faced with the prospect of dissolution, the Art and Antiques Unit of the Metropolitan Police has come up with a new idea—to recruit curators and art historians as special constables. The scheme, dubbed Art Beat, is set to start in April. This is the first time the police has attempted to recruit such specialist volunteers.

Detective Sergeant Vernon Rapley told The Art Newspaper that the scheme was devised after the Art squad was told by the Metropolitan Police Authority that it could be disbanded if it did not become 50% self-financing by 2008.

Art Beat Special Constables are being recruited from museums such as the Victoria & Albert and the British Museum, universities, insurance companies and other cultural organisations. After four weeks training in police procedure as well as specialist art squad techniques, volunteers will be sponsored by their employers to work as Special Constables for 200 hours a year or one day a fortnight. They will be uniformed and will have full police powers.

“The aim is to build bridges between the police and the art world and maintain a high visibility presence in areas with a high level of art sales,” said DS Rapley. “This could include patrolling antiques markets like Bermondsey or areas with clusters of art dealers like Kensington Church Street, Bond Street or Camden Passage, or undercover intelligence work.”

The Art and Antiquities Unit currently consists of only four full time officers. “At the moment we are not receiving as much information as we would like from the art trade,” said DS Rapley. “We have tried to recruit from areas with the kind of specialist knowledge that will benefit from our work.” So far the police have recruited archaeology and antiquities experts, and hope to have 14 constables trained by April.

Policing on the cheap, this is unpaid work that will do nothing to stop the lack of good quality intelligence received by Police in the last two years.

Information received from the art trade is down 90% in the last two years, the reason is the disgusting manner in which informants are treated.

A classic example of negligence by the Police.
One month before Harry Hyams

was robbed last year an Antiques dealer from Cheltenham offered to provide details, via a third party, of the plans to target Harry Hyams.


This potential informant would provide times, names and how the robbery would be carried out.
Police could, and should of been lying in wait for the Hyams robbers, so when they struck, at Ramsbury Manor they would be caught red-handed. 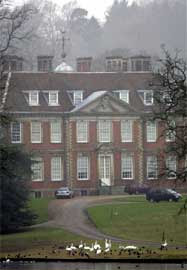 The price for this crucial information was £100,000, to be given to a trusted third party, a lawyer, to be handed back to authorities if the sting did not prove fruitful. If successful, the Cheltenham Antiques dealer would receive the £100,000.
Police responded by saying:

"We, the Police, require everything from informants, they in return get nothing from us, other than a few pounds expenses"

Within Two weeks Harry Hyams was robbed of £80 million worth of artworks.

Subsequently, via the private sector, some items were handed back, without pre-condition.
Authorities promised a convicted criminal a lighter sentence if he could facilitate the return of the Harry Hyams artworks, unfortunately this criminal did not get any support and received four years jail time.

Dismayed, the private sector involved in Art Loss Recovery is sitting on its hands, not being able to act on inside information.
For the moment all that is left is to shake one's head in disbelief.


The notion that these unpaid museum curators, civil servants, misguided antiques dealers will get any relevant information about art related crime is pure folly.

Those engaged in the panorama of art related crime will not only see these keystone cops coming, but also use these antiques dealer/Policemen to get inside information about law enforcement.

This will end in violence, corruption and tears for all concerned.

There are already enough ex-Art Squad policemen investigating art related crime in the private sector, the last thing needed is some half trained, half baked curator thinking he is Hercule Poirot, someone is going to get hurt.

I cannot wait to hear what Dick Ellis, Malcolm Kenwood, Mark Dalrymple and Charlie Hill have to say about this one.

In 1990, two thieves dressed as police officers gained entrance to the Isabella Stewart Gardner Museum in Boston, successfully executing the largest art heist in modern history. Among the 13 priceless works lifted was Vermeer's "The Concert," thought to be the world's most valuable stolen painting. STOLEN thoroughly explores the theft and the fascinating, disparate characters involved.