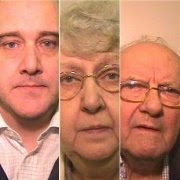 
A man was jailed for four years and eight months yesterday after earning £850,000 from making fake art treasures with the help of his parents in their 80s in their terraced house in Bolton.

Shaun Greenhalgh's biggest triumph was the sale for £440,000 of a statue which he claimed was 3,300 years old and represented the Princess Amarna, daughter of Pharaoh Akhenaten and Queen Nefertiti. 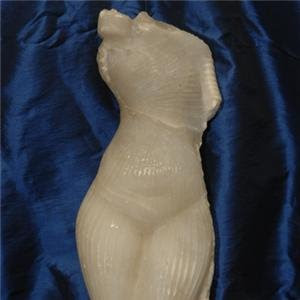 It had, in fact, been "knocked up" in a garden shed. But he and his parents fooled the museum and art gallery of the town in Greater Manchester, which bought the piece and put it on display.

Greenhalgh, 47, his father, George, 84, and mother, Olive, 83, admitted conspiring to defraud art institutions between June 1989 and March 2006. She was given a suspended jail term of 12 months, while her husband will be sentenced later.

Their cottage industry did not confine itself to Egyptology, but produced artifacts ranging from a Roman plate to a goose supposedly sculpted by Barbara Hepworth. According to the Metropolitan police arts and antiques unit, the trio may have worked less for profit than to shame the art world. 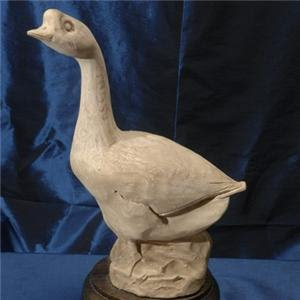 "We believe Shaun is a failed creator who had no success selling his work because, as he saw it, he had not been to art school and did not know the right people," said Detective Sergeant Vernon Rapley. "He realised he could make more money conning the art market. He wanted to show them up, and to a degree he succeeded."

"The antiquities and art were produced by Shaun Greenhalgh and sold by George Greenhalgh with, from time to time, the assistance of his mother Olive," said Peter Cadwallader, prosecuting, at Bolton crown court.

"It appears that, although gifted as an artist, Shaun Greenhalgh was not a salesman. His father, in particular, fulfilled that role admirably, and fooled experts from all the great auction houses and other experts from Leeds to Vienna and from London to New York."

The business began in 1989 when George Greenhalgh took to Manchester University a small silver object bearing an alleged Old English inscription and containing a relic of the true cross. Experts at the British Museum and English Heritage concluded it was not an original but that the wood was possibly genuine. It was bought for £100, and later made the subject of an academic thesis.

The court heard that the family business was exposed when three "Assyrian" stone reliefs, taken to the British Museum, were proved to be fakes. Outside court, detectives said experts spotted a spelling mistake in their cuneiform script.

"It will be never known the full extent of the enterprise or the monies that were made," said Mr Cadwallader. "As to bank accounts, the records only go back for six years, which is only a little over a third of the whole period."

For Shaun Greenhalgh, Andrew Nuttall said: "Mr Greenhalgh discovered many years ago he has no style of his own ... He had one outlook and that was his garden shed. The Amarna Princess was knocked up in three weeks in this garden shed.

"He was trying to perfect the love he had for such arts. That talent was misdirected."

The Greenhalghs also pleaded guilty to laundering the money made from the fakes. Rapley said: "Despite their talent and ability to reproduce these artworks and the false provenances that accompanied them, they were still living a relatively frugal life on the proceeds of their crime.

"Whilst numerous forged items have been recovered and every effort has been made to trace all the Greenhalgh forgeries, there can be little doubt that there are a number of forgeries still circulating within the art market."
Below, Copy of The Meeting House by L.S. Lowry 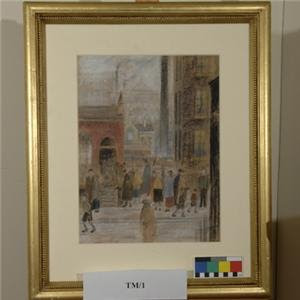 Art Hostage comments:
The current art market is so competitive that people get intoxicated by Provenance, they fail to spot the obvious.
Interesting to note there was a spelling mistake in the Syrian relief, simple mistakes have undone many a sophisticated cunning plan.
Posted by Art Hostage at 4:16 pm