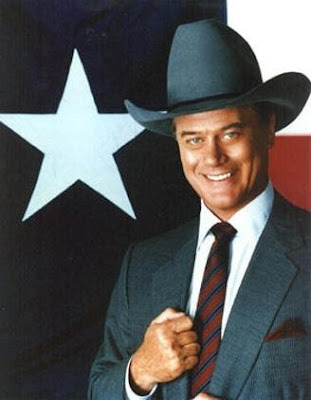 At the High Court in London, today, two paintings by Indian artist F. N. Souza valued at
£300,000 were awarded to Aziz Kurtha, a well known collector and lawyer, and author of a book on the artist.
Kurtha sued a dealer, Michael Marks, for the return of his stolen pictures. Some
of Kurtha’s collection had disappeared from storage in the 1990s and appeared at Bonhams in
2002 with no satisfactory provenance and after a settlement with the consigners they were
returned to him.

In today’s case, Marks claimed he had bought them from another dealer, Mr Demetriou, one of the consigners to Bonhams, and Demetriou claimed that he bought them from another dealer, Mr Martin.
This case hinged on whether there was a good faith purchase by Martin before 26th Feb
2001 i.e. within the six year Statute of Limitation period which would give him clear title.
Martin relied on an alleged sale by a Miss Barnarse for £200 in cash for which he had no
contemporary evidence except a note which he dictated to her in April 2006.

Demetriou stated that he paid Martin £15,000 in cash for the two pictures, for which there was
no documentation, and planned to sell them on to Marks for £125,000. The Judge found that this sale was bogus and they were probably acting in partnership.
The Judge said that the evidence of Marks and Demetriou was not satisfactory and that Martin may well have known that the pictures were stolen.

The missing pictures were registered with the Art Loss Register who undertook an investigation
into the alleged provenance.

In this important judgement for the art trade, Mr Justice Tugendhat stated “A dealer in
valuable works of art who pays in large amounts of cash, keeps no record, and asks no questions
as to provenance ..., exposes himself and those who buy from him, to other very serious risks,
including queries relevant to tax from HMRC.
a prosecution under the Proceeds of Crime Act (and) a civil recovery order.”

“This case is a classic example of stolen pictures being secreted by those who know they are
stolen and slowly introduced at the bottom end of the market.
Dealers who do not undertake due diligence are likely to pay for it in damages, which in this case may be £150,000” said Julian Radcliffe, Chairman of the Art Loss Register.

The Art Loss Register (ALR) is the world’s largest private international database of lost and
stolen art, antiques and collectibles that provides recovery and search services to private
individuals, collectors, the art trade, insurers and law enforcement through technology and a
professionally trained staff of art historians.
The ALR was formed in 1991 through a partnership between leading auction houses and art trade associations, the insurance industry and the International Foundation of Art Research.
The ALR has been involved in the recovery of over 1,000 works of art worth with an estimated value of £100,000,000. With over 185,000 items on its database of lost and stolen art and antiques, it undertakes over 300,000 searches a year.
The ALR is recognised as an integral part of art recovery and assists museums and the art trade undertake due diligence.
The ALR is more than just a database as its expertise in the field of art crime, inventory management and title negotiations denote.

For further information contact:
Julian Radcliffe
The Art Loss Register
First Floor
63-66 Hatton Garden
London EC1N 8LE
Tel: +44 (0)20 7841 5780 Fax: +44 (0)20 7841 5781 Email:artloss at artloss.com
Art Hostage comments:
The grubby, rancid Art and Antiques trade is one of the last bastions of cash dealings.
Whilst other trades have had to comply with money laundering laws the Art and Antiques trade not only still enjoys the dark practice of cash transactions, but also provides a haven for money launderers to wash their ill-gotten gains without scrutiny.
Credit must go to the Art Loss Register, and yes to Julian Radcliffe, whom I described as a Weasel featured little turd on many occasions, having received his O.B.E. for other buggers efforts, (mostly out of envy).
However, when you compare Julian Radcliffe to the likes of Marks, Demetriou, and Martin, J.R. looks positively honourable and noble.
Hence forth Julian Radcliffe will be known as J.R. Shoe-in !!
Posted by Art Hostage at 2:32 pm

For that rather strong comment, you should send Mr. Radcliffe the hat!

The strong unwarrented comment about J.R. is a result of resentful envy from someone who has spent the better part of his life "Lower than a Snakes Belly !!"

The resentment towards J.R. began when the Cezanne still life was recovered and all the rumour that went with it.

Rivalry and resentment runs through the whole art recovery world.

J.R. must be doing something right, otherwise no-one would comment on him.

Whoever recovers high profile stolen art is in line for resentful envy, be it the much mailgned Charlie Hill, Marky Mark Dalrymple, and Tricky Dicky Ellis to mention a few.

God forbid genuine co-operation breaks out amongst art loss investigators, there would not be any stolen art left in the Underworld to talk about !!