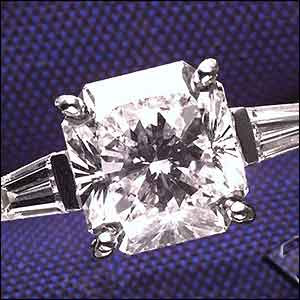 Convicted Burglar Leads Police To Hidden Stash Of Jewels
http://www.wcsh6.com/
LOS ANGELES, CA (NBC) -- A convicted burglar led California detectives to a cache of hundreds of thousands of dollars worth of stolen jewelry that he buried for safekeeping, and police are working to return the items to their owners. jewellery


Roberto Caveda was convicted on Dec. 18 of various crimes, including felony residential burglary, and was sentenced to 8-10 years in state prison, the Los Angeles Police Department reported.

During the investigation following Caveda's February 2006 arrest, detectives went to a North Hollywood storage facility where they found stolen jewelry worth about $2 million and fine art pieces that included a Degas valued at $10 million, the LAPD reported.

A public showing of the recovered goods led to the identification of residential burglary victims in Glendale, Pasadena and throughout the San Fernando Valley.

On Monday, Caveda, through his attorney, gave police a map that led investigators to a plastic pipe buried near a Freeway in Granada Hills, police said.

The pipe was filled with jewelry that may be worth hundreds of thousands of dollars, police said.

It was not immediately known why Caveda gave police the information.

Detectives are preparing an inventory of the jewelry and plan to contact victims of reported burglaries during the time frame of Caveda's crime spree, police said.