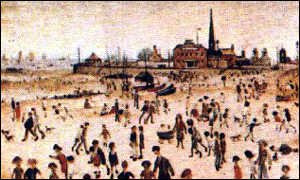 Two art dealers who stole valuable L S Lowry oil paintings from their 94-year-old owner have each been jailed for four years.

Michael Openshaw and Robert Barrett ignored the protests of the pictures' owner Dr Percy Thompson-Hancock as they took the two canvasses - 'Children on a Promenade' and 'Family of Three' - from his living room wall, leaving a £10,400 cash 'payment' behind.

They sent Dr Thompson-Hancock £6,000 in the post a few days later but it still came nowhere near the true values of paintings, the jury at Southwark Crown Court were told.

The distraught doctor and his family desperately tried to retrieve the paintings, unaware that they had been auctioned off by Bonhams for £78,000.

Eight months after the theft, the two appeared - with a price tag of £215,000 - at a Bond Street art gallery where they were spotted by Dr Thompson-Hancock's granddaughter.

Neither of the two men showed any reaction as the jury convicted them of two counts of theft. They rejected their claims that they had been victimised by the former doctor's "greedy" relatives after they had realised how much the oils were worth.

Passing sentence, Judge David Elfer QC told them: "What you men did was despicable. It was in fact a determined crusade by you to get from the doctor the best pieces that he had."

He said they had pestered their elderly victim repeatedly to part with the paintings, until finally they decided to take no more notice of his refusal to sell.

The court later heard that Mr Openshaw had only one previous conviction against him, but that Mr Barrett had a list of court appearances dating back 28 years.

They included stealing £9,000-worth of antique furniture from the home of a 90-year-old deaf and bed-ridden man.

Case officer Detective Constable Tim Snuggs said: "This case highlights the danger waiting for the old and frail, who should receive respect but don't, who cannot defend their homes and valuables and who don't know whom to trust."

He said it was difficult to gauge the extent of this sort of crime as victims were often too old and scared to come to court.

The five-day trial heard that Dr Hancock and his wife had built up a small collection of antiques and works of art including the two Lowrys over a number of years.

About five years ago, Robert Barrett and Michael Openshaw called round expressing an interest in some of the items.

They seemed "nice and sociable and appeared genuine" the doctor recalled, and he sold them a number of his pieces.

However, he always made it clear that the paintings, which he intended to leave to his two daughters, were not for sale.

It now seems likely that the two oils will eventually be returned to Dr Thompson-Hancock and his wife.

Fast forward to the Court listings for April 23rd 2008, see below:

The link between the two cases.

A certain Anthony Hershal Blok was the solicitor, from Sears Blok and co, representing Barrett and Openshaw in the 1998 Lowry case.

Barratt and Openshaw complained about the £30,000 fee charged to them by Sears Blok for which they still got 4 years jail.

Michael David Underwood is a notorious Brighton Antiques Knocker Boy, nicknamed "The Ambassador" who was jailed, along with another Brighton Knocker called Lee O'Donnall for duping an elderly woman out of a porcelain plaque and was jailed for around 2 years.

The appearance together at the Court April 23rd 2008 as defendants leaves me wondering if the Brighton Antiques Mafia Lawyer has been caught up some kind of Art related criminal activity ??

Perhaps someone out there could clarify why these two, Anthony Hershal Blok and Michael "The Ambassador" Underwood are appearing together ??

Heard the other day Michael (Mickey) Underwood bought a Plane...... and for the other leg he bought a Razor !!! 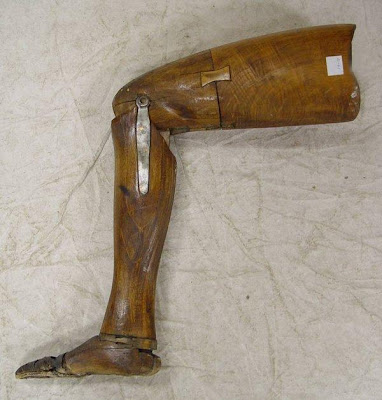