Stolen Art Watch, Hobbs Hung Out to Dry by Establishment !! 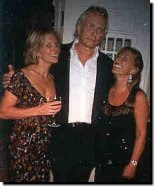 http://www.antiquestradegazette.com/news/6661.aspx
The British Antique Dealers’ Association have suspended the membership of John Hobbs pending an inquiry into the allegations made against the Pimlico Road dealer in a national newspaper.

In an article that made the front page of April 6's Sunday Times, it was alleged that Mr Hobbs had sold as genuine antiques, objects that were largely the creation of his restorer Dennis Buggins. Photographs appeared in the paper of a parquetry wardrobe and four lion-carved monopedia legs that were cannibalised to produce a side table described as Italian, early 19th century on John Hobbs' website.

Mr Hobbs, who says the table was not for sale and should not have been on his site, strongly denies any wrong-doing or ever knowingly selling a fake.

The information for the article came from Mr Buggins, a Kent-based restorer who also traded in architectural salvage as Extreme Architecture and recently sold much of his stock at auction.

Mr Buggins, who is currently involved in a legal dispute with Mr Hobbs, told the paper he only recently discovered that the replica and revamped antiques he says he produced had been offered for sale as original pieces.

The BADA's code of practice says that for an item to be sold as antique it should be "in substantially the same condition as when originally made" and "not added to or altered to any material extent". Mark Dodgson, deputy secretary general of the association, told ATG it has been more than a decade since the BADA faced such potentially damaging allegations about one of their members. "The article is not good publicity for the trade but we want to be fair. These are, as The Sunday Times conceded, simply allegations at this stage," he said.

A panel has not yet been formulated nor is it clear how the investigation will be carried out.

Art Hostage comments:
John Hobbs, now read this very carefully and consider this in your future decisions.
John Hobbs, your spectacular fall from grace is certain and the speed of fall will be up to you.
You must realise that this whole thing is going to take on a life of its own and there will be criminal investigations on both sides of the Atlantic.
O'h yes, FBI Icon Robert Wittman is watching carefully and will strike when the time is right.
Denice Buggins is about to sing like a Canary for immunity and will implicate everyone he has had contact with, also pointing authorities in the right direction of stolen high value antiques housed in collections in America as well as Europe the far East and Australia, not to mention the Middle East.
Top end Antiques dealers will be falling like domino's and be prosecuted for their dishonest dealings.
Now most of these guys are not that staunch so will start singing like Canaries to save their skin.
John Hobbs, before you go back to selling Soiled Beds from the North End Road, London, you should consider being the first to sing like a Canary to the FBI Art Crime Team, FBI Agent Robert Wittman in particular. Bob will catch the Red Eye from Philly and meet you in New York to firm up things. http://www.fbi.gov/hq/cid/arttheft/arttheft.htm
John Hobbs, you will need to be straight as a gun barrel with Bob Wittman and tell him where all the stolen and altered antiques are housed across America.
Sorry to be brutal John Hobbs, but You ARE going down, so take them all with you, you know where the bodies are buried !!!
Trust me when I say this is going to be the Mother of all scandals that will rock the High End antiques trade to its foundations.
John Hobbs, you are in the driving seat, trick is to reserve a seat for when the music stops.
Who knows, this could, in the end, endear you to the New York Female socialite set and you can claim to bring a whole new meaning to the phrase "Faking it in the Bedroom"
John Hobbs, don't take this lying down, if you will excuse the pun, especially if it's on one of those Soiled, Pissy, second-hand beds you used to sell !!
John Hobbs, Rumour has it you sold Tracey Emin her soiled bed !!
John Hobbs, your new business awaits:
John Hobbs Soiled Beds
London & New York 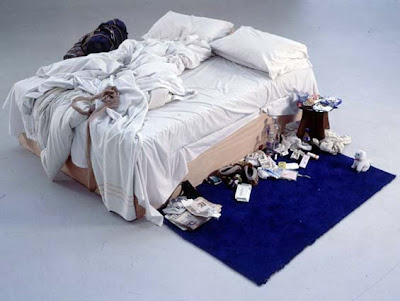