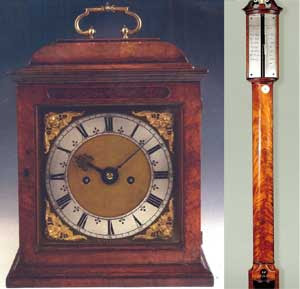 BURGLARS ransacked a Much Hadham home, snatching a haul of valuable and rare antiques.

Police are now asking for the public's help to trace the items which were taken last week.

The thieves gained entry to the house at 2.50am on Friday October 24.

They were disturbed when the intruder alarm activated and they left the property.

Detective Sergeant Tim Johnson, from the burglary and robbery team at Hoddesdon police station, said: "The owners of the items stolen are understandably upset by the burglary and are very keen to trace the stolen antiques.

"I would strongly encourage people to come forward if they have seen any of the items described, or if they have been offered to them for sale."