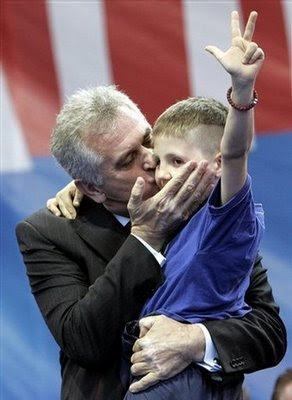 A member of a gang of notorious jewel thieves nicknamed the Pink Panthers has been arrested in Italy.

The gang, made up of ex-soldiers from the Balkans, is believed to have carried out dozens of robberies and raids around the world, most recently in February on an upmarket jewellery shop near Rome's famed Spanish Steps, a popular tourist haunt.

Mitar Marianovic, 60, a Montenegrin of Serbian background, was arrested after police allegedly found his fingerprints on a plastic bag left behind during the lightning raid.

Mitar was allegedly the organiser of the robbery, in which the gang stole 1.5 million euros' worth of jewellery from the Roberto Coin jewellery boutique in the Italian capital's Via Vittoria.

They pulled out weapons, threatened staff and managed to escape with their haul within just a few minutes.

Italian police are hunting the two other men who took part in the heist, who are still at large.

Nicknamed the Pink Panthers because of their habit of targeting jewellers, and wanted by Interpol, the gang is believed to consist of ex-soldiers from the former Yugoslavia, who fought in the wars of the 1990s.

They are believed to have been responsible for dozens of robberies around the world, including a raid in Dubai in 2008 which they smashed two cars into the windows of a jewellery shop, making off with jewellery and designer watches.

The gang is also suspected of having been behind around 120 robberies in Britain, Germany, Monaco, Spain, France, Japan and Luxembourg, stealing jewellery worth up to £150 million.

During a raid in St Tropez in the south of France in 2005, they dressed up as tourists in shorts and Hawaiian-style shirts and then fled the scene in a powerful speedboat.

The gang was suspected of being behind a raid in the French Riviera resort of Cannes in November last year in which a jeweller was fatally shot.

He was killed with a single bullet to the head, as the gang smashed display cabinets with baseball bats.

The robbers, armed with Kalashnikovs, escaped on motorbikes, wearing helmets and masks.

A raid on two casinos in the south of France in April last year was also blamed on the Pink Panthers.

A senior French investigator said the raids bore all the hallmarks of the gang – "swift, meticulously planned, brutally efficient and (with the use of) heavy weapons".

The Pink Panthers earned their nickname in 1993 after stealing a £500,000 diamond from a jewellers in Mayfair and hiding it in a jar of face cream – a trick copied from the 1963 film starring Peter Sellers as the bumbling Inspector Clouseau.