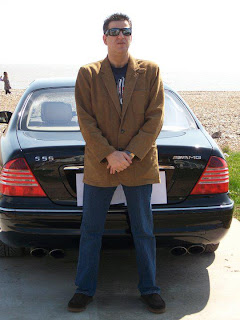 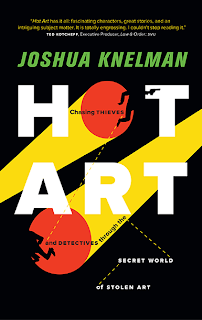 Warning: going to an art gallery may not be the same after you read this. What Joshua Knelman does in his debut novel Hot Art, a crime non-fiction, is compelling to say the least. Mixed with a lot of intrigue. He exposes the world of art theft – and not the one of Pierce Brosnan and Rene Russo in The Thomas Crown Affair. This is not a novel about millionaires who are bored and decide to steal art for the thrill. He interviews the major players in the lucrative world of art, from both the theft and legal perspectives and reveals the actual world of stolen art; which just so happens to be a completely enthralling one. Working as a journalist for The Walrus in Toronto, one encounter with a stolen art story had him hooked and sent him on years of research. Sounds like such a simple way to start a book, right? Trust me, after you read about this you will understand the ensuing fascination that comes from reading about this under-the-radar world.

An average experience of going to an art exhibit usually includes learning and reading the information provided or referring to any store of art history knowledge one may have. This idea of art as a cultural education/experience does a complete 180 as Knelman delves into the economy and world of art theft – a world where people make a living purely from dealing with art. Culture, history and talent reduced to its own private economy.
The novel begins with Donald Hrcyk, a detective in the LAPD, investigating an art crime. What the reader learns very quickly is how ubiquitous and under-reported art theft actually is. Most stolen art is never recovered due to both a lack of resources and manpower with police and the fact that all art deals are done on a handshake. One million dollar paintings sold without even a paper of ownership or receipt. Then add how international art deals are and a famous painting can go missing for 20 years before being rediscovered. This isn’t exactly what you think about when you’re standing in the Vancouver Art Gallery, which is exactly the reason Knelman wrote this book: to expose an unregulated and underground community.

The chapters move through interviews with big players in the art and art theft world; Knelman interviews detectives, art theft lawyer Bonnie Czegledi, ex-art thief Paul, and museum curators. Through this web of interviews and stories, Knelman gives his ‘characters’ such a real representation, and his own voice a feel of being an old friend you’re meeting for coffee. This world seems almost too fictional to be true as the author manages to capture the truth of the mysterious world while writing in a true crime, suspenseful manner. As each chapter bring the reader to a different place in the world and perspective of the art scene, it’s hard to remember to take a breath and remember you’re not the one jet-setting all because of Knelman’s engaging, interactive and fast-paced style.
The most impressive part of the book is how easy it is to sympathize with each of the character’s plight or paradigm. Whether it is a detective looking for a painting, the museum or company where the painting has been stolen, or the thief who took it so seamlessly, you will find yourself simultaneously hoping for every player to succeed. No, you’re not suffering from a multiple personality disorder, Knelman’s players are just that well developed and each story that fascinating.

Now, this is where I need to introduce you to Paul from Brighton, a major character in the story and a repeat art offender at that. His story begins in Brighton as a “knocker” who went door to door to be, well, an antique hunter.  With making some profit of course. This ‘career path’ grew into Paul organizing thieves to go back to particular homes to steal certain pieces in order to sell. From humble beginnings, Paul became a millionaire from being an ‘art dealer’. Not from dealing with Rembrandt’s and Monet’s, but from smaller, less well-known paintings. According to Paul you need to stay under the radar to not get caught. Which Paul never did, get caught that is, he was always under the radar though. It is this prototype that lawyers and detectives are trying to catch and regulate. Art is dealt with so smoothly however, that it doesn’t take long to pass from thief to dealer to an owner in another continent so quickly that by the time the cops know the deal is complete. Especially when the majority of art in the art theft world is a part of organized crime and drug deal pay offs.
Knelman takes the reader on a journey across oceans and perspectives so swiftly and intelligently that you can’t help but be left with a fascination for this new world. Especially when you realize some of the artworks you’ve seen or studied have been stolen multiple times, in ways worthy of traditional crime dramas. The author absolutely serves his purpose of spreading knowledge of what goes on behind closed doors in the art world, and with Knelman’s rapid, real and informative style, I don’t doubt there will be many readers on the brink of a career change to the art world. On the theft or legal side is still undecided, both create for pretty epic party stories, and cultured ones, naturally.
Posted by Art Hostage at 12:10 pm