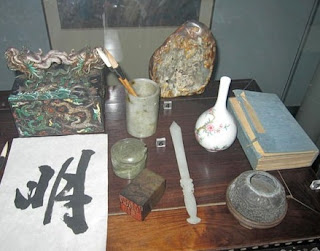 POLICE forces across eight European countries have arrested 30 members of an Irish Traveller crime network which is involved in money laundering, drug trafficking and organised robbery worldwide.
At least nine members of the organised crime group, known as the 'Rathkeale Rovers', have been served with tax demands worth €9m by authorities – following a complex investigation headed by Europol.
So concerned were international police forces with the criminal activities of the 'Rathkeale Rovers', that a special international meeting was held at Europol in 2011 to come up with a co-ordinated approach on how to tackle the crime network.
Europol director Rob Wainwright said Operation Oakleaf was established after gardai asked for Europol's expertise in gathering intelligence about the 'Rathkeale Rovers' across Europe.
The network is made up of several Traveller families who have Irish origins.
Mr Wainwright said gardai were involved in 30 Europol operations in recent months and 20 investigations were ongoing.
Investigations
Police forces in Belgium; the Czech Republic; Denmark; Finland; France; Germany; Italy; the Netherlands; Norway; Sweden; the UK; Austria; Portugal; Spain; Switzerland; and the US are involved in the ongoing investigations.
Despite the efforts of international police forces, two members of the crime network are believed to have been responsible for a daring art theft from a museum in Norway less than a fortnight ago.
The culprits broke into the Museum of Decorative Arts in Bergen on January 5 and escaped with a valuable haul of Chinese artifacts – some of which are 4,000 years old.
Europol said the crime network recently started to specialise in the theft and illegal – but highly lucrative – trade of rhino horn.
As a result, the activities of the 'Rathkeale Rovers' are now being reported in North and South America, South Africa, China and Australia.
A main source of illegal income for the Travellers is derived from tarmac fraud and selling counterfeit products such as power tools and generators.
Investigating authorities said further demands on the assets of members of the 'Rathkeale Rovers' will be made and the need for the support of the Europol Criminal Assets Bureau (ECAB) has been identified to target their finances.

AN Irish Traveller gang has been linked to an audacious art theft from a museum in Norway last weekend.
Two thieves broke into the Museum of Decorative Arts in Bergen early last Saturday morning and escaped with a valuable haul of Chinese artifacts.
The thieves were caught on security camera, wearing head-lights and using crowbars to smash the glass cases in which the treasures were displayed.
Norwegian police suspect the same gang of Irish Travellers who have already been linked by Europol to a string of robberies, money laundering, and counterfeit goods.
Gardai expect a formal request for Irish assistance from Norwegian police to follow, according to sources.
The gang is suspected of carrying out a string of robberies from small galleries and museums in provincial cities and towns across the UK and on the Continent. There have been robberies in Belgium, France and Germany.
Europol, the international police agency, issued a statement last year claiming that the gang operated as part of a criminal network that spanned America, Europe and China. The group, known as the Rathkeale Rovers, has been linked to the illegal trade in rhino horns which can fetch up to €200,000. They are believed to have stolen horns from a natural history museum in Brussels and from a collection in a small town in western France last year.
The Criminal Assets Bureau is investigating the finances of some of the principal gang members. However, many of them are resident abroad, beyond the reach of the bureau's asset-seizing powers.
The haul of artifacts stolen from the museum in Bergen included Chinese objets d'art in jade, porcelain, bronze and paper.
A director of the museum, quoted in a local newspaper, said that the thieves were professional, knew what they were after, and were most likely hired to carry out the theft to order. Some of the pieces are more than 4,000 years old.

I'VE A PORSCHE OUTSIDE 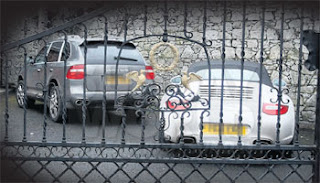 IRELAND'S notorious traveller traders have driven home in a €20million convoy of top-of-the-range motors to celebrate Christmas and THIRTEEN weddings.

A stunning array of cars was on parade in their home town of Rathkeale, Co Limerick yesterday, including TWO €180,000 Mercedes AMGs, a €130,000 Porsche Carrera and a €100,000 Porsche Cayenne.
However, the peace of the holiday homecoming was shattered when a crime gang launched a terror campaign against some of the traders in a bid to extort cash.

HEY'RE the Kings of the Road and this weekend they are back in a convoy of flash new motors straight out of a Top Gear show.

But Christmas 2010 has been anything but quiet for the traveller traders of Rathkeale.
For the past week the small Limerick town has been host to a multi-million convoy, 13 weddings, one funeral and a vicious extortionfeud.
The annual homecoming of clans, who spend the year on the road making cash, has been rocked by a vicious armed gang who are terrorising the village of millionaires in a bid to extort money.
The traveller traders traditionally return to the County Limerick town every Christmas to celebrate weddings. This year the village again resembled a Premiership players' car park, with an estimated €20 million worth of luxury motors jammed into every available space.
The expensive marques on show included Mercedes AMGs worth up to €200,000, several Range Rover Sports, which go for €100,000 and BMW X6s.
Parked up behind one set of elaborate gates was a convertible Porches Carrera, which are on sale for €150,000, and Porsche Cayenne SUV.

However, the Rathkeale travellers have had anything but a quiet Christmas with two shootings and a bombing this week.
A pipe bomb exploded at a house belonging to member of the Hegarty family in Ballywilliam last Tuesday morning. One member of the family, Michael Hegarty, is currently awaiting trial in the United States on charges of rhino horn smuggling.

Hegarty, along with brother-in-law Richard 'Kerry' O'Brien, were nabbed by an undercover US agent as they attempted to illegally purchase a rhino horn.
The powdered rhino horns sell for €50,000 a kilo to the Chinese medicine market. There were also shots fired at the roof of a caravan parked at Roches Road and another gun attack on a house in the town.
One gun attack was in retaliation for the first last Monday, according to a Sunday World source. The source also said that one traveller family had paid another clan from the Midlands to carry out the attack in a bid to scare of the extortionists.
The gang behind the threat are local and not connected to Limerick city gangsters, according to a Sunday World source.
Gardai investigating the incidents arrested three people. A number of traders are said to have handed over between €75,000 and
€100,000 in cash after being told by the thugs they had bought their debts.
This year the traditional Christmas gathering saw 13 weddings in Rathkeale and one funeral. There have also been tensions between locally-based travellers and the traders returning from all over the world.
At a special sitting of Rathkeale's District Court this week one man was ordered to stay out of pubs.
He is charged with possessing a knife and assault just days before Christmas and has been ordered not to contact members of two other families until his case is dealt with later this month.
Another Rathkealer home from the UK was fined after verbally abusing gardai and head-butting their squad car.

John Culligan (28) from Pound Lane, Rathkeale was in the queue for food at Superbits when gardai arrived to deal with an incident.
Culligan,who was drunk, began shouting and was arrested when he started banging his head of the garda car. Culligan was fined €200 for the offence.
This year it emerged than even the Rathkeale traveller traders are not recession-proof, as their businesses took a battering.
Tarmacadam crews had been working through European doing shoddy driveway work for inflated prices.
"They had burned out France and Italy, they'd gotten too well known and moved on to Romania and Poland but the money wasn't there," said a Sunday World source.
One of those, Johnny 'Bottles' Sheridan and his son Patrick 'Paperface', were exposed by the Sunday World this year.
A string of householders and business people fell victim to the smooth talking road workers in northern Italy.
Johnny 'Bottles' and his crew of workers were just one of up 25 gangs operating the scams all over Europe. Our story centred around
householder Claudio Bianchi who fell victim to the Rathkeale traveller traders in the town of Bergamo, near Milan.
"They seemed respectable so I gave them the work," the fireman told the Sunday World.
Johnny Bottles's son Paperface drums up work by calling on householders, claiming to have tarmac left over from a motorway job that can be laid for a bargain price.
Once a price is agreed the work crew quickly turns up and gets on the road again as quickly as possible to keep ahead of police and irate customers.
The Criminal Assets Bureau have also carried out investigations into many of the Rathkeale traders and the source of their wealth.
French police also targeted the traveller road-gangs working around France where they set up bogus companies to transfer cash out of the country.
Several arrests broke up one team of scammers who were making up to €100,000 a month.

Wealthy Rathkeale traders have also been in conflict with the Limerick County Council over unauthorised developments.
A number of houses were built without permission while other properties were demolished and turned into yards surround by high walls.
One resident previously complained to the Sunday World that enforcement notices sent out by the council come "too late".
"The traders are gone for 11 months of the year and they leave half-built eyesores behind them," he said.

When Art Hostage first dubbed the Rathkeale Rovers the Irish Pink Panthers people laughed and dismissed it as propaganda, but not now as these highly motivated clans have swept across Europe and beyond stealing high value artworks along the way. Furthermore, these clans can see a sting coming from miles away and will know that anyone saying they represent the museums, insurers or victims are in reality Undercover Police. So, how does one recover the stolen artworks, well Art Hostage has the answers, so a simple request of Art Hostage is all that is needed.
Posted by Art Hostage at 4:34 pm