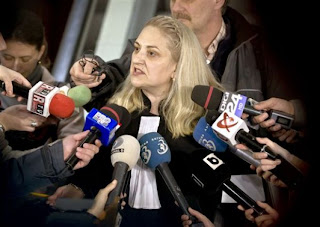 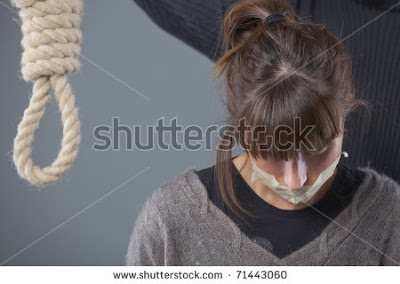 Lawyer: No proof to charge Romanians for art theft

BUCHAREST, Romania (AP) - A lawyer for three Romanians accused of stealing valuable paintings from a museum in the Netherlands insisted Friday there was insufficient evidence to charge them.
At a court hearing in Bucharest, the Romanian capital, defense lawyer Doina Lupu urged that the three men not be extradited to the Netherlands for allegedly stealing seven works by Picasso, Monet and Matisse, among others.

"There is no evidence that this was an organized criminal group," she said. `'The arrests were based on assumptions and on simple declarations and these are not enough. `'

All three men deny any links to the Oct. 16 theft at Rotterdam's Kunsthal gallery.
A prosecutor told the court Friday that suspect Radu Dogaru took two paintings _ one each by Henri Matisse and Paul Gauguin _ to be evaluated by Maria Dragu, the curator for foreign paintings at the Romanian National Art Museum.

Dogaru denied this and Dragu is on leave, the Romanian museum said Friday.
The other two suspects, Alexandru Bitu and Eugen Darie, also denied being involved in the theft. Darie did tell the court he had visited the Kunsthal gallery twice to look at its bronze sculptures.
The Bucharest Court ruled Friday that the men should be kept in custody pending an investigation.

Furthermore, information released from the Bucharest District Court 5 on the arrest of the three Romanians mention the assistant of Romanian Designer Catalin Botezatu offering the two paintings to a Romanian Businessman Dinescu Constantin. The businessman who suspected the paintings were not original called on an expert who confirmed the Matisse original and confirmed the two were worth some 60 million euros. The businessman initially wanted to buy them but changed his mind after an attack of conscience.

Police were tipped off by a woman, a former girlfriend of one of the three men under arrest, who showed pictures of their visit to the Rotterdam Museum. She said the paintings allegedly arrived in Romania at an address on Tudor Vladimirescu boulevard in Bucharest.

The thieves broke in Oct. 16 through a rear emergency exit at the gallery, grabbed the paintings off the wall and fled, all within two minutes.
The stolen paintings came from the private Triton Foundation, a collection of avant-garde art put together by multimillionaire Willem Cordia, an investor and businessman, and his wife, Marijke Cordia-Van der Laan. Willem Cordia died in 2011.
The stolen paintings were: Pablo Picasso's 1971 "Harlequin Head;" Claude Monet's 1901 "Waterloo Bridge, London" and "Charing Cross Bridge, London;" Matisse's 1919 "Reading Girl in White and Yellow;" Gauguin's 1898 "Girl in Front of Open Window;" Meyer de Haan's "Self-Portrait," around 1890; and Lucian Freud's 2002 work "Woman with Eyes Closed."
The gallery said it had a "state-of-the-art" automated alarm system.

More details are emerging from Bucharest prosecutors about the Romanian suspects in the Dutch art heist. It appears that the men arrested in the case were not exactly the sophisticated and cultured type . Judicial sources quoted by local news agency Mediafax said that the suspected thieves did not know how to spell the names of the painters whose paintings they allegedly stole from the Rotterdan museum last year, nor the titles of the paintings themselves. They apparently had no idea how much the paintings were worth. One of them told the prosecutors they chose to steal the Picasso because they had heard about it and knew it was valuable, but prosecutors argue that Gaugain and Matisse were much more valuable, but the men did not know that.

The Dutch authorities have requested the extradition of the three suspects to The Netherlands to face charges, according to Romanian judiciary sources. The insurance value of the paintings, insured by the Triton Foundation, was EUR 18 million, according to Romanian prosecutors, but their market value is at least ten times higher.
The paintings have had a lucky escape, as the thieves considered burning them at one point after running into difficulties when trying to sell the seven art works. The emerging picture is of disorganization and incompetence; the thieves had no idea what they were stealing, what the paintings were worth or to whom they could sell them.
Those involved in the case were shocked to find that the three suspects – Mihai Alexandru Bitu, Eugen Darie and Radu Dogaru – had been carrying the millions of euros worth of art around in plastic bags. When attempting to sell the paintings, the thieves were reportedly had no idea how much to ask.
The men were arrested on January 21 in Romania after an ex-girlfriend of one of the suspects tipped off the police. They are still in custody after an application for bail was turned down.
The timing of the incident could be rather unfortunate with friction between Romania and The Netherlands over Schengen Area accession. Although the notion that Schengen Area membership will result in streams of Romanian thieves robbing Dutch museum is risible, it seems likely that case will not improve Romania’s image in The Netherlands.
Romanian police arrested the three Romanian men suspected of the audacious art theft from Rotterdam’s Kunsthal Museum. Seven paintings by some of the world’s best known artists were stolen from the museum in October last year.
The seven stolen art works were Picasso’s Tete d’Arlequin, Monet’s Waterloo Bridge, London (in picture), and Charing Cross Bridge, London, Freud’s Woman with Eyes Closed, Matisse’s La Liseuse en Blanc et Jaune, Gauguin’s Femme Devant une Fenetre Ouverte, dite la Fiancee, and Meyer de Haan’s Autoportrait. Estimates for the value of the paintings run at around the EUR 200 million mark.
German news service Deutsche Welle described the robbery on October 16 last year as a “lightning speed, audacious theft,” in which the thieves broke into the museum, stole the paintings and made their escape within 90 seconds. At the time, the heist baffled Dutch Police, who couldn’t understand how the thieves had got round the museum’s alarm systems.
Romania’s organized crime and terrorism unit DIICOT made the arrests. A Bucharest court issued a warrant on January 21 and the arrests were the result of a Romanian police operation, rather than an investigation by the Dutch authorities, according to reports.

Romanian police investigating the spectacular October theft of seven masterpieces from a Rotterdam museum have searched the home of a fashion designer.
They searched the home of Catalin Botezatu and were also "interrogating him", a police source said without elaborating.
Botezatu, 46, who has taken part in several fashion weeks, including New York, was being questioned by the prosecutor's office dealing with organised crime, which would decide whether to charge him.
Three Romanians arrested last week in connection with the theft of the masterpieces, including works by Monet and Picasso, claimed their innocence in court on Friday.
The men, charged with conspiracy and aggravated theft, have been linked to at least two of the artworks - a Matisse and a Gauguin - which they allegedly tried to sell in Romania.
Their defence lawyers told the court at a bail hearing that they were innocent even though one of them twice visited the museum where the seven masterpieces, estimated at between 100 and 200 million euros ($A257 million), were stolen.
However, the court denied the suspects bail.
Botezatu's name did not come up during that hearing.
Eugen Darie told the court he visited Rotterdam Kunsthal museum about the time of the theft in October last year but never laid eyes on the stolen paintings he and his co-defendants allegedly tried to sell.
"I didn't see the paintings," he said. "I only looked at bronze statues. I am innocent."
Fellow suspect Radu Dogaru also told the court he had nothing to do with the heist, one of the most spectacular in the art world in the past 20 years, even though prosecutors say he was present when two of the works were offered to a Romanian businessman in the presence of an art expert.
Mihai Alexandru Bitu, the third suspect, also denied involvement.
The heist gripped the Netherlands and the art world as police apparently struggled to piece the crime together, despite putting 25 officers on the case.
Dutch police released grainy security camera footage of the theft, which took place about 3am. The footage showed two apparently young males entering and leaving the museum in central Rotterdam within barely 90 seconds.
The works stolen include Picasso's Tete d'Arlequin, Monet's Waterloo Bridge and Lucian Freud's Woman with Eyes Closed.

You see, this is what happens when you help the Police, and prosecutors, your name will be leaked and you will face life threatening action by those you inform upon. The former girlfriend now faces being subject to violence or god forbid, being killed as a result of her trying to offer assistance to Police. The lesson here is never, never, ever offer help to Police as you will be hung out to dry as this woman has been, as well as the businessmen who were offered the stolen Kunsthal paintings. What ever happened to protecting witnesses or protecting sources?

Art Hostage gets contacted all the time by sources claiming to have information about stolen art and would never, ever, reveal them to Police, or anyone else for that matter, for their own safety.

As long as the suspects keep their mouths shut and the Paintings are not recovered, the lawyer is right, no evidence, no case in the end. The way Police and prosecutors have acted in allowing the names of the witnesses to be leaked to the press means they don't deserve to recover the stolen art.
Posted by Art Hostage at 3:49 pm