The Fine Art of Appraisal, What's it Worth, To You and I 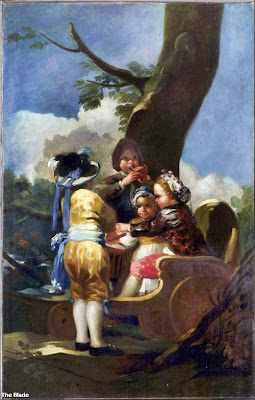 The Toledo Museum of Art’s ‘Children with a Cart’ by Francisco de Goya Lucientes was recovered just days after it was stolen while in transit to a New York museum. 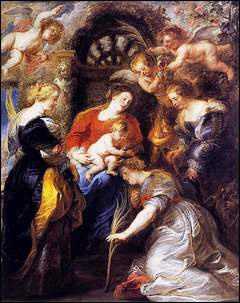 Sometimes, attaching value can be tricky. That’s often the case with Flemish master Peter Paul Rubens, whose ‘The Crowning of Saint Catherine’ belongs to the Toledo museum. When a Rubens specialist views a painting, he may attempt to determine how much of it was done by the master and how much was done by an assistant. The Toledo piece is thought to have had substantial input by the master.


The Fine Art of Appraisal

The amount of insurance on a purloined painting raises the question:

Who and what determine when the price is right?

The 1778 painting by Francisco de Goya Lucientes, owned by the Toledo Museum of Art and stolen last month while being trucked to the Guggenheim Museum in New York, was insured for about $1 million.

Several art experts outside of Toledo said the painting, Children with a Cart, although not one of the most desirable Goyas, was probably worth far more than that. But in a skyrocketing art market — especially for 20th century work — who and what determine when the price is right? 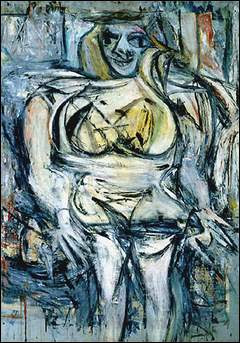 • Connecticut hedge-fund billionaire Steven Cohen scooped up Willem de Kooning’s painting Woman III (circa 1952-53) from entertainment mogul David Geffen last month for $137.5 million. That eclipsed the highest-known previous king’s ransom of $135 million for the gold-drenched Adele Bloch-Bauer I (Gustav Klimt, 1907), acquired in June by Ronald Lauder. Heir to the Estee Lauder fortune, his passion is for Jewish-owned art that had been looted in Nazi-era Germany and Austria.

A Connecticut billionaire scooped up Willem de Kooning’s painting ‘Woman III’ for $137.5 million last month.
( GAGOSIAN GALLERY )
• Also last month, a Norman Rockwell painting of father and son, Breaking Home Ties, fetched $15.4 million. It was once voted the second-most popular cover of The Saturday Evening Post, which it graced in 1954. The family who sold it had bought it in 1960 for $900, and it was long hidden behind a fake wall. The previous record for a Rockwell: $9.2 million in May. 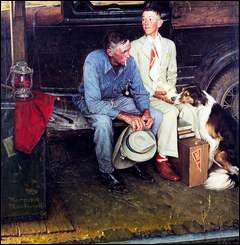 Last month, a Norman Rockwell painting, ‘Breaking Home Ties,’ fetched $15.4 million. The family who sold it had purchased it in 1960 for $900. The painting was once voted the secondmost popular cover of The Saturday Evening Post, which it graced in 1954.
( CURTIS PUBLISHING CO./SOTHEBY'S VIA BLOOMBERG NEWS )

• A few weeks ago a black crayon-on-paper drawing of a surreal bull sketched by Goya near the end of his life sold for $2.9 million — more than twice what was expected.

Two of the four 1893 paintings known as The Scream by Norwegian Edvard Munch were stolen (and recovered) in recent years. As iconic as the Mona Lisa or American Gothic, Munch’s expression of howling angst was estimated to be worth $60 million to $75 million by Norway’s oldest auction house.

• A life-sized ceramic sculpture, Michael Jackson and Bubbles (the pop star holding his chimpanzee) by American Jeff Koons, sold for $5.6 million in 1991. One of its three copies is owned by the San Francisco Museum of Modern Art. 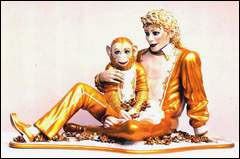 
At its simplest, figuring out how much a piece of art is worth, especially older works, requires knowing the history of ownership (called the provenance) and its condition, quality, rareness, and size (larger is usually worth more). Recent sale prices for similar pieces by the same artist or comparable artists of the same era usually provide guidelines.

Then it’s a matter of what the market will bear: Who wants the painting and how much money do they have — significant wild cards at a time when rivers of cash are flowing like never before and billionaires (and even mere millionaires) are looking for places to park money. Some investors are “flipping” art — buying pieces, then selling them a few years later for handsome profits.

Artistic appetites
Cleveland art dealer James Corcoran suggests the rich are spending fortunes because art may seem a more stable investment than real estate. Moreover, the dollar is weak in relation to other currencies.

There’s also tremendous wealth and appetite for art in Russia, China, Dubai, and India, noted Paul Provost, director of estates and appraisals at Christie’s, the international auction house. Christie’s broke its own records during two weeks in November, raking in $866 million in art sales, including a one-night blowout of nearly a half-billion dollars in sales of modern and Impressionist pieces. The company expects to far exceed last year’s record sales of $3.2 billion.

Exactly how do buyers’ tastes change and why is 20th-century art so hot?

“I wish we knew,” said Mr. Provost, who has a doctoral degree in art history. “The one thing we can’t determine is how badly the buyers want it.”

The value of the Toledo Goya — which was recovered about 10 days after it was taken — would only be known if it were sold.

“But I don’t know that it would be that easy to find a buyer,” said longtime New York dealer Richard Feigen, adding that the greatest interest probably would be in Spain.

The painting might bring $2.5 million to $3.5 million, he guessed, adding that it’s not unusual for insurance value to be below market value because museum staff don’t expect problems to arise and often don’t pay much attention to the process.

Elin Lake-Ewald, who has appraised other Goyas, said Toledo’s Goya, which was acquired in 1959 for a purchase price the museum will not disclose, should have been insured for more than $1 million.

“That’s a disgrace. Goya’s one of the world’s great artists. I’m sure even several years ago we would have put it at at least $5 million to $7 million,” said Ms. Lake-Ewald, head of the O’Toole-Ewald Art Association Inc. in Manhattan.

Museum collections are often insured by blanket policies, but when an item is being loaned, a special policy will be written and it’s usually paid for by the borrowing institution. Staff at both the Toledo and Guggenheim museums determined the Goya’s insurance value, said Jordan Rundgren, Toledo museum spokesman. “Insurance values are determined on a case-by-case basis at the time of any loan request, after a thorough analysis of the market for the closest comparable works of art on the market at that time,” Ms. Rundgren said in an e-mail.

A constant re-evaluation
Art is continually being re-evaluated by art critics. Adding to the complexity is that over the last generation or so, the wall separating high art and popular art has gradually diminished, Ms. Lake-Ewald said.

Rockwell’s paintings are more valuable not just because of nostalgia but also because of savvy positioning, she noted. His dealers have mounted high-profile exhibits. And a Norman Rockwell Museum has been established and brings in a variety of respected artists. Appraisers also may look at exhibition history and even how often an item has been reproduced in books or mentioned in literature. “How significant is it? How large does it loom in our art consciousness?” Ms. Lake-Ewald said.

Buyer motives vary
People buy art for lots of reasons: to beat out a competitor or because the piece reminds them of a beloved person. Some buyers relish the cachet of owning a notable piece. Some buy impulsively; others rely on the advice of consultants.

“It depends on the taste of the buyer,” said Daphne Rosenzweig. “Art is an emotional thing.”

And it’s not unusual for one of an artist’s pieces to capture an exorbitant sum that might never be surpassed. “There’s always a spike,” said Ms. Rosenzweig, an appraiser and art history professor at the Ringling School of Art and Design in Sarasota, Fla.

Price can be affected by the reputation of the sellers and the period of the artist’s life in which it was created. Sometimes, attaching value can be tricky.

Flemish master Peter Paul Rubens hired many assistants and operated a huge studio that produced more than 2,000 paintings. Consequently, when a Rubens specialist views a painting in person, he or she may attempt to determine how much of it was done by the master (perhaps the face and hands of the subjects, for example) and how much was done by an employee.

The nearly 9-foot by 6-foot Rubens owned by the Toledo museum, The Crowning of Saint Catherine, is thought to have had substantial input by the master because the nearly-identical faces of the four women portrayed are thought to have been modeled by the 16-year-old girl he married in 1630 when he was 53.

To evaluate such a piece, appraisers would begin by scrutinizing records of both ownership and restoration, said Mr. Corcoran of Corcoran Fine Arts Ltd. in Cleveland. They might examine it under a black light, request an X-ray that could be compared to X-rays of other Rubens, bring in a technician to conduct further tests, or ship the painting to a laboratory for exhaustive analysis.

Regional pieces, prices
Regional art prices are almost always based on supply and demand and tend to increase slowly.

Local auctioneer John Whalen recently sold five paintings by the late Haskins, Ohio, artist Earl North for $500 to $1,000. The work of another local artist sold well in September when about 200 people showed up for an auction of 153 glass pieces by the late Dominick Labino, Mr. Whalen said. The glass went for $300 to $9,000 each.

Longtime Toledo curator Peggy Grant has devoted recent years to exhibiting the art of her late husband, Adam Grochowski Grant, mounting shows in Indiana, Toledo, and in his native Poland. She donated three of his pieces to the Auschwitz-Birkenau Memorial and Museum in Germany, where he was a concentration camp prisoner during World War II. Based on recent sales, she is firm about selling his large paintings for $25,000.
Posted by Art Hostage at 5:20 pm

I like it so much, please try to keep posting.

Let me introduce other material that may be good for our community.