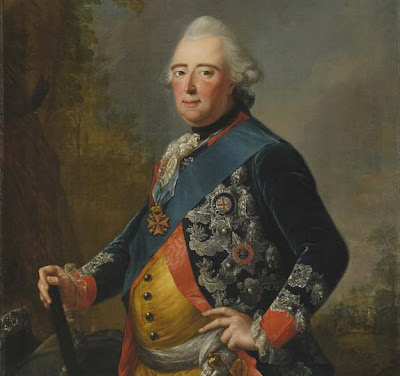 AMSTERDAM, THE NETHERLANDS.-Works on display at the exhibition "Looted, But From Whom?" The exhibit of the Jewish Historical Museum in Amsterdam displays artworks that were looted from their owners during the Nazi era and have yet to be claimed. Fifty artworks that were looted in the Netherlands during World War II are now on display in Amsterdam in the hope of generating claims for stolen art currently in the custody of the Dutch government.

The exhibit of the Jewish Historical Museum in Amsterdam displays artworks that were looted from their owners during the Nazi era and have yet to be claimed. The exhibit, "Looted, but from whom?" is intended to draw public attention to the issue of Holocaust-era stolen art and facilitate the return of at least some of the few hundred works for which the original Dutch owners or heirs have not yet been found.

The exhibit was organized with the Origins Unknown Agency, established in 1998 to research and publicize the origins of the 4,700 Dutch-owned artworks that were found in Germany after World War II. The agency has a website, www.originsunknown.org, which can be searched for artworks looted in the Netherlands during World War II. Since it was established, the agency has helped in the return of more than 500 items. The museum exhibit displays the results of the agency's research. Also helping to organize the exhibit are the Ministry of Education, Culture and Science and the Netherlands Institute for Cultural Heritage.

The website of the exhibit at the Jewish Historical Museum is www.geroofdmaarvanwie.nl in Dutch and English. The exhibit is staged at the Hollandsche Schouwburg (Dutch theater), and runs through February 25, 2007.

The Claims Conference and the World Jewish Restitution Organization (WJRO) have begun a comprehensive program toward the restitution of Jewish-owned art and cultural property lost and plundered during the Holocaust. Recently, a survey was completed of U.S. museums concerning their progress in provenance research, and underway is a digitization and publication of the records of the main Nazi organization responsible for pilfering and collecting art during the Holocaust. Information regarding restitution of art, including a list of searchable databases of potentially looted art, is at www.claimscon.org/art. 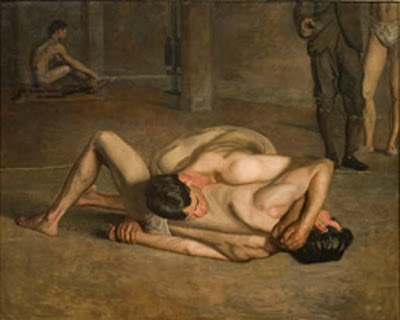 Viewed in the trajectory of Eakins's accomplishments, from his first student studies of the figure and early rowing pictures of the 1870s to his late boxing and wrestling paintings, Wrestlers stands as a superb summation of some of the most significant themes of the artist's career.

Mrs. Bartman explained her gift, "LACMA has been a significant part of my life ever since I moved from Chicago, and the eighteen years I served as a docent were quite enjoyable. I thought it was time to give something back to this great institution."

And Michael Govan, LACMA's CEO and Wallis Annenberg Director, noted, "Wrestlers is one of the most historically significant additions to the museum's encyclopedic permanent collection, which already includes the preparatory sketch of this powerful painting. Prominently situated in the canon of American Art, Wrestlers will always hold an important place in our galleries as well."

Thomas Eakins, alongside Winslow Homer, is considered one of the two greatest realists of American painting of the nineteenth century. While Homer concentrated on rural themes, and ultimately on the relationship of humanity to nature, Eakins focused on people. He was a determined materialist, and though he was a portrait painter of great psychological depth, his primary focus was the body, the human being embodied in his or her physical reality. He was also a beloved yet controversial academic teacher, proselytizing drawing from the live model and the study of anatomy.

As such, he stands as the first American artist to base his art on the close and exacting analysis of the body, and is the fountainhead for a realist tradition which extends from him through Robert Henri and the Ashcan School to Reginald Marsh, Fairfield Porter, Philip Pearlstein, and California artist David Park. Eakins's deep conviction that the human is the central concern of painting, and that the human is composed indissolubly of mind and body, is what made him influential to his younger colleagues and later generations. Wrestlers is Eakins last completed statement on the subject and is a testament to a lifetime of teaching, painting, and struggling with the dilemmas of representing the body.

In this vein, Wrestlers is also very much a spiritual self-portrait of a frustrated artist towards the end of his career. Although the focus on two nude figures underscores Eakins's academic training, which extolled and elevated the human body in its most perfect state, the unusual composition suggests that the artist intended the painting to be much more than a literal representation of a new popular bourgeois spectator entertainment.

In Eakins's best and most modern late paintings, the artist compelled the viewer to look again and think again about what is presented. Often the general effect for the viewer of the most probing late paintings is a feeling of discomfort. This was intentional as Eakins himself was in the midst of many personal, familial, and professional problems. The unresolved issues of Wrestlers thereby become echoes of Eakins's own life.
Posted by Art Hostage at 3:55 pm