British Police, Over paid, over rated, and now Inherently Corrupt 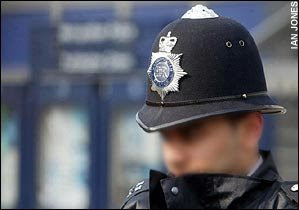 In 2003, the Home Office estimated up to 2,000 officers and civilian staff were 'potentially corrupt'

Police in Britain's biggest force are associating with criminals, taking drugs and misusing their warrant cards, a secret Scotland Yard report has revealed.

The report says a growing number of officers and staff are taking drugs off duty. Cocaine and cannabis are the "drugs of choice" and drug testing has been introduced for junior officers.

Further concerns include the number of police employees accused of domestic violence and sexual assault while off duty, misuse of the Police National Computer and abuse of warrant cards and security passes by both serving and retired employees.

The damning findings of the Strategic Intelligence Assessment, carried out by the Met's Directorate of Professional Standards, were intended to remain secret. But the Metropolitan Police Authority released the report accidentally on its website last week before its members were due to discuss it.

After a complaint from Scotland Yard, the report was removed from the website and the discussion on Thursday was held behind closed doors. Asked by authority members why the session should be held in private, Asst Comm John Yates, who heads the Met's anti-corruption unit, simply said: "I do not want to explain why in a public forum."

The report, by Det Chief Supt Gregory Faulkner, says the assessment was intended to identify the "risk to the ethical health of the Met posed by corruption, dishonesty and unethical behaviour". It says one new area identified as a cause for concern is the outside business interests of Met employees, which are not recorded on a central register. The report warns "financial irregularities and debt issues have been identified", pointing to "the risk of corruption".

As a result, the Met is to review its policy on declaring business interests, with a view to ensuring that anti-corruption officers are made aware of employees whose outside interests might conflict with their policing duties.

"Pro-active monitoring" of staff email and internet use has helped to reduce the number of information leaks, the report says. Misuse of the criminal intelligence system has also decreased slightly.

The report adds: "Drug and alcohol abuse by Met employees remains a significant threat to public confidence, specifically in safety-critical posts. Intelligence shows misuse of controlled substances by staff has risen slightly, with cocaine and cannabis the drugs of choice."

Under new procedures, Met officers accused of committing violent crimes while off duty will undergo a risk assessment to determine what danger they pose.

A Scotland Yard spokesman said: "The vast majority of Met staff are hard working and professional, but it is the responsibility of the Directorate of Professional Standards to identify the risks posed to the organisation by the very small minority who behave in a dishonest, unethical or un-professional manner.

Behaviour of this sort is investigated swiftly and thoroughly and, where there is sufficient -evidence of criminal behaviour, through the courts."

Defending the decision to suppress the report, the spokesman added: "The Met considered that there would be a more open and productive discussion about the issues in a non-public forum."

Corruption is a long standing problem for police chiefs. In 2003, the Home Office estimated up to 2,000 officers and civilian staff were "potentially corrupt".

As with most estimates this is only about 10% of the real figure.

That means there are 20,000 potentialy corrupt Police Officers and civilian staff .

The overhaul of the way Informants are handled was meant to stop corruption of Police Officers.

This news shows that corruption is as high as ever and all that has happened is Informants refuse to give intelligence to Police.

A case of shooting ones self in the foot.