A Pyrrhic Victory That Leaves A Bad Taste In The Mouth 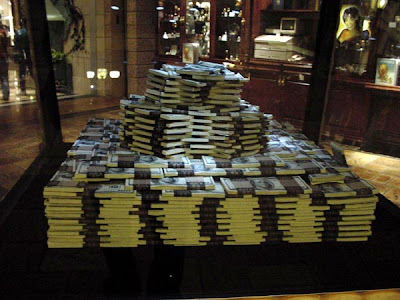 AMSTERDAM, Netherlands: A lawyer's fee of €12 million (US$15.7 million) for negotiating the return of art stolen by the Nazis was too high, a court ruled Friday. 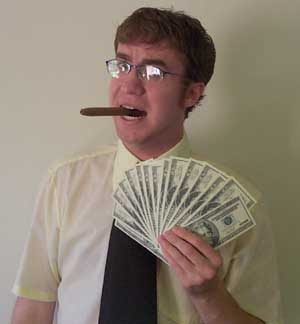 Lawyer Roelof van Holthe tot Echten submitted the multimillion-dollar bill for arranging the return of hundreds of works that had belonged to a Jewish art dealer who fled the Netherlands at the start of World War II.

The heirs of Jacques Goudstikker contested the bill, so the lawyer sought to block the return of 198 works being held by the Dutch government until he was paid 20 percent of the estimated value.

Goudstikker's daughter-in-law Marei von Saher and his granddaughters Charlene and Chantal von Saher, who live in Connecticut, refused, offering to pay an hourly rate instead.

The Hague District Court sided in part with the descendants, allowing them to ship the works to the United States.

It awarded Van Holthe tot Echten at least €1.9 million (US$2.5 million), or €325 (US$425) per hour, but suggested that amount should be quadrupled to €7.6 million (US$10 million) to reflect the risk the lawyer took in working on the case for so long with uncertain prospects for payment.

"A multiplication factor of four is not unreasonable, under the given circumstances," the court said in its written ruling. It left it up to both sides to negotiate the exact amount.

The ruling opens the question of what the Goudstikker heirs will be left with in the end. Evidence cited in the ruling suggested another Dutch lawyer might seek up to 20 percent of the value of the collection, U.S. lawyers another 10 percent, and a U.S. art historian who helped research the case yet another 10 percent.

Christie's estimated the collection, which includes masterpieces by Jan Steen and Salomon van Ruysdael, is worth from US$79 million-US$110 million (€56 million-€84 million).

The Von Saher's new lawyer, Rob Polak, said the amount cited in Friday's ruling was "higher than we believe is reasonable, but the judge had to make an estimate."

He said he was confident the bill would be reduced further in the next phase of proceedings.

Goudstikker, who in the 1930s was the Netherlands' biggest art dealer, fled at the start of the war with his wife and young son, leaving behind an estimated 1,300 artworks.

He died after falling through a trap door on an outbound ship.

After the Nazis invaded, around 800 pieces of artwork were seized by Hitler's right-hand man, Hermann Goering. About 300 of them, mostly by Dutch artists, were returned to the government after the war.

A few were auctioned, but 267 works worth tens of millions of dollars (euros) remained in art museums around the Netherlands.

Goudstikker's daughter-in-law began seeking the recovery of the Dutch works in 1996, but the courts upheld a 1952 settlement with Goudstikker's widow, Desiree. She had accepted a bad deal rather than nothing, under protest and not knowing the extent of the Dutch government's holdings.

But after an international debate began, in the late 1990s, on compensating Jews for stolen Holocaust-era assets, an independent commission recommended that the Dutch government return the works.

Rudi Ekkart, chairman of the commission, said in 2003 that the case "screamed to heaven."

"Those who were robbed but survived the war were then cowed by bureaucrats."

On Friday, he told Dutch NOS television he was saddened by the fight over lawyers' fees.

"It gives the impression ... the whole policy of returning works is based on the claims by people that only see dollar signs in their eyes," he said.

A handful of others were returned to the family by buyers after their origin became known, including the Israel Museum, Germany's Lower Saxony State Museum and one owned by a private American collector.

There is something distasteful about all the deductions taken by Lawyers, historians, Auction houses and the like.

I ask myself, what if the rightful owners wanted to keep the works of art for theirs and the public's enjoyment?

However, if this is what it takes to restore every last looted artwork stolen by Nazi Germans during the darkest days of modern history, reluctantly I would agree to a fair reward for the efforts and work conducted by these hangers on.

Although, I think the costs of lawyers should be paid by those demonic institutions that refused to hand back stolen artworks unless ordered to by the courts.

Normally when a work of art is restored to its rightful owner the legal costs should be met by the losing side, why is this not the case?

It is the Dutch Museums/Government that should be forced to pay the legal costs, and other costs incurred in getting the rightful heirs their own, I repeat own, property back, especially in this case.

Perhaps if the Governments that still hold many looted artworks were to be held liable for lawyers costs as well as the works of art themselves, then they may think twice before resisting noble requests from survivors and their descendants.

We must never forget the dreadful circumstances in which these works of art were stolen/looted.
The screams from Heaven are deafening for all except those who harbour anti-Semitic resentments.