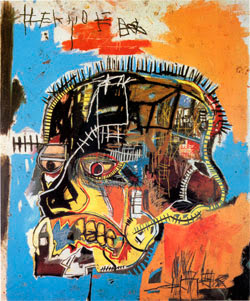 NEW YORK (AFP) — US authorities have discovered a missing eight-million-dollar painting by Jean-Michel Basquiat belonging to a convicted Brazilian banker and believed to have been smuggled into the United States.

The painting, "Hannibal," was among several artworks valued at up to 30 million dollars that a Brazilian court ordered seized when its owner, Edemar Cid Ferreira, was sentenced to 21 years in jail for money laundering in 2006.

However, when Brazilian authorities raided Ferreira's home and offices, they found that a number of the artworks including "Hannibal" were missing.

In August last year, the painting was shipped from London to New York with a false customs form detailing it as "a painting" with a value of 100 dollars.

US authorities working with international law enforcement agency Interpol then tracked it down and seized it from a New York warehouse in November.

Ferreira was sentenced for his part in the collapse of Banco Santos, S.A., of which he was founder and president. New York prosecutors are now seeking to have the canvas returned to Brazilian authorities.

The painting, described as predominantly black and blue featuring a skull shape and symbols and inscriptions including "Hannibal," was painted in 1982, six years before Basquiat died in New York of a drug overdose aged just 27.
Art Hostage comments:
The December Brazil Picasso theft was inspired by Edemar Cid Ferreira because authorities tracked down this Basquiat last November.
When Saudi Prince Waleed expressed an intrerest in the soon to stolen Picasso Suzanne Bloch, Edemar Cid thought he could kill two birds with one stone. 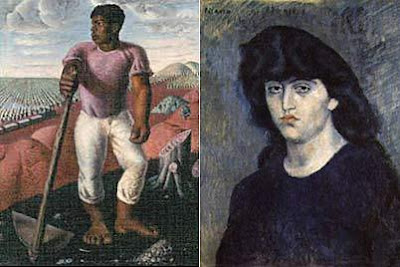 (1) The actual theft of the Picasso and the Brazilian Iconic image by Brazilian artist Candido Portinari would certainly upset authorities and give Edemar and son some leverage to get better conditions in jail, even an early release if they were able to facilitate the safe recovery.
(2) Saudi Prince Al-Waleed only wanted the Picasso, so Edemar could sell that to Al-Waleed and then use the Portinari as a bargining chip.
(3) The cook was the man on the outside to set up the robbery of the Picasso and Portinari.
Seems the whole plan has come apart at the seams and Edemar could face further jail-time if the cook reveals all.
(4) They did not reckon with FBI Icon Robert Wittman.
Backstory below:
http://stolenvermeer.blogspot.com/2007/12/stolen-art-watch-fbi-uses-grand-jury-to.html
http://stolenvermeer.blogspot.com/2008/01/stolen-art-watch-fbi-icon-bob-wittman.html