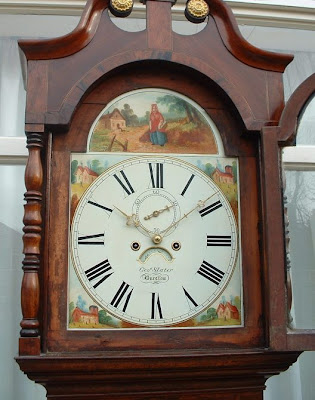 A grandfather clock, a model of a famous ship and an antique teddy bear were just some of items stolen in a burglary in Wymondham.

Hundreds of pounds worth of items were stole during the burglary that is thought to have happened some time between 4pm on Saturday, February 9, and 2.10pm on Sunday, February 17, at an isolated property in Back Lane.

Entry was gained after a side kitchen window was smashed. All the rooms in the house were searched.

The items stolen were a 6ft tall dark wood grandfather clock with a dial hand-painted with flowers and the word “Wyndham” written on the face worth £1,500, a model of the Cutty Sark with the rigging displayed and a turquoise-coloured hull worth £300, an antique novelty clockwork bartender made of tin worth £300, a 2.5ft tall yellow teddy bear worth £50 and a Jacques Wooden Garden Croquet Set, with hardwood mallets, in a pinewood box.

A small box of six old silver-plated fish knives in a box with a blue velvet interior, a 12ins tall antique jointed porcelain doll with blue eyes which closed when the doll was tilted and moulded wavy hair, a framed map of old England with glass and a black narrow wood frame and tea/cigarette cards mounted in a clip frame, stuck on black sugar paper of prehistoric animals, such as a woolly mammoth, were also stolen.

A silver or grey car was seen parked outside the property and it is thought two women in their 20s to 30s were seen placing items in the boot.
Art Hostage comments;
Now thats what I call Gender equality !!
Posted by Art Hostage at 7:58 pm