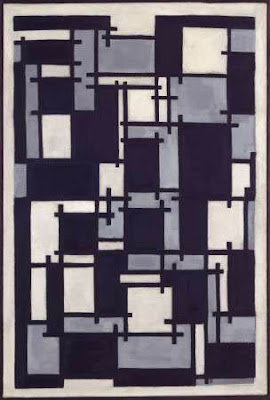 ``We're giving them without restrictions,'' said Lobanov- Rostovsky, a U.S. citizen. ``We're giving the Van Doesberg because the museum doesn't have any of his works, nor do they have a de Chirico of the type we're giving.''

The Pushkin has 650,000 artworks, ranging from Old Masters to one of the world's finest collections of impressionist paintings, including works by Monet, Van Gogh, Matisse and Picasso.

The Lobanov-Rostovsky family, descended from Rurik, a 9th- century Viking who ruled Russia, fled the country after the Bolsheviks seized power in 1917. Prince Nikita was born in 1935 in Sofia, Bulgaria.

Prince Lobanov-Rostovsky and Princess Nina Lobanov-Rostovsky have a collection including works by Leon Bakst, Alexander Benois, and Mikhail Larionov. The Prince was a career geologist, and is a fellow in perpetuity at the Metropolitan Museum of Art in New York. The Princess is a writer and lecturer on Russian decorative arts and Russian stage design, and consults for Christie's International and Sotheby's.

Art Hostage comments:
Being so fortunate to be a Prince comes with responsibility, nice to see this Eurpean Prince living up to expectations.
Posted by Art Hostage at 5:23 pm

On Wikipedia Nikita's biography , I read that he divorced Nina and is now remarried, wow! I'm always the last to get the news in that family...