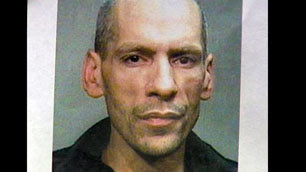 Career criminal paid $20,000 for helping recover stolen artwork
http://www.cbc.ca/canada/british-columbia/story/2009/01/30/bc-reid-heist-reward.html
The RCMP paid $20,000 to a career criminal for key information that led to the safe recovery of art treasures stolen from a B.C. museum last year, CBC News has learned.

Martin Weigelt was given the reward because the information he provided helped police recover all 12 pieces of the Haida artist Bill Reid's work, police sources told CBC News Friday.

The pieces, including bracelets, brooches and cuff links, were stolen in May from glass-enclosed, stone showcases from the Museum of Anthropology at the University of British Columbia in Vancouver. Three golden-coloured Mexican art objects also vanished.

RCMP spokeswoman Const. Annie Linteau confirmed Friday that an unspecified amount of cash was paid to an individual.

"I cannot go into more details," she said.

But Linteau said the person rewarded was not a suspect in the heist, meaning the money was not an incentive to the perpetrator or perpetrators of the crime to ensure the safe return of the Haida artist's works.

Weigelt, 42, has a long criminal history dating back to 1988, according to court documents. He has at least 55 convictions, which include breaking and entering, theft, weapons possession and drug trafficking.

He made news headlines in November 2006 when some Vancouver police officers snapped a trophy photo of him in the police department's lockup after his arrest. The photograph showed four officers posed smiling with Weigelt, who was wearing a white prison jumpsuit and looked distressed and had an injury to his face.

No charges laid
No one was ever charged in the art heist, and Linteau said Friday that police are still investigating the case.

In June, police searched two residences in Burnaby and New Westminster and recovered 10 of the 12 Reid pieces, as well as the three Mexican items. Investigators arrested three people, questioned them and released them without disclosing their identities.

Police conducted two more searches in July and August and found the last two pieces. The RCMP never said how they made the finds, except that all manner of techniques were used, including round-the-clock surveillance.
Art Hostage comments:
Interesting, what happened to the rest of the advertised $50,000 reward if Martin Weigelt only got paid $20,000 ?
How did this low level career criminal get the inside information ?
Who is in the shadows behind Martin Weigelt ?
What other concessions have been made by authorities ?
Just out of curiosity, what is Aaron Syberg up to these days ??????
Posted by Art Hostage at 7:57 pm