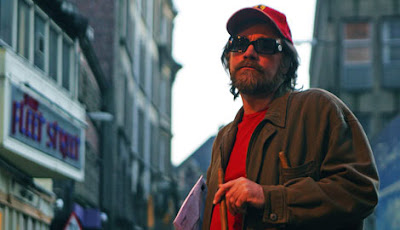 Eccentric shoplifter compares himself to Gandhi

An eccentric antiques dealer caught stealing a cannabis book from a high street book store compared his plight to that of Gandhi today.
Raymond Scott, 51, was caught by plainclothes security staff stealing a copy of The Cannabible Collection worth £18.99 and a £32 book on stone sheepfold artworks from a branch of Waterstone's in the MetroCentre in Gateshead.

Scott was allowed to keep his sunglasses on throughout the proceedings because he said he had a problem with his eyes.

The court heard MetroCentre security staff spotted Scott acting suspiciously in the shopping centre on September 21 last year and followed him into Waterstone's.

They then watched him pick up one of the two books off a shelf and carry it to another part of the store and placing it on the shelf next to the other book.

Scott was then seen crouching out of view before the security guards heard Scott place both books in a plastic bag and walk out of the shop.

He was then challenged by the guards and subsequently arrested by the police.

"The defendant admitted he left the store without making payment for either of the books," said prosecutor David Mayhew.

Scott, of Sandford Close, Wingate, County Durham admitted a single charge of theft totalling £50.99 after changing his plea on the morning of his trial.

According to the book's summary, The Cannabible Collection, written by photographer and "renowned pot connoisseur" Jason King, is an encyclopaedia of his favourite types of marijuana - from the "coffee shops of Amsterdam to the mountains of Afghanistan to the volcanoes of Hawaii".

It is "the most indulgent gift you can give the pot lover in your life - except for the herb itself".

Enclosures, by Andy Goldsworthy, records his series of artworks created from the stone sheepfolds of Cumbria.

"He is under a great deal of stress and there has been some concerns to his psychiatric health at the time of this offence," she told the court.

Magistrates fined Scott a total of £105 and also ordered him to pay £150 prosecution costs.

Scott, who does not have a job, offered to pay £1 a week from his benefits but chair of the bench Gail Askew told him the minimum payment was £5 a week.

Speaking outside court, Scott compared his present position to that of Gandhi.

"I am not going to pay the fine because the amount was totally inappropriate and if they want to send me to prison for non-payment then so be it," he told reporters.

"Was not Gandhi imprisoned by the British? "I feel the fine was excessive and I find it morally repugnant that Waterstone's should make a profit from selling the bible."
Posted by Art Hostage at 9:11 pm