Stolen Art Watch, Whilst The Cats Away !! 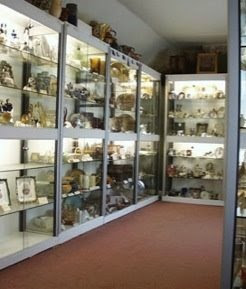 Ram raiders smash through Moreton antique shop
http://www.wiltsglosstandard.co.uk/news/4066932.Ram_raiders_stole___30_000_from_Cotswolds_antique_shop/
RAM raiders smashed through the front of a Moreton antiques shop and stole around £30,000 worth of stock in the early hours of this morning.

Windsor House Antiques Centre in High Street was raided shortly after midnight when two offenders wearing dark clothing broke through the shop in an olive/green jeep or 4x4 and reversed towards the door.

They spent a few minutes in the shop before being driven off with the stolen goods by a third offender.

Manager Jane Finegan was woken by a call from security at 12.15am to hear the news. "They came through the door and smashed five rented cabinets which contained clocks, silver and jewellery," she said.

"The goods stolen are estimated to be worth around £30,000 but I am waiting for the dealers to get back to me to find out the final amount."

As well as the valuables stolen, the thieves caused thousands of pounds of damage to the door, windows and cabinets.

PC Duncan Cusack, of North Cotswolds Police, said: "The owners will be counting the cost of the items that were taken this morning but they are expecting it to run into thousands of pounds.

"It is obviously causing a considerable amount of distress to them at the moment so we are hoping that anyone who may have information or saw suspicious activity in the area recently will come forward and help forward our enquiry."