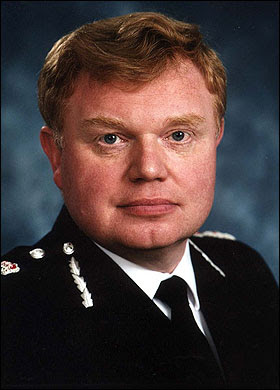 Police chief speaks out over Johnsons
http://www.thisisgloucestershire.co.uk/gloucestershireheadlines/Police-chief-speaks-Johnsons/article-1637109-detail/article.html
In the final part of a series of articles to mark the retirement of Chief Constable Tim Brain, the top officer looks back on two of his proudest achievements.

THE notorious Johnson family were brought to justice as a result of one of Dr Brain's first moves when he took the top job in Gloucestershire.

He created dedicated units to tackle organised and serious crime and it eventually led to the collapse of the family crime gangs from Cheltenham.

"That enabled us to tackle the serious and organised criminals – the middle managers of crime – the people who have bases in our community but who can operate at cross border level.

"It enabled us to chip away for a long time at the Johnsons. Operation Haul is quite rightly seen as a catalyst – an iconic investigation but there had been a lot of taking out of bricks of the wall of that organised crime group for several years to that point.

"What we were able to do with Operation Haul – because they had been operating across a lot of Southern England – was to work with other forces to achieve a comprehensive interdiction and to really smash open or smash up the core of the group.

"That was an iconic moment – it was the culmination of what we had been building for several years."

Sadly the hole left by the Johnsons will probably soon be filled, said the Chief.

"There will always be the opportunity for those individuals and those groups to exist because nature abhors a vacuum – people will come in behind it and that's why it's really important that we keep up our guard."

In 2005/6, Dr Brain fought off proposals to merge the Gloucestershire force into a big regional constabulary.

"The reason we were able to avoid being amalgamated was because we were able to demonstrate that we had what many forces don't have – this specialist investigative capacity to take on serious and organised criminals.

"We invested in that – other people have caught up, but we invested early as a small force and that was critical that we could demonstrate that we could tackle these groups.

"We have talked about the Johnsons but there are others who are the local gang masters, the local drug bosses, and we've taken them out like PJ Maguire – people who thought they were untouchable found themselves in prison."

Dr Brain says the search for millions of pounds of antiques stolen by the Johnsons from stately homes will continue.

Recovering the Johnsons' tangible assets is a straightforward process, said Dr Brain, but the stolen loot is a different matter. Some of this may be in a hole in the ground – alternatively it's been moved on through the system of fences."

"The most important thing to feel about that is that was a professional investigation of high national importance that was successfully managed by ourselves and by the national counter terrorist units – it was a very successful operation.

"I think it said so much for our community based policing and the support we received from our community that we were able as a city centre Gloucester community to come through that stronger. People were shocked and took a long time to reconcile themselves to what was happening, but that's the nature of terrorism."
Posted by Art Hostage at 4:57 pm