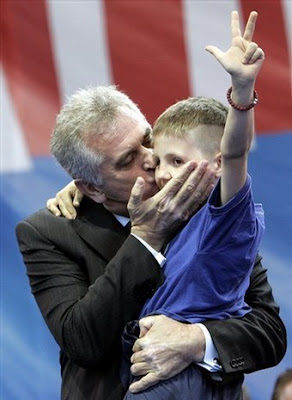 The gang has been blamed for robberies around the globe.

The court on Friday found the three guilty of stealing almost 22 million euros (about $A35 million) of jewellery in Tokyo on March 5, 2004, the report said.

The stash included a necklace worth more than 18.7 million euros (about $A30 million) and has not been recovered.

They were ordered to return the 125-carat necklace and other jewellery or jointly pay 3.5 billion yen ($A43.9 million) in compensation.

It was the second trial for the defendants, who had been acquitted by Serbia's Supreme Court on appeal.

Judge Milena Rasic said Radulovic and Rasovic used force during the robbery while Panajotovic held a guard in front of the Tokyo store.

The three were arrested in Belgrade in 2005 on an international warrant. A trial was held in Serbia following an agreement with Japan. A fourth suspect, a British woman, was not on trial in Belgrade.

The international police agency Interpol set up a Pink Panther cell in July 2007 to coordinate the hunt for the gang and there have been a number of arrests.

In June, police in Montenegro arrested another member of the gang, which is believed to number about 60 people from the former Yugoslavia. Two other suspects were arrested in Paris in May.

The group got its Pink Panther nickname from the British police after finding a diamond ring hidden in a jar of face cream, as in the 1963 Pink Panther movie starring Peter Sellers.

Other Pink Panther robberies are believed to have been carried out in the United States, Japan, United Arab Emirates, Monaco, France, Germany and Switzerland. They have been blamed for robberies involving goods worth 110 million euros ($A178 million) during the past decade.
Posted by Art Hostage at 12:28 am