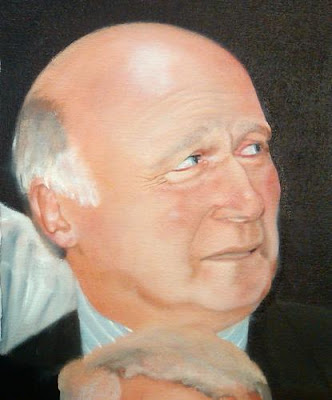 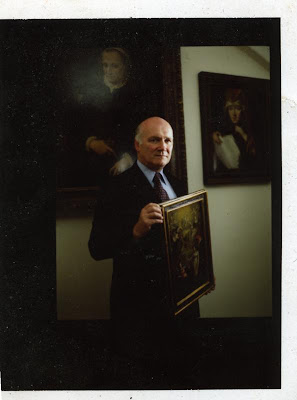 This week, art thieves made off with a Picasso and a Mondrian from Greece's National Art Gallery. So what's their next move? Art detective Richard Ellis is the man who tracked down Edvard Munch's "The Scream" in 1994, and is the founder of the Art and Antiques Squad at New Scotland Yard. He is also featured in a new book called Hot Art: Chasing Thieves and Detectives Through the Secret World of Stolen Art, by Joshua Knelman. We have two copies of Hot Art to give away, just send us an email at Day6@CBC.ca with the subject line HOT ART and your mailing address to be entered in the random draw.

To catch an art thief

http://www.cbc.ca/day6/blog/2012/01/13/chasing-hot-art/
When thieves made off with three prominent artworks — including a Picasso and a Mondrian — from Greece's National Art Gallery this week, no one in authority would comment on the dollar value of the haul.
"The value of the pieces has not been revealed," sniffed the Daily Mail, which then went on to speculate on the worth of the Picasso, a wartime masterpiece the artist donated to the Greek people in 1949.
But there is a reason the museum declined to attach a dollar value to the missing art: It helps the thieves set their resale price.
"Value is established, unfortunately, through the media," art crime specialist Dick Ellis told me this week on CBC Radio's Day 6.
"There is a tendency following an art theft for the media to arrive at the highest possible value because it makes for a better story.
"Criminals will take the highest published value and they will work anywhere between three to 10 per cent of that reported value as its black market value."
Art does not fulfill an aesthetic function when it slips into the underworld. "Art is actually being used as a currency," says Ellis. "It will be used as a way to pay for other criminal enterprises such as arms or drugs or people trafficking."

Ellis is one of the world's top art cops. He has investigated the theft of art and antiques for decades.
In his earlier days, he set up and ran the Art and Antiques Squad at New Scotland Yard and he also controlled security for Christies.
In 1994 he designed an operation that recovered The Scream, the Edvard Munch masterpiece stolen from the National Gallery of Norway on the opening day of the Lillehammer Olympic Games. Last year he helped return two stolen Picassos.
From his vantage, stolen art, especially higher profile works like the Picasso or the Mondrian lifted in Athens, becomes a poker chip in the hands of international crime.
Unlike large cash transactions, which banks increasingly monitor, paintings can cross borders with relative ease.
In the high stakes criminal economy, a valuable painting can become collateral for a cash advance, enabling the money laundering of drug profits.
So when a media outlet claims a stolen painting is worth millions of dollars, the collateral value skyrockets.


Good to have a plan

Still, in order to play this game, the thief needs to have connections to a diversified, cash-flush criminal network.
The heisters who stole a Magritte from the Rene Magritte museum in Brussels in 2009 weren't connected.
They lifted Magritte's Olympia at gunpoint in a daytime robbery. But when they failed to find a buyer, they offered the painting back to the museum, no strings attached.
Last week, the museum confirmed the Magritte had been returned. The 1948 work, a nude portrait of the artist's wife, was valued at about $4 million. Museums are apparently happy to disclose the value of a painting that they just recovered.
Ellis says some thefts are undertaken with the idea that the stolen work can be ransomed. But he says unless the owner is a private collector, that's not a good plan.
The bandits who stole The Scream were hoping the Norwegian government would shell out to get back their national treasure.
"We knew the Norwegian government wasn't going to pay a ransom," Ellis says. "Governments don't pay ransom for art. It's covered by a national indemnity as I'm sure the paintings in Athens will be.
"They never insure them against theft because they will always want the pictures back."

There's a stereotype of the kind of person who amasses a dazzling collection of stolen art: a Bond villain with impeccable aesthetics, ruthlessly amoral and with deep pockets to fuel his compulsion. Ellis says it's a total fantasy.
The nearest there has been to somebody who actually went out and stole art because he had a passion for it was Stéphane Breitwieser in France. He stole nearly 300 works of art, took them back to his mother's house. And there he kept them.
Breitwieser, who was caught in 1997, amassed a collection worth an estimated $1.4 billion US, but he was hardly an international villain. Breitwieser was a waiter.
The more common heists are like the two stolen Picassos that Ellis tracked for three years before he found them last October in Serbia. They had moved around Europe after they were lifted from a Swiss gallery.
"The paintings were stolen by Serbian nationals who were looking for work in Switzerland," Ellis says. They hustled the loot back to Serbia where it was fenced by organized crime groups.
"Some of the art works were actually being used to acquire drugs from South America," he says.
So where does Ellis think the three pieces stolen from the museum in Athens are now?
If the thieves were truly pros, he says, "they will have had an escape route that was well planned. They're going to lay the artwork down, let the dust settle before they start moving it across borders. So I would start looking in Greece.
"But the borders are pretty porous. My guess is sooner rather than later these pictures will be moved to somewhere safer for the criminals to operate."
It took thieves seven minutes to remove Picasso's Woman's Head, Mondrian's Mill and a 16th century sketch from Greece's National Art Galley early Monday morning.
The museum, which was preparing for an extensive shutdown to renovate and expand, remains closed until further notice.
Posted by Art Hostage at 2:05 pm