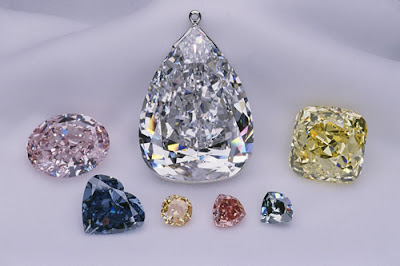 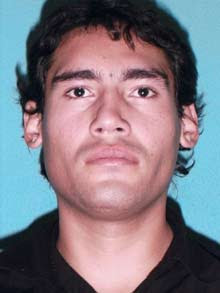 A quiet Saturday night. A dark sports utility vehicle eases into the parking lot of a Jupiter private school. The crew goes to work, unscrewing the bulbs of the motion-sensor floodlights and cutting a hole in the school's chain-link fence. They slice the phone and cable lines on a nearby pole.

The target is on the other side: Provident Jewelry store. Whether the crew knows it or not, they are about to pull off one of the largest jewel heists in South Florida history.

They pry open the rear door of an empty suite two doors down from the store. They bust through the drywall to get to the middle suite. Then they force their way into the attic, cutting alarm wires and breaking through the jewelry store's ceiling.

Awaiting them is a Class 2 vault, at least 10 inches of reinforced concrete that even under laboratory conditions takes at least an hour to bust through with high-tech tools and torches.

The crew has time. When store employees come to work Monday, there's a hole in the vault. Roughly 1,600 pieces of jewelry and watches are missing. Retail value: $15 million.

In the concrete rubble, there's a nearly empty bottle of cheap wine.

The burglars may have been celebrating early.

Jewel heists are a staple of cinema — intricately planned crimes performed with panache by debonair types like Cary Grant and George Clooney. That glamorized world of gentlemen thieves doesn't exist, but organized jewel-theft rings in South Florida are a reality.

State authorities believe that one group of Cuban immigrants pulled off more than 20 jewelry store and pawn shop burglaries in 18 months. They specialized in rooftop jobs, busting through the ceiling.

Then there are Colombian gangs that rob traveling jewelry salesmen, sometimes spending days shadowing their targets. Other brazen groups use distraction techniques, with up to 10 people at once going into the store during business hours.

When it comes to unloading stolen jewelry, Miami is one of the most popular cities in the country to fence the hot goods, according to the multi-agency South American Theft Group Task Force, based out of the FBI's South Florida office.

Within a matter of hours after jewels are stolen, the thieves often meet with fences, according to task force members. Diamonds can be untraceable once they are popped out of their settings. Gold can be melted.

The recovery of stolen jewelry is extremely unlikely. Steve Wexler, the president of Wexler Insurance Agency, one of the largest jewelers' insurance agencies in the country, said it has been his experience that the recovery rate is less than 1 percent.

Hot diamonds end up in the stream of commerce and can even find their way back to retail stores, Wexler said. It is estimated fences typically pay thieves about 25 percent of the wholesale price of the stolen jewelry, he said.

"Where the money is going depends on the individual involved," said Dave Carrazana, an Aventura police officer part of the task force. "Some look into the future and some live for today. A lot will spend their money foolishly. Others have sent money back to Colombia and established businesses in Colombia to realize legalized profits."Carrazana said he believes there are more than 1,000 members of such organized theft groups operating in the United States. Members often learn the crime trade from their family members, starting off with shoplifting before graduating into stealing jewels, he said.

The thieves who broke into Provident Jewelry on the weekend of Jan. 22, 2011, were pros. They used a combination of a jackhammer-style tool and a high-temperature cutting torch to penetrate the vault.

They disabled all 16 cameras as well as the surveillance system's digital video recorders. The two main circuit boards for the alarm system were found in a garbage bag.

Jupiter police got their first break in the case about three weeks later when one of the missing 100 loose stones ended up at the Gemological Institute of America in New York City to be examined. That led investigators to a Miami pawn shop where the loose diamonds were being sold.

Then came a tip from someone described in court records as simply "a confidential street source." The source said Pedro Luis Enriquez, aka "El Loco," played a role in the burglary. Enriquez, 40, had been languishing in theMiami-Dade CountyJail since Jan. 27, 2011, on outstanding warrants unrelated to the heist.

Jupiter police learned the Hialeah man had at least 25 prior arrests, including a handful for burglary and theft.

Investigators went to theMiami-Dade CountyJail to look at the property on Enriquez when he was arrested. They found a solid piece of evidence — a $8,000 bracelet from Provident, court records show.

A review of Enriquez's phone calls from the jail revealed that he had talked about winning the lottery and having people take care of watches and diamonds. Court records show his cellphone records also were pulled for the weekend of the heist.

At 2:38 a.m. that Sunday, Enriquez sent a text message to a friend: BINGO.

A day later, he sent another text message: SUPER BINGOOOOO.

Jupiter police Detective Eric Frank believes at least three people participated in the heist, but only Enriquez has been charged in the case. Enriquez is now in the Palm Beach County Jail on $600,000 bond, awaiting trial after pleading not guilty to grand theft and smash-and-grab burglary charges.

"It's still very much an active investigation and we're still hunting for the other players," Frank said. Enriquez did not come up as a primary player in known theft groups, he said.

State authorities announced in June they had busted up a high-end burglary ring responsible for breaking into 20 jewelry stores and pawn shops, netting more than $6 million in merchandise. The group, composed of at least nine Cuban immigrants, lived in Broward and Miami-Dade counties, but would travel as far as Connecticut to pull off burglaries from December 2008 to July 2010, court records show.

The group operated in crews of four to seven people, typically entering through the roof, disabling security systems and burning holes through safes, according to investigators. While they took jewelry and watches, they would not steal guns.

While they were sophisticated enough to make off with about $1 million in merchandise from jewelry stores in Davie and Greensboro, N.C., there were miscues, according to court documents. In the Greensboro burglary, one of the crew members left his cellphone behind, leading authorities to track the phone's path as well as who he called.

Eight of the alleged ring members are in custody, awaiting trial in Clay County for the burglaries. A ninth is a fugitive.Crews younger, more violent

Robert Taylor, founder of the nonprofit South American Theft Group Intelligence Network, said he firmly believes that theft crews are on the rise. Using multiple passports, group members can slide across the borders easily, said Taylor, whose groups acts as a clearinghouse for law enforcement.

Most of the crews are from Colombia with some from Peru or Ecuador, said Lou Mitchell, the FBI supervisory special agent overseeing the South American Theft Group Task Force formed nine years ago. Task force members talked to the Sun Sentinel in general about the groups, but declined to discuss specific cases.

"They commit crimes all over the country," Mitchell said. "When they first started in the United States, there was more of an art on how take property. A lot of times the victims wouldn't know [their jewels were missing] until they went back to their hotel room or left a restaurant. Crews now are younger, more impatient and willing to use violence."

The groups are sophisticated: they deploy lookouts, counter surveillance and multiple cars on a job. They will follow a traveling salesman across state lines on a stakeout, waiting for the moment to pounce.

"They are willing to surveil people for days and watch how police officers patrol a plaza and what kind of unmarked vehicles they may be driving," said Carrazana, the Aventura officer who is part of the task force.

In less than two months in the spring of 2008, there were three robberies targeting jewelry salesmen in Broward County. One thief chased a dealer with a knife at a Miramar gas station. In a Pembroke Pines parking lot, men with guns smashed out a New York diamond dealer's car windows and took $500,000 in jewels.

No fixed dollar amounts have been placed on how much in jewelry is stolen by such organized groups every year, but it is likely to be in the tens of millions, Taylor said.

Rob Samuels, president of Provident Jewelry, said that one year later, the store at 828 W. Indiantown Road has recovered nicely. Gross sales in 2011 actually were up 20 percent despite the store being closed for six weeks, he said.

While insurance covered the losses, employees still monitor the Internet to see if stolen items crop up. Two watches being sold by a South Florida business were recovered and an employee recently found a third one being advertised.

"We're still looking and every time we find something we are hopeful that the trail goes backward and gets more perpetrators and leads to more recovery," he said.

Enriquez isn't talking. After his April arrest, investigators tried to question him about the burglary, according to court records.

He smiled slightly when he was told about the evidence against him. He then said he wanted to talk to his lawyer.

I am just glad that I beat the case, and that my good Lawyer proved the case in every way possible just because a person has a history ,doesn't mean he is guilty !
Evan Hoffman, hands down ,had my life in his hands and I was facing min.pleas of 37 years as a cop out to "life"was beat with facts and proved that he is the best criminal defense lawyer in Miami for any Federal or State criminal charges .Contact Evan Hoffman