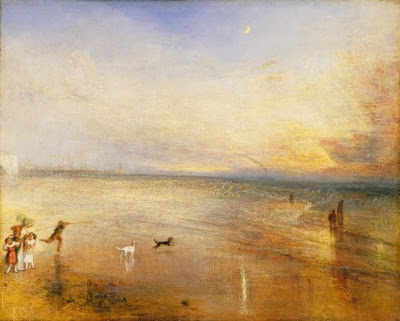 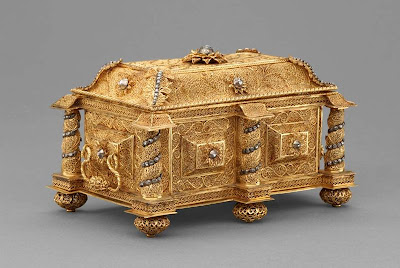 PANAJI: In what could be Goa's biggest robbery, items stolen from the Museum of Christian Art on Wednesday evening are valued at crores of rupees by virtue of being antiques of a unique nature. Museum security guard Luis Bogato, 55, was killed during the robbery.

Old Goa Police suspect the involvement of other security guards and have arrested Ravi Kumar, 20, from Bihar and Tikka Bahadur, 29, from Nepal, on suspicion.

"They have denied involvement. We are corroborating their claims with evidence gathered from the scene of offence. We are also looking into other aspects of the case. It is clear that the robbers' intention was to steal gold and they didn't know the value of antique items as ivory artefacts in the museum are untouched," police said.

Train tickets from Panvel to Margao found in the bushes near the museum, have raised suspicion that security guards may have executed the plan with the help of an outside hand.

"A jacket found near the bushes had railway tickets, indicating that two persons travelled from Panvel to Margao on January 24, and two bus tickets from Margao to Panaji and Panaji to Old Goa. We also found three live rounds in the jacket. We are investigating whether the plan was hatched in Goa by the security guards and executed with the help of robbers from Mumbai," police said.

"It is suspected that the security guard was attacked in front of the gate and then dragged into the compound. There was a pool of blood at the entrance when we arrived," police said.

Sources said Ravi was arrested after police found a blood-stained pant, suspected to be his, in the bushes. Two more live rounds were found in the pant pocket. "The staff at the museum said the pant belongs to Ravi, who used to regularly wear it to the museum, when he was working there. The pant size is that of Ravi's," police said. Ravi was transferred from museum security duty after the museum committee, unhappy with his behaviour, requested the security agency to replace him, sources said.

What has raised further suspicion is that Ravi has fresh minor injuries on his right hand finger and temple. "We have referred him to Goa Medical College and Hospital for medical examination to check the wound of the age. Also we are trying to verify if the blood stains on the pant are Bogato's," police said.

Interestingly, there are two men on security duty at any given time in the museum. On Wednesday evening, Bogato was alone when the robbers broke in. "Tikka was put on duty but reached the museum at about 7pm, when the police team was already at the spot. When the police asked him to open the main entrance to the museum, he said the keys were with Bogato. He also denied having his mobile number," police said.

The police team had to climb a tree and jump into the compound, where they found the body. "With a cutter we cut open the lock of the museum gate. Later, on checking Tikka's mobile, we found that he had Bogato's number," added police.

Preet Bharara, the United States Attorney for the Southern District of New York, and Janice K. Fedarcyk, the Assistant Director in Charge of the New York Office of the Federal Bureau of Investigation (“FBI”) announced charges today against ROBERT SCOTT COOK, a Manhattan-based art dealer, for defrauding one of his clients out of more than $4 million worth of art including works by Pablo Picasso, Edouard Manet, Henri Matisse, and Pierre-Auguste Renoir.

Manhattan U.S. Attorney Preet Bharara said: “Robert Cook portrayed himself as a responsible art dealer, but the allegations here paint a very different picture. As alleged, instead of acting as an agent on his client’s behalf as promised, Cook sold the works of art behind his client’s back. Cook’s charade has now come to an end.”

The following allegations are based on the complaint, which was filed today in Manhattan federal court:

COOK was the principal of Cook Fine Art, LLC, a gallery located on Madison Avenue in New York, New York. From 2005 to 2011, COOK engaged in a scheme to defraud one of his clients (the “Collector”) by selling 16 works of art owned by the Collector without his knowledge. The artwork, which was worth over $4 million, included watercolors, drawings, photographs, and other artwork by artists including Picasso, Manet, Matisse, Renoir, Wassily Kandinsky, and Paul Klee. COOK sold this artwork to various galleries and auction houses for $4,293,270. He failed to give the proceeds of those sales to the Collector, and lied to the Collector about the status of the art. COOK kept nearly all of the proceeds, except for approximately $100,000 that was paid to galleries as commissions.

Mr. Bharara praised the investigative work of the FBI.

This case is being handled by the Office’s Complex Frauds Unit. Assistant U.S. Attorney Jason P. Hernandez is in charge of the prosecution.

The charge and allegations contained in the complaint are merely accusations, and the defendant is presumed innocent unless and until proven guilty.

Turner and the Elements

In Turner and the Elements, our first major show of the painter’s work at Turner Contemporary, we explore the important role that the depiction of the elements played in his landscape watercolours and paintings.

The exhibition brings together 88 works; 76 watercolours and 12 late oil paintings, many from the Tate collection. Turner’s innovative painting technique and the influence of scientific and technological developments during his lifetime were to revolutionise landscape painting.

Today, nearly two centuries since Turner’s visits to Margate, see first-hand how his dynamic concept of landscape, unconventional use of colour and near abstract watercolours and paintings secured his place as the artist of the elements and the founder of modern landscape painting.

Works on display include Snow Storm – Steam-Boat off a Harbour’s Mouth exhibited 1842 and The New Moon; or ‘I’ve lost My Boat, You shan’t have Your Hoop’ exhibited 1840. Turner’s frequent visits to Margate and the Kent coast are vividly portrayed, with particular works chosen especially for the exhibition’s time at Turner Contemporary.

Curated by Inés Richter-Musso and Ortrud Westheider, the exhibition is the only opportunity to see this selection of works by Turner together in the UK.

Turner and the Elements is organised in collaboration with Bucerius Kunst Forum, Hamburg and The National Museum, Cracow.

"The world has never seen anything like this picture."
William Makepeace Thackeray, Frasers Magazine, 1844

“The artist delights to go back to the first chaos of the world, or to that state of things when the waters were separated from the dry land, and light from darkness, but as yet no living thing nor tree bearing fruit was seen upon the face of the earth”.
Art critic William Hazlitt commenting on Turner’s work, 1816

"This is the moment I've been waiting for, for ten years - bringing a whole exhibition of Turner's work to Margate" Director Victoria Pomery.

God forbid the Tate loses another Turner lent out to a third party Museum.

Really hope security is tight during this exhibition.

Wonder who done the Risk Assessment?

Has the possibility of a "snatch and run" been considered?

Have background checks been made of security staff, cleaners, and contractors?

Could we see a repeat of the Paris, Athens Art Heists whereby a break-in see's several Turners stolen?

Could Balkan criminal associates in England target the Turners then ship them to the Balkans where they would be held (Art) Hostage until ransomed back to willing Art Loss investigators?
Posted by Art Hostage at 3:05 pm