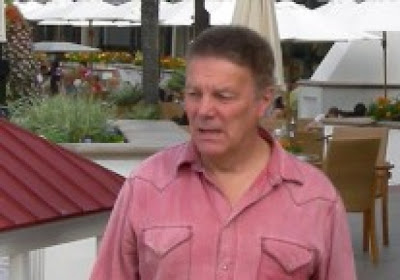 A well-known Yorkshire father and son business partnership have been given suspended prison sentences for handling stolen guitars.

AN international police inquiry was launched in October 2006 when 157 rare guitars worth £1m were stolen from a collector in Italy.

Thieves stole some of the world’s most desirable guitars, including Telecasters, Stratocasters, Gibsons and Rickenbackers when they broke into Pierpaolo Adda’s Guitar Ranch museum in Verona in two separate burglaries.

The theft undermined the value of iconic, vintage guitars. Ultimately police traced at least 30 of the missing guitars – worth £170,000-plus – to a Yorkshire-based dealership, Music Ground.

It is believed the burglaries were the work of Serbian gangsters.

Following the thefts Snr Adda emailed a list of the stolen guitars to traders and collectors across the world.

Nine months after the burglaries an email was sent out by Music Ground to traders and buyers offering a 1964 Stratocaster guitar for sale for £8,500. Snr Adda could not believe his eyes. He was convinced the instrument was his, and he searched the Music Ground website and found seven or eight other guitars matching those stolen from his museum.

As reported in Saturday’s YEP, Rick Harrison, 63, and son Justin, 40 – who received suspended jail terms on Friday for handling stolen goods – were behind Music Ground.

Two guitars offered for sale at one of Music Ground’s six retail outlets in London’s Denmark Street attracted Snr Adda’s attention. He contacted London’s Metropolitan Police who seized them. Soon after, Snr Adda flew over and identifed the instruments as his.

As time passed, information was received that another of the stolen guitars was for sale at Music Ground’s Manchester shop. Greater Manchester Police seized that instrument – a Gibson J160E. Snr Adda travelled to Manchester and identified that instrument as his. It was clear more missing guitars were likely to be in Britain, and West Yorkshire Police and South Yorkshire Police, which covered Music Ground’s premises in Call Lane, Leeds, and Doncaster, became involved.

Det Con Chris Lord, of City and Holbeck Division, an organised crime investigator with an interest in guitars, was assigned to the case and West Yorkshire Police headed the inquiry into the disposal of the stolen instruments.

A survey of antique guitar dealers was launched, and more of the stolen instruments were traced to Music Ground outlets. Raids were carried out on March 4 2009 at Music Ground in Call Lane by West Yorkshire officers and at the firm’s warehouse-style unit on Bentley Moor Lane, Doncaster, by South Yorkshire Police.

At Call Lane, a 1974 Gibson SJ Deluxe guitar from the Italian burglaries was recovered and Rick and Justin Harrison were arrested. They denied they knew the instrument was stolen and queried whether it was part of the burglary haul.

Justin claimed he bought the seized guitars from legal sources and had receipts to prove it. These were seized as evidence.

More receipts were seized three weeks later from one of Music Ground’s Denmark Street premises. Some bore the names of the suspected Serbian burglary gang leaders. Many bore commonplace names. Slowly the inquiry unearthed more stolen guitars, and it was established that more than 30 seized from Music Ground were part of the 157 haul.

After police received information that an Adrian Elderkin of Retford, Nottinghamshire, was holding guitars for Rick Harrison, Elderkin’s home was raided and four guitars were found and identified as coming from the burglaries.

Elderkin was arrested on suspicion of handling, he admitted he knew the guitars were stolen and claimed Rick Harrison had asked him to look after them. Elderkin’s wife Coral confirmed this in a statement and later Elderkin received a formal caution.

The Music Ground store in Call Lane, Leeds, closed along with the Manchester premises. The firm faced financial trouble for a period, but it is believed the Harrisons continued to trade on the internet.

This is kinda surprising because the alleged suspects are well to do and how do they steal something when they can really afford it?

The suspects are hardly "well to do" if you know anything about them - among guitar traders they've been known to partake in a whole host of illegal activity for the best part of twenty or thirty years. This would include the faking of old guitars and amplifiers; shipping empty cases to buyers and claiming the guitars stolen en route; lying to customers about a guitar's year of manufacture; and plenty more besides. A more unscrupulous pair you'd be hard-pushed to find...