Listen,, Those are Screams for Justice from Heaven !! 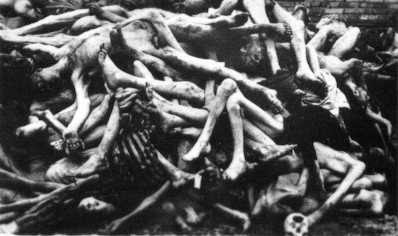 Thousands of Nazi-Looted Works Are Held by Museums, Survey Says


April 27 (Bloomberg) -- Museums are hoarding thousands of artworks seized by the Nazis and doing too little, especially in Germany, to trace the prewar Jewish owners or their heirs, the authors of a new handbook on art restitution say.

During Hitler's 12-year rule, about 650,000 works were plundered in the biggest art heist ever, the New York-based Jewish Claims Conference estimates. Restitutions such as the city of Berlin's return last year of Ernst Ludwig Kirchner's 1913 ``Berlin Street Scene'' are only a start, said Gunnar Schnabel, who compiled ``Nazi Looted Art'' (Proprietas Verlag) with historian Monika Tatzkow. The book will be published in English in June.

``It's like hiding a nuclear bomb under the bedcovers,'' Schnabel said in an interview in Berlin before an April 23-24 congress on looted art held in nearby Potsdam. ``There are so many cases that need to be cleared up, thousands of them in Germany alone.''

Before World War II, Jewish art lovers were behind some of Europe's greatest private collections. The Nazis created a bureaucracy devoted to looting them. Hitler appointed a commission to hunt down old masters for a planned museum in his home town of Linz, while Hermann Goering scoured Europe to expand the private collection he kept at his country estate near Berlin. The Gestapo ransacked museums and homes for ``degenerate'' modern artworks.

In the five years after the war, looted art was collected by the allies and returned to their countries of origin. Yet until the collapse of communism in 1989, little was done to find the rightful owners, says Christian Kennedy, the Special Envoy for Holocaust Issues at the U.S. State Department.

``Sixty years later, we are still trying to put the pieces together,'' he told delegates in Potsdam.

For Germany, where the legal deadline for restitution claims was 1992, the non-binding Washington Principles agreed by 44 countries in 1998 are the framework for returning loot. The signatories agreed to identify stolen art, open up archives, publicize suspicious cases, establish a central registry of looted art and ``achieve a just and fair solution'' for the Nazi- persecuted prewar owners or their heirs.

While the Netherlands and Austria have almost completed their provenance research of public collections, Germany isn't living up to its commitments, said Georg Heuberger, head of the Jewish Claims Conference's Frankfurt office.

``The rupture in civilization that was the Holocaust can only be overcome through restitution,'' Heuberger said in an interview during the Potsdam conference. ``Instead of making special efforts, Germany is backpedaling. That disturbs me.''

Culture Minister Bernd Neumann last year called a meeting of museum directors that pledged to coordinate provenance research nationwide and make restitution more transparent. The government is discussing funding of as much as 5 million euros ($6.8 million) for museums to conduct research, Neumann's spokesman Hagen-Philipp Wolf said in a telephone interview.

Lawyers, art detectives, genealogists and auction houses are filling the gap left by slow government action to help victims and heirs track down art. With every side taking a cut and art prices at records, restitution has become big business.

The lack of a central help desk means victims and heirs ``are forced to go to a lawyer or private researcher,'' Heuberger said. ``They then have to promise them 30 percent or 50 percent of the auction price to even get started. It's not a good situation for the heirs.''

Anita Halpin, the London-based heir of ``Berlin Street Scene,'' sold the painting for a Kirchner record of $38.1 million at a Christie's International auction in New York -- after talks with the Berlin Senate collapsed on a purchase that would have kept the work in Berlin's own Bruecke Museum.

The Kirchner return unleashed what Neumann termed an ``emotional debate'' in Germany. Bernd Schultz, head of Berlin auction house Villa Grisebach, wrote in the Frankfurter Allgemeine Zeitung of ``unscrupulous, sharp restitution lawyers in the U.S.'' seeking ``to break open all the German museums as a boost for the international art market.''

Similar criticism surfaced in the Netherlands, where a court in February ordered the heir of gallery owner Jacques Goudstikker to pay her lawyer 7.9 million euros ($10.7 million) for his help in recovering more than 200 works from the Dutch state.

David Rowland of the New York law firm Rowland & Petroff, the lawyer who secured the return of ``Berlin Street Scene,'' said that the real issue is justice for the heirs. He declined to disclose the percentage his firm charges.

``These claims that the law firms are taking all the profit, it's certainly not true in our case,'' he said in an interview in Potsdam. Though his firm works on a contingency basis -- charges a percentage only if the claim is successful -- ``it certainly doesn't approach the level of 50 percent,'' he said. ``It varies according to the circumstances.''

A German panel set up to settle disputed cases has only ruled on two, and the Kirchner painting is not one of them. The patrons' association of the Bruecke Museum, where ``Berlin Street Scene'' was previously housed, says it should have been, and blames the city government for the picture's loss.

Ludwig von Pufendorf, head of the association and a restitution lawyer, has filed a complaint against former Culture Senator Thomas Flierl and his deputy, Barbara Kisseler, for breach of trust. Berlin prosecutors said this week that they'll investigate it, after rejecting a previous request.

``We have to find the money'' to do the provenance research, Martin Roth, the director of Dresden's public museums, said in an interview in Potsdam. He conceded that there may be ``hundreds'' of looted objects in Dresden's collections.

Another obstacle, Schnabel and Heuberger say, is that museums neglect to publicize art that is suspected of being stolen for fear of losing important works.

The public database http://www.lostart.de , where museums should list art of dubious provenance, mainly contains art lost through Soviet plundering after the war. Only a handful of ``the suspicious cases'' are included, Schnabel says.

That contrasts with the U.S., where a portal set up by the American Association of Museums has drawn 155 museums listing 25,424 artworks that may have been looted by the Nazis.

To contact the writer on this story: Catherine Hickley in Berlin at chickley@bloomberg.net .

Michel Van Rijn
Glorified and sanctified be God's great name throughout the world which He has created according to His will.

May He establish His kingdom in your lifetime and during your days, and within the life of the entire House of Israel, speedily and soon; and say, Amen.

May His great name be blessed forever and to all eternity.

Blessed and praised, glorified and exalted, extolled and honoured, adored and lauded be the name of the Holy One, blessed be He, beyond all the blessings and hymns, praises and consolations that are ever spoken in the world; and say, Amen.

May there be abundant peace from heaven, and life, for us
and for all Israel; and say, Amen.

He who creates peace in His celestial heights, may He create peace for us and for all Israel; and say, Amen. 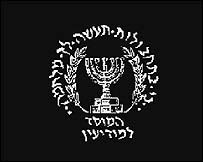