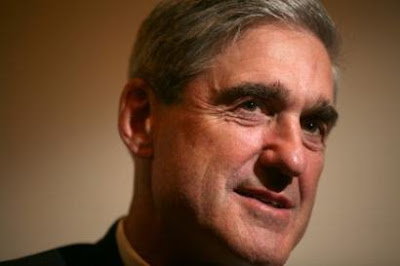 FBI Director Robert S. Mueller III said he pledged the bureau's help in cracking down on gang violence throughout the state during a meeting yesterday with Massachusetts State Police Colonel Mark F. Delaney.


"What is clear is that we have to work together to address the problem," Mueller told the Globe yesterday. Mueller said FBI officials in Boston have been meeting regularly with Boston Police Commissioner Edward F. Davis and other law enforcement officials about tapping more federal resources to target gangs and deal with an increase in homicides.

" My own view is we ought to do whatever we can" to help law enforcement lower the homicide rate "because of the dramatic impact on a community from violent crime," Mueller said.

"We'll take whatever time and resources are needed to locate him," said Mueller when asked whether catching Bulger, a longtime FBI informant who fled just before his 1995 federal racketeering indictment, would remain a top priority. The former South Boston crime boss, one of the FBI's 10 Most Wanted, is charged with killing 19 people

Noting that lawsuits are still pending against the government, Mueller declined to comment on demands for an official FBI apology from relatives of Bulger's victims; a recent court judgment condemning the bureau; or on a host of lawsuits spawned by the FBI's handling of informants from the 1960s to the 1990s.

In September, a federal judge found that the FBI's mishandling of Bulger and Stephen "The Rifleman" Flemmi caused the 1984 murder of Quincy fisherman John McIntyre, and ordered the government to pay $3.2 million to his family.

The judge found that the FBI failed to properly supervise the gangsters' handler, retired FBI agent John J. Connolly Jr., who was sentenced to 10 years in prison after his 2002 federal racketeering conviction for protecting Bulger and Flemmi. Connolly is also slated to stand trial on state murder charges in Florida in September.

Six similar civil lawsuits brought against the government by victims of Bulger and Flemmi, who is serving a life sentence for killing 10 people, have yet to go to trial.

And in another case, a federal judge in Boston is expected to issue a decision soon on a civil suit brought against the government by four men who were wrongly convicted of a 1965 gangland murder and say the FBI is to blame. Joseph Salvati and Peter J. Limone both spent more than 30 years in prison before their convictions were overturned by a state judge in 2001 after secret FBI documents that may have helped them prove their innocence were discovered. The two others, Henry Tameleo and Louis Greco , died in prison.

Yesterday, Mueller, who served as a federal prosecutor in Boston in the 1980s, said he couldn't discuss any of the civil or criminal cases. He said, however, that the FBI has revised its informant guidelines and added more oversight as a result of the Bulger scandal.

"I think the public should recognize that what happened, happened years ago," said Mueller, adding that the FBI "put into place mechanisms to prevent this from happening in the future."

"Most importantly," Mueller said, "look at the FBI today."

He said the bureau is working with local law enforcement to target violent crime, cybercrime, and terrorism.

Mueller also talked about the FBI's need to use national security letters to obtain information critical to terrorism investigations while balancing privacy rights. Under the Patriot Act, the letters allow the FBI to get records from Internet service providers, telephone companies, banks, credit bureaus, and other businesses without a subpoena or judicial oversight.

The agency has come under fire for its use of the letters and put a compliance program in place. Last week the bureau's legal counsel met with privacy advocates to consider their suggestions on the guidelines for using them.

Mueller said yesterday that he plans to sit down with privacy advocates to hear their concerns. The letters are an essential tool for the FBI, said Mueller. "One of the things we are careful to do is use the least intrusive means possible" in using them, he added.

To coin a phrase, "The Buck stops here" meaning that the FBI, although much more transparent and honest than in the past, still carry the stigma of past mis-deeds because the FBI has only addressed its short-comings with low level scape-goats, rather than the head of the Beast being cut off to start afresh.

To give credibility to claims the FBI have left the past behind, Robert Mueller should "fall on his sword" and quietly retire, allowing the new FBI Director, Ken Kaiser in my opinion, to take up the helm, hit the ground running, and show the public the New Improved FBI are fit for purpose.

That is not to say Robert Mueller is guilty of anything specific, but the gesture of his retirement will give the FBI a new lease of life and regain the respect of the Public, who's help is desperately needed in the ongoing fight against organised criminals as well as Terrorists.

If Mr Mueller is going to need a Presidential pardon, (for indiscretions in Boston back in the 1980's) in the future he may well think that President Bush is his best bet.

Robert Mueller should however, act early and get his name added below Scooter Libby, who will be pardoned as George W. Bush leaves the Oval Office, January 2009.

Being the fall guy Mr Mueller is much better than being the defendant, getting convicted, and then relying on a new President for a pardon !!