Rare Raphael work up for auction 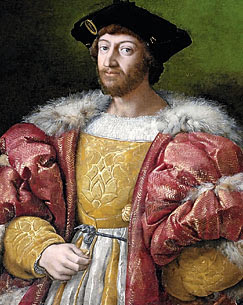 Rare Raphael work up for auction


A painting by Renaissance artist Raphael is expected to fetch £15m when it is sold in London later this summer.
The portrait, of Florentine ruler Lorenzo de' Medici, has not been seen in public for 40 years - but will be displayed at Christie's from 30 June.

The auctioneer describes the work as the most important Renaissance portrait to be sold at auction for a generation.

In 2004, the National Gallery raised £22m to stop Raphael's Madonna of the Pinks leaving the UK.

The Italian painter started as a competent master of provincial church decoration and became one of the greatest painters of his era.

When the portrait of Lorenzo de'Medici was last sold in 1968, there was debate over its origins. However, major scholars now agree it is a genuine Raphael.

The portrait was commissioned by Pope Leo X after he arranged a marriage between his nephew, Lorenzo de'Medici, and Madeleine de la Tour d'Auvergne, a cousin of Francois I, King of France.

The couple had never met, and so Raphael's paintings were to serve as an introduction - in a Renaissance version of the blind date.

In his portrait, Lorenzo is seen dressed in a gold tunic and fur-lined cape, resplendent against a rich green background.

The Pope's introduction seems to have worked - the couple married in 1518 and had a daughter, Catherine de' Medici, who went on to marry King Henry II of France.

"We are excited to offer this remarkable work by Raphael, one of the most renowned and accomplished of European artists," said Richard Knight, international director of Christie's Old Master Department.

"The importance of the artist and the sitter, together with the provenance and the historical context behind this painting's creation, make it one of the most significant old master pictures to be offered at auction for a generation."

The sale will be held at Christie's in London on 5 July. 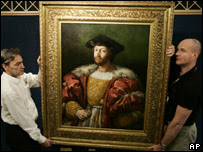