When You Pay Peanuts, You Get Monkey's !! 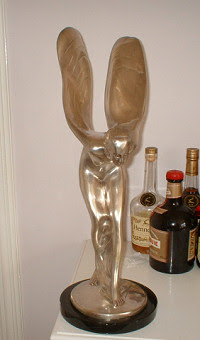 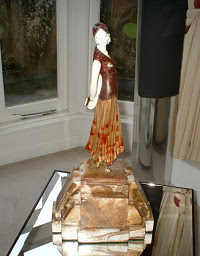 Change the base and this Bronze and Ivory, left, becomes indistinguishable/untraceable from numerous other examples. 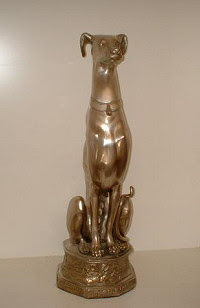 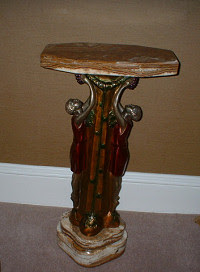 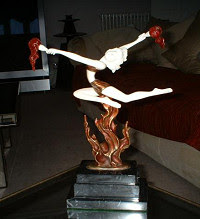 Flame Leaper by Ferdinand Priess, change the base and it becomes untraceable. 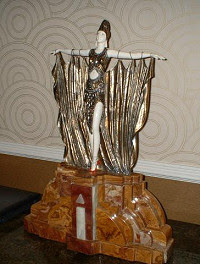 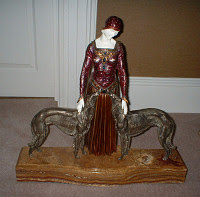 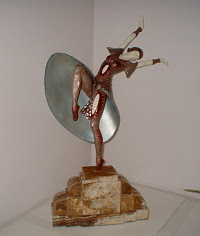 This Bronze and Ivory, left, is called "Almeria" by Dimitri Chiparus, trade value £150,000, retail £350,000, underworld value £100,000 because if the base is changed I defy anyone, including the owner to distinguish it from numerous other examples. There was another example sold recently by Nagel of Stuttgart for 220,000 euros £157,140, exact copy different base. This proves the £50,000 bogus reward is Peanuts and unless it is revised upward there will be no takers.

As soon as these Bronze and ivory figures are in the hands of a high value stolen art handler they will have their bases changed before being laid down to re-appear at a high value art fair, probably in Florida to be sold for top money. With their bases changed I defy anyone including the owner to pick out the stolen ones, unless there is damage or stress fractures to the Ivory parts, normally caused by central heating. Once Bronze and Ivory figures have damage to the Ivory they cannot be restored without it being detectable.
Furthermore, high value stolen art handlers are so sophisticated that they will purchase quite legitimately another example of each stolen figure then sell the stolen one as legit, before, in a few years selling the legit one they bought to cover their back.
Before anyone accuses me of giving the thieves/handlers advice, they have been doing this with stolen Bronze and Ivories for many years. 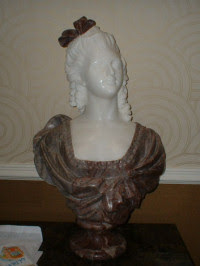 Following a report of a £1.5 million burglary in Bournemouth in which valuable Art Deco statues were stolen, detectives are releasing pictures of the items and appealing for public help - with an insurance company offering a reward.

Sometime between 12.30pm and 11.20pm on Thursday 17 May 2007, intruders entered a first floor flat in Studland Road, Bournemouth and stole twelve valuable statues as well as cameras and electrical equipment valued in excess of £1.5m.

Detectives are releasing pictures of ten of the distinctive Art Deco statues and a reward of £50,000 is being offered for information leading to the arrest and conviction of the offenders and recovery of the stolen property.

Detective Sergeant Craig Travers, of Bournemouth CID, said: “It looks like the thieves knew exactly what to take and there’s no doubt that they would have used a vehicle to remove this number of items.

“It’s my hope that by releasing pictures of some of the very distinctive statues - together with the offer of a substantial reward - anyone with information about the burglary, or about those involved, will come forward.

“I’d like to hear urgently from anyone who was in the Studland Road area after lunch or during the evening last Thursday, 17 May 2007, and who saw a man, or men, acting suspiciously - or who possibly had their attention drawn to a car or van.

“I’m also hoping that anyone else who recognises the statues from the pictures - and who may know of the whereabouts of these heavy and distinctive items - will do the right thing and come forward in absolute confidence.

“I can’t rule out the possibility that the stolen items may still be in the local area -perhaps being stored by someone who may not even know that they are looking after stolen property. If this is you, then please call the police straight away.

“It is also my hope that those dealing in art and antiques will take careful note of the details of the stolen statues and I’m appealing to any dealer who knows, or believes they know, the whereabouts of any of the items.

“I’m quite convinced that because of the nature of these items someone, somewhere - perhaps several people - knows, or suspects that they know, who is responsible for stealing them, and I appeal to those people to come forward.” 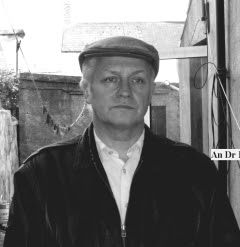 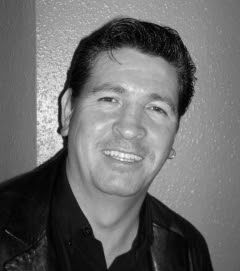 Police are appealing for witnesses and information from the public after a despicable thief deceived a vulnerable Portland man to enter his home and then steal a large amount of money.

Shortly before 2pm on Tuesday 22 May 2007 a man gained entry to a flat in the East Weare Road area of Portland by pretending to be a plumber sent to check radiators. He later left his vulnerable victim’s home with several hundreds of pounds in coins.

Police Constable Karen Daniels, of Weymouth police, said: “The despicable thief pretended he needed to check radiators in the home of this very vulnerable 50 year old man and when inside he took his opportunity to steal a large amount of money.

“I’m appealing to the public for information that might help me find this thief, and I’d like to remind residents with elderly or vulnerable neighbours to please keep a wary eye out for their neighbours, and immediately report any suspicious callers or activity.”

The man police are looking for is white, aged in his early 50's, Five feet seven or eight inches tall and of slim build with dark short hair brushed forwards, a pale complexion and clean-shaven. He was wearing dark trousers, a white T-shirt and black shoes.

PC Daniels continued: “It’s with the help of our local community that we can stop the activities of such heartless criminals, and I’d like to hear from anyone who recognises this man from the description and from anyone who saw him in the area yesterday.”

"The truth is a Brighton Knocker Boy called------, nicknamed-------, called on this address some time ago and saw the Art Deco figurines, unable to buy anything he passed this information on to the Brighton Antiques Mafia A-Team of burglars.


These burglars -----and------were driven to Bournemouth by---- and burgled the flat and then made their way back to Brighton.


"Furthermore, there is now a Modus Vivendi between Irish Traveller Art thieves/Scousers and Brighton Antiques Knocker Boys, who are sharing intelligence about where the high value art is located."


"Bournemouth is just the latest place to be visited, focus is now on------where Brighton Knockers and Irish Travellers are getting together this coming week for new criminal acts."

Sadly, these Irish bogus water officials had more luck with an elderly man as stated in the report above.

Despicable, yes, preventable, yes, when Police treat informants with respect and pay a decent reward, including a legally binding contract.

A freebie, check CCTV from local superstore, show victim, then use "Facial recognition Software" to identify the Irish Bogus Official.

If Dorset Police do not have "Facial Recognition Software" then contact the FBI who will, I am sure, for a fee, let Dorset Police use their state of the art computer facial recognition software.

Otherwise those with information will say:

"What part of Go Fuck Yourself Don't you understand"

Back to the Art Deco sculpture theft, Some of the Bronze and Ivories figures have been sold to -------whilst others remain for sale.


------has offered a price for the rest of the Bronze and Ivory figures but that offer has been turned down.


The current location of the unsold stolen Art Deco Bronze and Ivories is------they are being stored in-------s house, a relative of one of the burglars.


It will take allot more than £50,000 to fill in the blanks, and in any case rewards are forbidden, and not paid, despite all the media rhetoric."


So, there we have it folks, Art Hostage cannot obtain the missing names and locations without paying this underworld source, or at least obtaining a written contract that is binding and lawful and will make payment once the thieves are caught and the property recovered.

Memo to the bad guys: 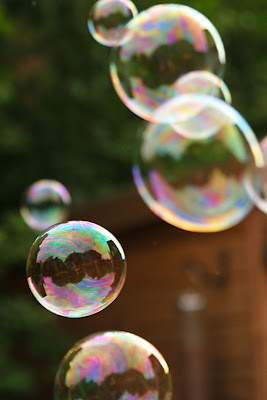 Take this as "Having your card marked" about Cuckoo's in your nest willing to sell you out as soon as Law Enforcement gets it act together.

The top echelons of the Global Organised Crime Syndicates have always regarded dealing with the Brighton Antiques Mafia Trade/Brighton Criminal Underworld as
"You will either get Fucked, Nicked, or Both"
How true !!! 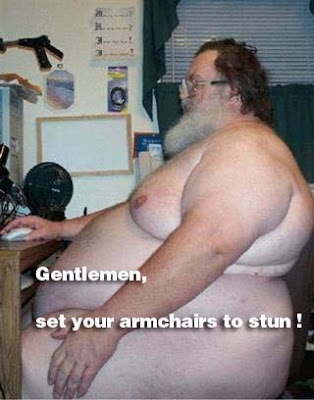 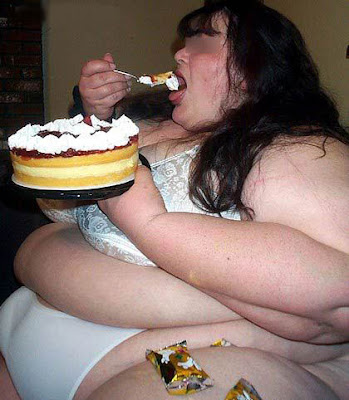 Memo to all Antiques dealers 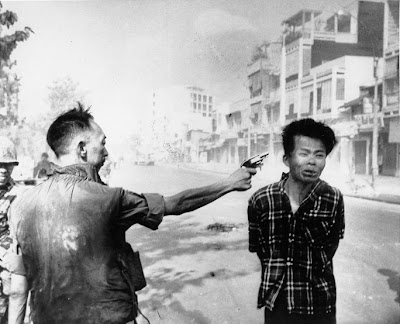 To any Antiques dealer foolish enough to think the reward will be paid.

Before the Antiques dealer can even think about any reward he must be registered as an informant/Human Source with Dorset Police to comply with the 2002 Proceeds of Crime Act.

It is only then, in theory, will Police give a Comfort letter to the Insurers allowing them to pay a reward.


However, even if this is done, Insurers have a secret code of conduct that means they will prevaricate and delay payment in order to reduce the amount.

Added to all of that, the Antiques dealer will be regarded as a Grass/Stool Pigeon/Rat and his Antiques dealing days will be numbered.


The moral of this story is any Antiques dealer that is approached to buy these Bronze and Ivories must think very, very carefully and consult a lawyer before he does anything, better still refuse to buy the Bournemouth Bronze and Ivories and keep quiet about the approach.


Otherwise any Antiques dealer trying to do the right thing will be hung out to dry.

Very sad, but true.
Still not convinced, then revisit: 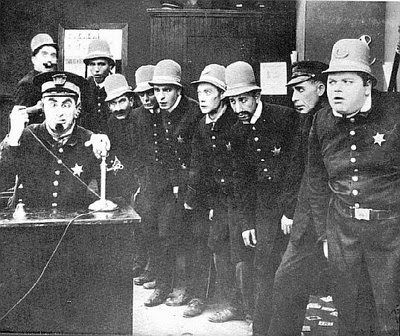 Go back to arresting people for dropping a piece of Cucumber, or possession of an egg with intent to throw, that's what reaches the Govt targets and stop mis-leading the public.


Anyone with information about crime in the Dorset Police area visit http://www.dorsetpolice.net/

Detective Craig Travers may indeed be a sincere, decent, honourable, hard-working cop, trouble is the system is stacked against Police and they have their hands tied because of the unworkable laws governing payment of rewards.

The Home office is looking again at how informants are treated and perhaps in the future there will be mechanisms in place that reward those who take great risk to provide the intelligence needed to combat these despicable crimes against the person and their property.

Until then the public and artworks alike will be held Hostage to fortune with no major recoveries or arrests, unless Police stumble onto a lead.

O'h what a vacuous world we live in. 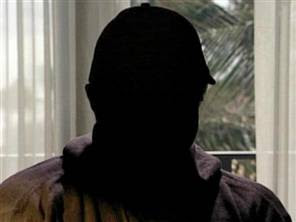 When you pay Peanuts, you get Monkey's, and that is a Memo !! 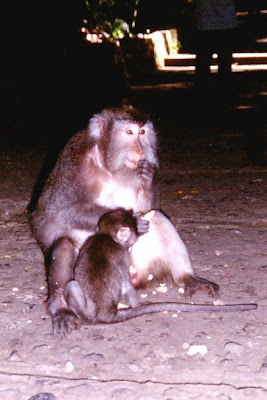 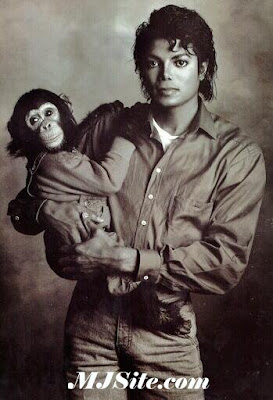