Hypocritical Dishonest Middle Class Don't Like it Up "Em !!


Helen Nugent
Nearly 200,000 people have informed on friends, colleagues and family to the taxman in the year since a confidential hotline was set up, The Times has learnt.

Last night the Revenue declined to reveal how many prosecutions had resulted from calls taken by the hotline or how much money had been recovered. The Treasury said that it would publish a costs and benefits report on the hotline in due course. No one calling the hotline receives a reward.

A Revenue spokesman said: “The details of the call are processed and if the risk and intelligence team decides that we should proceed with intervention they will gather information from various places, such as company accounts, employer records, self-assessment forms and tax credit information to support the allegation.

“Interventions can take some time and in some cases we will have to wait until the end of the tax year to see if the person under investigation submits a return to us.”

The scale of the response emerged after a Freedom of Information question submitted by The Times to Revenue & Customs (HMRC) earlier this year and comes only two days after the taxman unveiled proposals to take powers to raid bank accounts of both individuals and companies to recover unpaid taxes without court action.

The Revenue’s hotline is based on the Department for Work and Pensions’ national benefit fraud hotline which opened seven years ago. Last year it received 212,000 calls, which led directly to the prevention of more than £21 million of fraud.

Over the past few years the taxman has used an increasing number of new powers to collect unpaid money in order to meet increased collection targets. From 2005-08 its investigation teams hope to raise an extra £7.25 billion in unpaid income tax and national insurance contributions.

A number of measures are used to target stubborn taxpayers, from unlimited £60 a day fines for persistent self-assessment nonpayers to bonuses for tax inspectors.

Matt Coward, senior tax adviser at Blick Rothenberg, a firm of accountants, said: “In their internal instructions to officers, HMRC have always told their officers to be rather sceptical of anonymous tip-offs, because many of these could be motivated purely by personal spite or malice. Now we see this encouraged by freephone, freepost and e-mail.”

Vince Cable, the Liberal Democrat Treasury spokesman, said: “I have no quarrel with the principle of the tax hotline. But I am immediately sceptical of the ability of the Revenue to handle this wave of information from the public. There is lots of evidence that they are struggling to cope with the work they already have.”

Yesterday it emerged that one million people are taxed wrongly because of errors by the Revenue. The National Audit Office found that in the year to April, mistakes by officials resulted in taxpayers making £157 million of overpayments and £125 million of underpayments.

Mr Coward said: “Nobody should have any qualms about HMRC taking a robust line with the tax evader or the persistently noncompliant. In a sense these individuals could be regarded as stealing from the rest of us. However, anything that alters the balance of rights between taxpayer and Revenue & Customs must be properly thought through and be underpinned by proper procedures and an appeal process.”

Taxpayers in other countries are offered incentives to report friends and family. In the US, a number of hotlines exist for both state and federal taxes and rewards are given. People who report tax cheats in Australia and Canada are entitled to cash benefits. Anyone calling the British hotline will not receive any money. According to the taxman, knowing that they are doing the right thing is reward enough.

Philip Hammond, Shadow Chief Secretary to the Treasury, said: “We support legitimate attempts to reduce tax evasion. But it would be helpful if we knew what percentage of these calls were genuinely helpful and what proportion were made maliciously.”

I have no issue with the authority rigorously pursuing those evading tax, but there is something unpleasant about this further extension of state powers by turning citizens into informers. Aren't we better than that?

How about informing on those who commit benefit fraud? I know I could name a few...

For theft and deceipt you still can't beat Gordon Brown's attack on pension schemes and all his stealth taxes.

Where the hotline for this?

Of course, none of us should condone illegality of any kind but it really does say something about a government that encourages members of its society to inform on their fellow citizens.
Every day we are treated to television ads proclaiming the govenments ability to crush our cars should we fail to pay our road fund licence, to send us to prison for non payment of our tv licence, to fine us and to give us a criminal record for not having a licence for a fishing rod and to send us to prison if we fail to disclose any earned income whilst receiving benefits.
It is exactly the kind of abhorrent behaviour that we all so despised in the Soviet Union and Communist China. This is the legacy of ten years of a totalitarian government and the British people have no-one to blame but themselves.

I have to agree. If everyone pays their taxes faithfully, one will find that the honest taxpayer should, if the government is an honest one, eventually end up in paying less in taxes. This is because if everyone pays up, the government's coffers would fill up and it would be able, theoretically, to give tax breaks etc.. or even reduce tax rates. I therefore see it this way. The person who chooses not evade this responsibility affects me as a taxpayer.

I hope GB is not turning into a real George Orwell Big Brother state!

"Anyone calling the British hotline will not receive any money. According to the taxman, knowing that they are doing the right thing is reward enough".
The right thing is reward enough for me, let's see, how about offshore companies, equity nil tax scams, politicians on Â£100,000 a year claiming tax credit rebates. These suggestions for inquiry would obviously come under the heading of malicious rather than 'helpfull'.

It's a sad thing, isn't it - informing on neighbours and workmates.

Is it done on the basis of national pride? Is it done because of an intrinsic sense of justice?

Of course not - it's done to settle accounts with somebody at work. Sad, sad people coupled with an opportunistic government looking for yet another way to police people in a cost effective manner.
What a nation of finks!
Hardly makes one want to hold his head up!
Rob, Scotland, 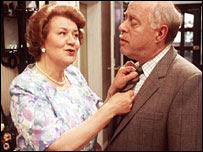 Ooh, don't you just love em, just listen to the hypocritical, dishonest Middle Class whinge about their incessant dishonesty that's only a little "rule-bending", "not a real crime", everybody "cheats the Taxman" attitude.

For years they have been pontificating about the effects of the criminal class and how awful society has become, "hang them high", "jail them for life."

These are the same people who urge the public to call crimewatch or crimestoppers if they have information about crime, but are crying their eyes out now it is dripping on them.

You cannot get Half-pregnant, you are either Honest or dishonest, full stop.

Now it is dripping on the Middle Class and it is they who could end up in jail, even worse they have to pay heavy fines, the Chickens have finally come home to roost.

Traditionally there were two reasons why people became informers, called the two R's, Reward or Revenge.

Now the Middle Class are getting in on the Informing act we can add another, it is Envy.
Envy is a cancer that is spread all over the Middle Class, it is the main part of their being.

If a Middle Class person has a friend who is doing better than they are, with more money, then by informing on them, the under-achieving Middle Class turd brings their supposed friend "down a peg or two" rather than working harder to achieve the same heights as the friend.

If informing is to be the new drug of choice, and becoming a Rat is chic, then the Middle Class will certainly corner the market.

Finally, as money is the Middle Class God, it won't be long before the Middle Class get Pissed Off with giving information without reward, so Law Enforcement, enjoy it while it lasts, the demands for money for info will be next on the agenda. 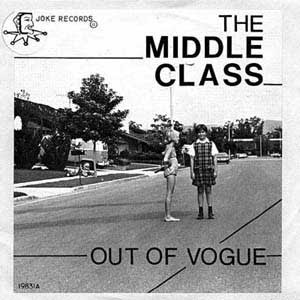 Made my day this article !!
Posted by Art Hostage at 5:23 pm