Stolen Art, Cocaine Smuggling, Arms dealing, all in a Days Work, Two Sides of the Same Coin and Joined at the Hip !!

A drowning British man was rescued by lifeguards - and then immediately arrested by police - after his overturned dingy was found to have shed one tonne of cocaine worth £48 million off the Irish coast.

The suspect, said to be in his 20s, was plunged into the freezing water after the boat in which he was travelling turned over in choppy seas and shed the load, which is Ireland's biggest ever drugs haul.

Lifeguards were called when a second man, who was also travelling in the dingy, managed to swim ashore just off the coast of Mizen Head, in County Cork, and alert them that his fellow crewman was stuck at sea.

Upon reaching the scene, rescue crews discovered the man surrounded by 40 sealed packages of cocaine about a mile offshore. Police were immediately called and arrested both men.

The drugs were wrapped in white waterproof bales said to be 3ft long by 2ft wide. Police are investigating a theory that the drugs originated in the Caribbean and a vehicle was waiting on the shore to pick up the consignment.

The arrests are the latest indication that the west Cork coastline is being used as a drug-trafficking route.

In 1996, a yacht named the Sea Mist was discovered off the coast carrying 599kg of cocaine with a street value of £28m.

“This dramatic find supports claims that Ireland is increasingly being used as a transit point in the international drugs trade,” he said.

“There have long been claims that drugs are being stored around Ireland, using elaborate installations off the coast.

“The sheer size of this haul also demonstrates the scale of the drugs problem which Ireland is now facing.”

Customs officers have recovered another bale of cocaine worth 1.75m euro from the sea off the west Cork coast.
An English drugs trafficking gang is thought to be behind more than 100m euro of cocaine already recovered.

One Englishman has been arrested in connection with the haul - which is believed to have been destined for the British market, said gardai.

It was found off the coast of Cork as rescuers searched for a man believed missing from a capsized dinghy.

Witnesses to the sea rescue saw 50 packets of white powder in the water.

Police are now searching for two men they believe were waiting with a van on the shore for what now appears to be a massive cocaine consignment from the Carribean.

One man, rescued from the sea, has been arrested under drugs trafficking legislation.

A second Englishman, who was also at sea, is still being treated in Bantry hospital.

From The Times
July 4, 2007
Run or raise the alarm? The stark choice for shipwrecked smuggler
David Sharrock

It was the moment that nobody transporting bales of high-grade cocaine would ever wish to face: sink or swim, run and save your neck or sound the alert and condemn yourself and your partners in crime to long prison stretches?
When word first came in at Mizen Head, on West Cork’s rugged coastline, that a dinghy had capsized while carrying a group of Englishmen, the Irish rescue authorities leapt into action.
But very soon the distinctive white bales of cocaine – about 60 in all, weighing about 1.5 tonnes in total – bobbing in the sea around the site of the stricken vessel changed the nature of the operation into the recovery of Ireland’s largest drugs haul.
The man who swam ashore and called for help found himself in the Garda station at Bantry. It was his 22nd birthday, police sources said. The unnamed man can be held for seven days under antidrugs legislation.
Meanwhile one of his colleagues was recovering from hypothermia last night in Bantry hospital. Police were waiting to talk to him.
Another two men, described as being in their 40s, were being hunted across the Ivagha Peninsula, the south-western-most point of Ireland, which was sealed off by roadblocks.
Irish police said that it was their largest single seizure of cocaine after patrol boats began plucking the 60 bales of cocaine from the sea off Mizen Head.
The smugglers’ “rib” – the acronym for a rigid inflatable boat – appeared to have capsized in a heavy swell while carrying the drugs to the peninsula’s rugged shore, known locally as “Smugglers’ Paradise”.
When the rescuers began picking up the cocaine they realised that another attempt to use Ireland’s vast and largely unmonitored coastline to bring drugs into Europe from across the Atlantic had just failed. As another bale of cocaine floated ashore, there were fears that plundering of the kind shown in Whisky Galore! might be seen in coming days. The 1949 film told the true tale of how Scottish highlanders raided a shipwreck for its 240,000 cases of whisky.
Bertie Ahern, the Taoiseach, told the Dail that the value of the haul was “well in excess of €100 million” (almost £70 million), and described it as a matter of concern.
Superintendent Tony Quilter said that three English-registered 4x4 vehicles had been seized, while a second inflatable boat had also been discovered at Durrus. All had been subjected to forensic examination, he said. Europol, Interpol and European Customs agencies had been recruited in the search for the mother ship, the vessel from which the gang allegedly unloaded the cocaine bales.
Police are investigating a theory that the drugs were destined for England and Europe. They were probably brought by yacht from the Caribbean.

YOUNGSTERS in their mid-teens are getting and using cocaine, according to addiction expert Stephen Rowen from Dublin’s Rutland Centre. And a consultant psychiatrist Dr Conor Farren noted UN studies placed Ireland in the top five countries for an increase in cocaine use in 2005 — a trend that has reportedly since worsened. Mr Rowen, Rutland’s clinical director, said cocaine — unlike heroin — had spread to every town and village in Ireland. Seasoned professionals were frightened at what was coming down the road for Irish society, he said.

There was evidence teenagers as young as 16 were getting and using the hugely dangerous and addictive drug.

A wave of addictions had been sweeping the country and in the last 10 years Ireland had a staggering 41% increase in alcohol consumption, compared with a 5% increase in Britain. Dr Farren said the link between suicide and alcoholism was well known but there was not sufficient public awareness of the fact that over the same 10-year period covering the 41% rise in alcohol consumption the suicide rate had increased by 44%.

He said alcohol can make suicidal ideas more intense, can bring them on or can make someone disinhibited enough to try suicide, which they wouldn’t do when sober. Mr Rowen, meanwhile, described gambling as the hidden addiction. He said 2007 will be the year money intake from gambling on the internet will outstrip that spent in betting shops. He said addiction to legally prescribed drugs or over-the-counter drugs was growing fast and people attending his clinic have been addicted to substances such as painkillers, taking up to 10 or even 20 boxes of tablets per day. Social activist Fr Peter McVerry SJ said cocaine was a terrifying drug, much more dangerous than heroin and causing enormous problems for those who use it. 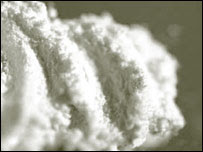 Heroin users knew it was the road to death, but there was no such awareness about cocaine, which was perceived as a good time recreational substance for the middle classes. “The reality is that cocaine and crack cocaine are drugs that give the user enormous highs and dreadful lows and those who experience the lows can become so disturbed that their aggression levels soar.”

The documented huge rise in the use of this drug, which was available all over Ireland, was truly terrifying and recent newspaper reports about users spending up to €4,000 in a weekend on the drug were not exaggerated. He quoted his own experience of one young man who spent €3,000 in three days to feed his habit. Mara DeLacy, director of the Stanhope rehabilitation centre, said people in their 30s and under coming to them with cocaine addiction problems were also becoming alcohol dependent. They used the alcohol to help cope with the awful withdrawal symptoms that can occur as the effect of the drug wears off.

Art Hostage comments:
The direct link between this drug seizure and the high value stolen art world is...........
I'll tell you later !!