MOSCOW (Reuters) - Thieves stole a collection of rare paintings worth millions of dollars that an elderly Russian had been storing unguarded in his empty apartment, Russian newspapers reported on Tuesday.

"This is a real nightmare. This is a real fortune stolen, you just don't realise how much all this may cost. Millions," Sofya Chernyak, secretary of the Moscow Fine Arts Collectors' Club, told the Izvestia daily.

Police said they could not understand why the art collector did not have an alarm in his Moscow apartment.

"It only costs around 200 roubles (3.84 pounds) a month," one policeman told Izvestia. "I don't think this would have made a big hole in his pocket." 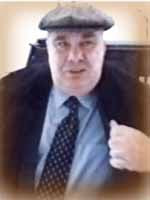 Art Hostage comments:
Hey Kamo, now listen very carefully, first you go to Mikail Fridman, and ask for an audience with Semion Mogilevich if Mikail cannot help, use your art connections to get the audience.
At the audience with Semion Mogilevich, You, Kamo, fall to your knees and beg Mr Semion to use his considerable influence to get you paintings returned.

I am sure Semion will take a sympathetic view and within a week your paintings will surface.

In the future, don't be so mean and spend a little on security.

P.S. if this works you can send me your thanks via e-mail. 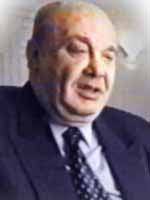