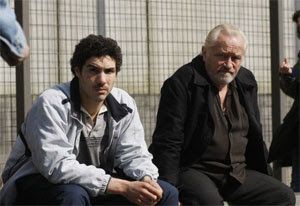 The owner of a box located in Saint-Maur-des-Fossés (Val-de-Marne) had the unpleasant surprise of discovering, Wednesday morning, the theft of his large collection of works of art.

The victim, retired antique dealer, was steal nearly thirty paintings of master and two statuettes in bronze. The value of the paintings and sculptures to almost $1 million dollars.

The burglary took place between 29 August and Wednesday. Traces of break and enter were found on the door of the box. The investigators of the prevention of banditry (BRB) of the judicial police brigade were seized of the investigations.

According to KTVA-TV, police are asking people to be on the lookout for several ivory carvings, worth approximately $13,000, that were stolen from a private collection in a South Anchorage home some time last month. The collection is so large, however, the theft was only just noticed, so an exact date the items went missing isn't known. The stolen ivory pieces include two tusks carved by local artist Byron Amos, and police encourage people to be on the lookout because the thieves may try to sell the pieces online, at a local shop, or on the street.

MEXICO CITY – The Mexican Attorney General’s Office, or PGR, said that its agents have successfully recovered “an oil painting” of the 18th century that was “stolen in 2009” from Santa Maria Tlacatecpa Church in the municipality of Contla de Juan Cuamatzi in the central state of Tlaxcala.

Members of the PGR’S Siedo organized crime unit discovered the work of art during a search carried out in Guadalajara, Jalisco state, during which one person was arrested, according to a PGR communique.

The individual implicated in the robbery was not identified by prosecutors.

Found in the dwelling were 100 other works of art that “are being analyzed by experts to determine whether they are related to other crimes,” the PGR said.

Meanwhile, prosecutors in another raid in Mexico City seized 83,340 papers with pictures of action heroes Batman and Superman, and such juvenile characters as Tweety and Ben 10 “without the corresponding certificates of authenticity.”

All were turned over to the proper authorities for suspected violations of the Federal Intellectual Property Law.
Posted by Art Hostage at 8:54 am