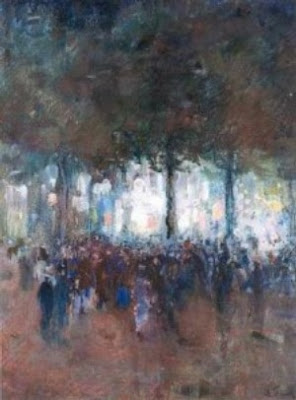 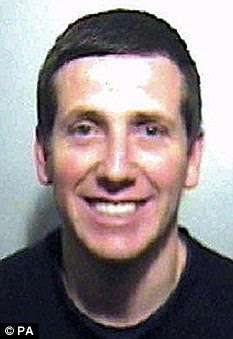 A career burglar who was jailed in August 2008 for stealing antiques and art from Ramsbury Manor near Marlborough on February 1 2006, absconded from day release from prison on 18 July this year and is now on the run.

Daniel (Danny) O'Loughlin, 35, should not be approached, however the Police would like to know his whereabouts.

He was a member of a criminal gang who targeted country houses across the south-west. Over 300 museum quality items were stolen overnight from Ramsbury Manor by the " Johnson family gang " using 4X4 vehicles in the largest theft of private possessions in UK history.

About 140 of the missing antiques were found in an underground bunker at Black Hill, near Stratford-upon-Avon, Warwickshire on March 25th 2008.

Daniel O'Loughlin, who comes from Cheltenham has links with Evesham, Tewkesbury, Cheltenham and Wokingham in Berkshire. His criminal career spanned twenty years.

O'Loughlin later arranged for stolen items to be returned to country estates in Swindon and Oxfordshire. At Guildford Crown Court on 24 September 2008 he was ordered to pay £113,200 in a confiscation hearing or face 25 more months in prison.

Four of the Johnson family from Gloucestershire, and Daniel O'Loughlin, who was nephew of Richard Johnson were responsible for many criminal activities over many years. They were jailed for a total of 49 years for conspiracy to commit burglary between 8 April 2005 and 13 October 2006 after trial at Reading Crown Court.

After his conviction for the stately home raids, Danny O'Loughlin was convicted in August 2008 at Guildford Crown Court of conspiracy to steal £54,430 cash from an ATM at the Co-op in Stanford-in-the-Vale in Oxfordshire. For this crime he received five-and-a-half years. Two other ATM raids in 2006 remain on file. O'Loughlin and Richard Johnson were also convicted of handling stolen goods.

Richard Johnson, the father of Richard and Albie has a daughter whose partner was Michael Nicholls.

The gang, who had been based at Cleeve Prior travellers' caravan site in Evesham, Worcestershire, had been a criminal family for over 20 years.

The Johnson gang also raided shops, hitting three Worcestershire stores in one night. Furthermore, six Johnson members were responsible for metal thefts worth more than £300,000 and even though O'Loughlin was deemed to have made over £126,000, he was ordered in 2008 by Bristol Crown Court to pay back just a pound.

The criminals were given long sentences, but the prison service thought it appropriate to allow one of those, with the longest term of sixteen-and-a-half-years for two convictions, day release work. O'Loughlin absconded from HMP Hatfield, formally Moorland Open Prison, in South Yorkshire on July 18th.

Detective inspector Steve Porter, from Gloucestershire police, said 'While it is thought he does not pose a direct threat to the public, we would advise that he should not be approached.'

Is the signature on your Monet a little too legible? It could be a fake; word is they're going around.

A former art dealer was arrested in South Florida last Thursday, and was accused of selling forgeries to a Los Angeles art collector. The dealer, Matthew Taylor, allegedly claimed that the pieces were the work of Claude Monet, Vincent Van Gogh, Jackson Pollock and Mark Rothko. The LA art collector, who has not yet been identified, supposedly bought over 100 pieces of fake art from Taylor, paying him approximately $2 million.

Taylor gained an expertise in art while owning a gallery in San Diego, and is accused of using this knowledge to alter works of art by obscure artists in order to pass them off as masterpieces. According to authorities, he "allegedly covered up the signatures and forged the names of the more-famous and more-valuable artists." Taylor is also accused of applying fake stickers from museum collections such as the MOMA and the Guggenheim, a well as stealing a Lucien Frank and a Granville Redmond painting from Los Angeles galleries and selling them to other galleries, scoring $85,000 for the Redmond piece.

He is being charged for wire fraud, money laundering, interstate transportation of stolen property and possession of stolen property. Law enforcement was puzzled at how to approach the case; U.S. Attorney's Office's Thom Mrozek noted "we just don't see that many cases along these lines." So what is the going rate for 100 forgeries? Right now Taylor is facing up to 100 years in prison.

VERO BEACH — An oceanfront resident who federal officials accuse of multi-million-dollar art fraud and theft in California is temporarily being held in the St. Lucie County Jail without bail, officials said Friday.

Matthew Taylor, 43, was arrested Thursday on Ocean Drive based on federal allegations he sold paintings, by unknown artists, he falsely claimed were by such internationally renown artists as Claude Monet and Vincent van Gogh.

One California art collector paid $2 million for the art works, according to a press release from the United State Attorney's office in Los Angeles.

Also he is accused of stealing, in California, a Lucien Frank painting, "Park Scene, Paris," that Taylor reportedly was seen with in an art gallery in Vero Beach, investigators said.

He was arrested in a federal indictment on seven charges: wire fraud, money laundering, interstate transportation of stolen property and possession of stolen property. If convicted on all charges, he could face a maximum sentence of 100 years in federal prison, according to a press release by the U.S. Attorney's Office in Los Angeles.

The Vero Beach Museum of Art never had any dealing with Taylor, a spokesman said.

This is the second time he has been arrested on similar charges in the same case. In 2009 he surrendered to law enforcement in Vero Beach on arrest warrants issued by the Los Angeles District Attorney's Office. In March the law enforcement officials in Los Angeles announced that the charges were dropped, but didn't say why.

All that the Los Angeles police would say at the time is that the investigation was continuing. Then on Thursday federal officials announced his arrest on federal charges.

During an initial court hearing in federal district court in Fort Pierce. Federal Judge Frank Lynch declared Taylor indigent and appointed an assistant public defender to represent him. He is to appear in federal court again at 9:30 a.m. Tuesday.

At the urging of federal prosecutors, Lunch ordered Taylor held in jail until the next hearing. Then he can say if he is the person identified in the arrest warrant. If so, he can then either choose to face the charges in California or plead guilty to them in Florida.

He was arrested without incident a during a traffic stop in the 2700 block of Ocean Drive near the Rio Mar Sands condominiums. Federal officials describe him as a former art dealer.

According to the indictment, he convinced one Los Angeles collector to buy supposed world-class art works that actually were low cost works by unknown artists. That raised "prices exponentially higher than their actual worth," the press release said.

Taylor allegedly concealed names of actual artists. And federal official say he put on labels that falsely indicated that some works had one been part of art collections of noted museum such as the Museum of Modern Art in New York and the Guggenheim Museum.

The indictment alleges he stole a Granville Redmond painting entitled "Seascape at Twilight" from the Los Angeles gallery and later sold it for $85,000 at a Santa Monica art show. He claimed his mother had owned it.

And he is accused of laundering his profits, including $105,000 for four forged paintings, in September 2006 by transferring the money across state lines.

Taylor was previously charged in Vero Beach with making false police reports by claiming in 2008 and 2009 that thieves stole paintings from his residence, which was then in the Spires condominium. In the 2008 incident, he claimed about $100,000 in art was stolen, police said.

The State Attorney's Office later decided not to prosecute because filing a false report is a minor offense and it would be costly to bring in witnesses from out of state, police said.

It said the main suspect in the case is a man identified as Freddy Vicioso, who abandoned the antique weapons in the sector El Farolito, when he was being chased by a police patrol.

The police said no one has been detained thus far in the ongoing investigation.

According to former Lighthouse governor Luis Yapur, the musket is worth US$1.0 million, and requested a wider investigation into the theft of the rifle like weapon, used frequently by the Spanish infantry as early as the 15th century.

Silverware worth $19,000 taken from closet

MOULTRIE — The theft of antique silverware valued at $19,000 led a half-dozen thefts that totaled more than $22,000 in loot.

Charles Crisp, of Tallokas Road, reported someone took the two sets of sterling silverware from a closet Tuesday.
Posted by Art Hostage at 5:18 pm