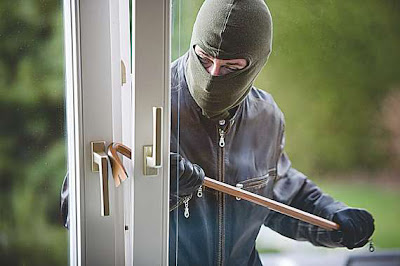 Rare Coins Valued at Up to $500,000 Stolen from Elderly Couple

After returning from a coin show in Charlottesville last month, an Annandale couple left their collection in the car for 10 minutes after pulling into their driveway. When they returned, everything was gone.

After attending an antique coin show in Charlottesville on Saturday, April 14, an elderly couple returned home to the Annandale area only to have their collection—worth hundreds of thousands of dollars—stolen right out of the car in their own driveway, police said Tuesday.

Detectives believe the victims were targeted and that the suspect may have followed them home from the coin show.

The couple, who live in the 3800 block of Stuart Circle, left the coins and bank notes in the car for "no more than 10 minutes," after they returned home, according to the Fairfax County Police Department.

The items were inside three brown leather briefcases, two document holders and a leather backpack, which were all hidden under a blanket in the rear hatch area of the car.

Some of the items taken were:

Detectives are hopeful these stolen items may appear on the collectors’ circuit or at a future show.

$100K Worth of Jewelry Stolen from Wilton Home

The owners reported the burglary on May 12, according to Wilton police.

The owners of a residence on Middlebrook Farm Road reported that someone broke into their home on May 12 and stole over $100,000 worth of jewelry, according to Wilton police.

Lt. John Lynch said that the owners returned home just before 1 a.m. and found that someone had gained access to the home by using a ladder to get to the second floor balcony. The couple's 20-year-old son was home at the time of the incident, but told police that he didn't notice or hear anything out of the ordinary other than the family's dog barking.

Lynch said that the department is currently investigating the incident and is in contact with other departments in the area to see if similar burglaries were reported.