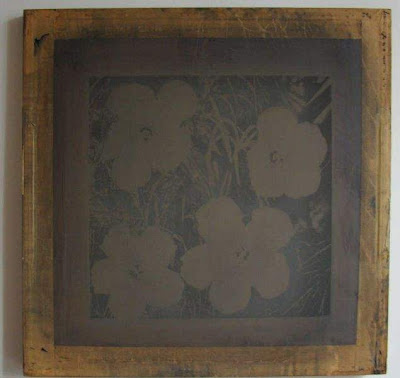 Owner of Warhol, other missing Corktown art measures loss in sentiment, not dollars

The FBI is trying to figure out what happened between April 27 and April 29, when 19 pieces of art disappeared from a business in Corktown.

The collection included pieces by Andy Warhol, Rene Ricard and Larry Rivers and, according to the owner, probably holds a value of between $1 million and $2 million.

That estimate comes in part from certified appraisals done on the work.

The Warhol piece was appraised at over $1 million, the owner said. Warhol generally is given credit for popularizing screen printing in the U.S. — including his 1962 depiction of actress Marilyn Monroe.

The work was being temporarily stored at a business in Corktown.

Crain's Detroit Business agreed to keep the location of the business and the name of the owner of the art confidential because the FBI is conducting an investigation and asked the owner not to release information.

"We're looking into the strong possibility that these artworks have not only left metro Detroit but even the state and possibly the country," said FBI spokesman Simon Shaykhet.

The collection included a 1954 nude drawing of Frank O'Hara by Rivers, a piece controversial at the time for its outwardly homoerotic depiction, as well as the earliest known artwork of famed art critic Rene Ricard, believed to be a self-portrait.

"It's an unbelievably rare, irreplaceable object," the owner said of the Ricard piece.

The pieces have been entered into the FBI's national database of stolen artwork, and a $5,000 reward is being offered.

The agency is looking at multiple scenarios, Shaykhet said.

"We're considering all possibilities that include someone with prior knowledge about these paintings as well as someone involved in a simple crime of opportunity," he said.

All of the works are obscure, the owner said, and would hold little value on the black market.

"The loss of my personal belongings, which were mostly gifts from friends, was a very sad day for me," the owner said. "I do have a pretty good idea of what happened, but I'm not at liberty to share right now."

In a city known more for carjackings than art heists, the FBI is trying to crack a Corktown caper that cost a collector nearly two dozen pieces of valuable art.

The FBI says that sometime between April 27-29, an Andy Warhol silk screen used to produce "Flowers" and 18 works by other artists were stolen from a business in Detroit's Corktown neighborhood. Authorities would not identify the victim or the business, but said the works were not on display -- or locked up. They pegged the value of the collection at more than $1 million, though one expert said it may be worth considerably less.

FBI spokesman Simon Shaykhet said Tuesday that a reward of $5,000 is being offered for information on the hijacked collection, which includes drawings, prints and paintings by artists such as Larry Rivers, Francesco Clemente, Philip Taaffe, Peter Schuyff and Joseph Beuys.

• Related: See more of the stolen items on the FBI site

"Whoever is involved may have planned to or may have already transported (the art) outside state lines or possibly outside the country," Shaykhet said. "Given the nature of this crime and the value of the artwork stolen, we're alerting anyone in the art industry, as well as local pawn shops and those who shop online, that thieves could use any of those avenues to try and sell the stolen goods."

An art dealer told the Free Press on Tuesday that the Warhol silk screen that's missing is not actually a piece of art but a studio tool worth no more than $2,000-$3,000.

"Nobody collects these," said Richard Polsky, a dealer and author based in the San Francisco Bay area, who has written two books about Warhol. "The only place it would have value would be to the Warhol Museum in Pittsburgh to display alongside a 'Flowers' or to a crook who would want to do something fraudulent.

"It's memorabilia," Polsky said. "Somebody might buy it for a couple grand to say they had it and it was cool."

Polsky reviewed the names of about a dozen of the works the FBI said were stolen and estimated their market value at around $200,000.

"I hate to sound cavalier," he said, "but this is a pretty minor collection."

Given the relatively low profile of the stolen works, Polsky said the thieves might get off scot-free if they wait a couple of years before trying to sell the goods and avoid major auction houses.

"You could dump this stuff in a regional auction house, and you might get away with it," he said.

Shaykhet said the artwork is listed on the National Stolen Art database and can be viewed on the FBI's website, www.fbi.gov.