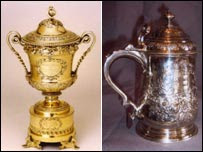 Thieves broke into an historic mansion in South Yorkshire and stole antiques worth hundreds of thousands of pounds.
The intruders broke into the 18th Century Cusworth Hall, near Doncaster, on Wednesday morning.

Other items included a silver teapot from 1787, a tankard dating back to 1848 and six silver clover-design plate fittings from 1927.

Two christening mugs and three silver cased menu holders, all made in 1936, were also stolen.

South Yorkshire Police urged anyone with information about the theft at the Doncaster Council-owned museum to contact them. 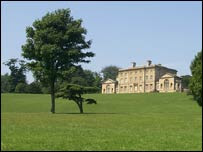 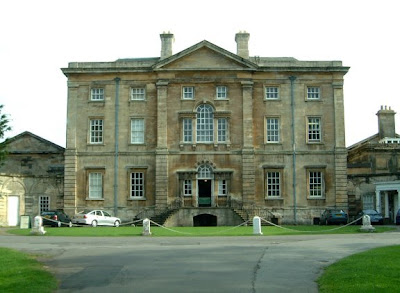 An historic hall in South Yorkshire is set to open to the public, two years after closing for a £4.7m restoration.
Cusworth Hall, an 18th Century Georgian mansion set in 50 acres of grounds near Doncaster, will reopen on Wednesday.

The house and outbuildings have been restored and improvements made to the hall's disabled access, heating and lighting facilities.

Some 20,000 trees, shrubs and plants have also been planted with money from the Heritage Lottery Fund.

Doncaster Council said popular features including the river, the rock arch and cascade and several paths had been improved and there was a new shrubbery walk and bigger, more secure car park for visitors.

Art Hostage comments:
It is not rocket science to work out the thieves got their inside intelligence from a worker on the restoration of Cusworth Hall.
Seems Doncaster Council are more concerned with a Secure Car Park than securing the building.
Public figures acting in a dilatory manner yet again.
It is becoming more frequent that art criminals are using tradespeople too tip them off about security and the accessibility of large buildings that contain high value art collections.
So, South Yorkshire Police, look no further than the tradesmen who worked at Cusworth Hall !!
Posted by Art Hostage at 5:52 pm