Iconic Works of Art Targeted, Then Gone in Sixty Seconds, by the Fast and the Furious! 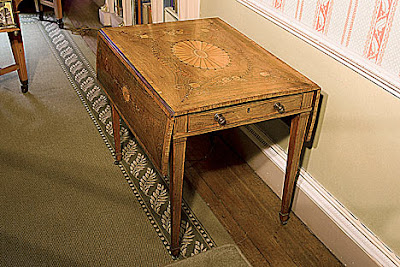 
A gang targeting stately homes in Yorkshire for valuable antiques is thought to be behind yesterday's theft of a £500,000 Chippendale table.

The burglary at Newby Hall, Ripon, is the sixth of its kind in the region since February, with a total of £700,000 in precious items stolen to date.

Security experts believe thieves are using spotters to locate specific artefacts during public open days and passing this information on to criminal associates.

By targeting just one or two items the gang can escape within minutes, before security guards or police can respond.

Yesterday's theft at the 17th century mansion, the setting for recent ITV drama Mansfield Park, was from the drawing room. The culprits drilled into its thick wooden shutters and took them off their hinges. 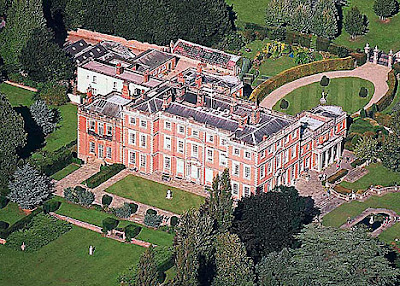 They then cut through the sash windows, setting off the alarm. They snatched the Chippendale masterpiece - one of the finest tables made by the 18th century master craftsman - and escaped minutes before the in-house security guard arrived.

Estate owner Richard Compton, 50, his wife Lucinda, a furniture restorer, and son Orlando were asleep upstairs at the time.

Mr Compton said: "This is very distressing. The table was among the finest pieces of Chippendale in the collection. I just love it. It could not ever be sold, it is too well known. I don't care who stole it. I just want it back as soon as possible."

The twin-leaf Pembroke table is famed for its elegant lines, colour and exquisite inlaid mosaic of rosewood, satin and ebony pieces.

It was commissioned by Mr Compton's ancestor William Weddell in 1775. Experts say it would easily fetch £500,000 on the open market.

Most of the other five break-ins at Yorkshire estates have used similar techniques to drill into security shutters. There have also been two attempted burglaries.

Charles Hill, former Met Police officer and adviser to the Historic Houses Association, said the crimes were almost certainly linked. "Although not stolen to order, the gang would know other criminals who will take any valuable art and antiques off their hands," he said.

A North Yorkshire police spokesman said it was too early to connect the burglaries. 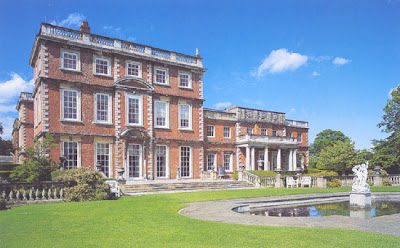 A UNIQUE piece of antique furniture, worth more than £100,000, has been stolen in a daring early morning raid on a famous stately home.

The Chippendale table was taken after thieves broke their way into Newby Hall, near Ripon, through a shuttered and locked window.

Despite setting off the alarms they made straight for the table and were able to get away from house before startled staff arrived.

There have been a number of other high-value art thefts elsewhere in the country in recent months - but detectives insist it is too early to link the crimes.

The table was designed and made specifically for Newby in 1775 by Thomas Chippendale and is of worldwide significance.

It has featured in many papers and books on fine furniture - making it virtually unsaleable on the open market - and, as the table was the only item targeted by the thieves, police believe it may have been stolen to order.

Distraught house owner Richard Compton said "This is a devastating blow for all of us and a terrible loss. It has been in the house for over 230 years and was commissioned by one of my ancestors."

" It is one of the finest examples of Chippendale's work and has been internationally studied."

The raiders struck at about 2.20am yesterday, smashing their way in through the window of a ground-floor drawing room at the front of the hall.

Mr Compton added: "They obviously knew exactly what they wanted. They appear to have gone into the wrong room first and then found the correct one. They had gone within five minutes."

The president of the Historic Houses Association, James Hervey-Bathurst said: "Last night's theft makes it all the more important that there is greater collaboration between British police forces and their counterparts overseas to try and stem the rising instances of thefts and the trafficking of stolen chattels.

"Last night's robbery is not just a tragedy for Newby, but cheats many thousands of visitors from seeing a pre-eminent work. This was a theft from Britain's cultural and artistic heritage and needs to be seen in that context."

Now, before you fall about laughing, Anyone who saw anything suspicious is asked to contact police on 01845-6060247 or Crimestoppers on 0800-555111 you will receive no reward or credit and your name will leak out if there are criminal charges.
Art Hostage comments:
The initial underworld price for this table from the thieves £5,000-£10,000.
Once in the possession of a High value Stolen Art Handler the price will be £25,000-£50,000.
No doubt it will be offered as a buy back and that price would be £100,000.
Anyone giving information that may lead to this gang, one of many, being caught red handed and taken off the streets, will receive no favours, and end up disillusioned, disappointed and being regarded as an outcast, pariah within their community.
In days of old when gangs like these were becoming prolific and embarrassing for the Establishment, an informant, normally a Mr Big criminal Godfather not involved in art related crime, would use his/her contacts to have this gang caught red-handed on a raid, therefore they would be taken off the streets for at least a year awaiting trial and longer if convicted.
For the inside sting operation the Criminals Godfather would receive at least £100,000 as payment to stem the negative publicity generated by this gangs antics.
The Godfather would then also trace some high value stolen art and receive a reward for that even if there are no arrests.
Added to these benefits, if the criminal godfather was ever targeted he could call in favours and get a deal to spare him from jail time.
Distasteful as this may appear, it has proved effective time and time again over decades.
These covert deals were always kept strictly secret and the public were only told about the huge successes Police had in dealing with High Value Art Theft.
Sometimes Art and Antiques Detectives like Dick Ellis would go to the Art trade and confront those who deal in stolen artworks and say:
"This work of art has to go back, no rewards, no questions, if it is not returned the police will start to conduct random raids in pursuit, disrupting your everyday stolen art dealings"
Within a week the said work of art was recovered and things went on as normal.
Now, Art and Antiques Police Officers, like Vernon Rapley of Scotland Yard would not dare to visit a known stolen art handler, let alone request warrants to search premises.
Any reward offered is impossible to collect because of the 2002 proceeds of Crime Act.
All quality intelligence is being withheld, down by 90% in the last two years.
This art theft will go down as a domestic burglary added to the stats.
It is not Rocket Science, the current system is clearly broken, how many more high profile art thefts will it take before some gets killed after disturbing these criminals?
The day a Citizen at home loses their life during an art robbery will be the day re-active policing is exposed as truly a deadly mantra, time to switch to pro-active policing, prevention is better than cure.
To be continued..............................................
Just another day in the regular theft of iconic works of art, thieves act with impunity, art theft has become mainstream !!