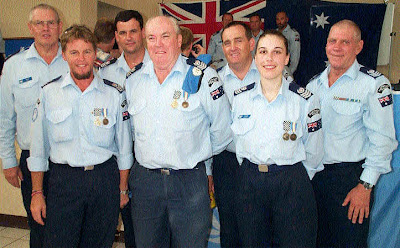 The move will provide police with a real-time list of property sold to secondhand dealers or lodged at pawn shops – allowing them to track stolen goods and find the thieves rapidly.
Online transaction recording systems are used successfully in Western Australia, Queensland and NSW, and also in Vancouver, Canada.

Those systems – expected to be the base for SA's register – also allow automatic matching with the police database of stolen property.

They will have the ability to flag suspected stolen items with individual investigators, who are instantly notified via an email or mobile phone.

Police Minister Paul Holloway said it was expected the initiative would enhance the ability of police to "further reduce crime" in the community.

"This will improve the productivity of police resources through electronic data collection, powerful database queries and automation of time-consuming comparisons against stolen property records," he said.

"Police will be able to spend less time sifting through receipts and data and more time enforcing the law."

In 2001, its first year of operation, Vancouver police increased their identification and recovery rate of stolen property by 300 per cent and reduced property crime and theft from vehicles by 16 per cent.

Preliminary SA police statistics show, to the end of April this financial year, there were 10,119 reported house break-in's – a decrease of 8.2 per cent from the 11,023 reported in the same period the previous financial year.

Mr Holloway said if the introduction of the online register in SA resulted in the same crime reduction reported in Vancouver there would be a significant reduction in such offences as residential house-breaking, non-residential break-ins and theft from vehicles.

"The consensus of international research is that the movement of stolen property through the secondhand dealing and pawnbroking industries can be limited through stringent licence controls and a real-time web-based transaction reporting system that allows cross-matching with police records," he said.

As part of the new measure, the Government also intended to amend the Second Hand Dealers and Pawnbrokers Act to restrict trading hours for such premises.

In May last year, the Sunday Mail revealed police concerns about the operation of Silversun Loans and Hire at Richmond – Adelaide's only 24-hour secondhand shop.

A resource-intensive operation by Sturt police around the South Rd premises found people from across the metropolitan area were travelling to Silversun to sell property.

Amendments to the legislation will include measures to regulate scrap metal dealers to include them in the online register.

"The government has no mercy for businesses which support theft and criminal activity by buying stolen goods from criminals," Mr Holloway said.

Australia is leading by example and this scheme should be introduced worldwide if law enforcement is serious about curbing the activities of burglars and thieves.
Posted by Art Hostage at 6:43 pm