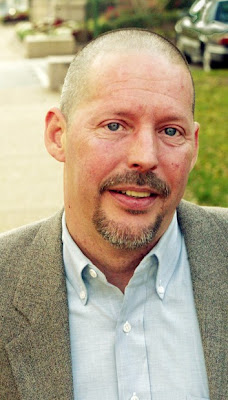 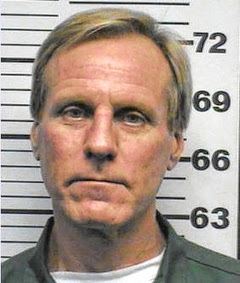 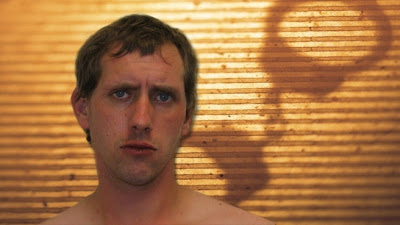 ST. LOUIS • Two men have pleaded guilty in St. Louis of stealing paintings and other works of art estimated to be worth $4 million. They included works by masters such as Pablo Picasso, Henri Matisse and Salvador Dali.

The two men are former employees of an art shipping company in Bridgeton. They looted more than 130 pieces of art in 2002 from the company's offices, authorities said Thursday.

Biron A. Valier, 36, of Ramblewood Lane in Creve Coeur, pleaded guilty Thursday in federal court to one count of conspiracy to transport stolen goods in interstate commerce. Donald R. Rasch, 44, of the 1400 block of Quendo Avenue in University City, pleaded guilty to the same charge Aug. 25.

In a somewhat odd twist, the art, which belonged to a Florida couple, had been sitting in storage at the office of Fine Arts Express in Bridgeton since about 1994 until the time the two men stole it, according to U.S. Attorney Catherine Hanaway.

The art's owners, Dr. David Harter and his wife, Dianne Harter, had moved from Nebraska to Arizona, then again to Florida, and the art was the couple's "nest egg," Hanaway said.

There are other unanswered questions about the affair. Authorities declined to discuss the art collectors and galleries that acquired the art and later played a role in disclosing the theft, although some of them are identified in public records.

What's more, some 45 pieces of stolen art, with a value of several hundred thousand dollars, have not been recovered, said FBI agent Frank Brostrom.

Even so, authorities touted the investigation as a success, noting that a special FBI unit created last year, the FBI rapid deployment Art Crime Team, had played a role in recovering the stolen works.

Hanaway said the FBI and the Bridgeton Police Department cooperated in the investigation, and they "pursued this case all the way to Japan to recover some of this art."

The theft was discovered after a man bought eight of the pieces from Rasch, said Bridgeton police Detective Lance Harris. The buyer then tried to verify the ownership of the art, and located the real owners, the Harters, Harris said.

The Harters hired a private detective, who contacted authorities, Harris said. Rasch and Valier ultimately cooperated in the recovery of the art.

A Ladue real estate investor, Stuart Slavin, said he was the collector who bought the paintings from Rasch and discovered they belonged to the Harters. Slavin said Rasch, whom he met through a former employee of Slavin's business, initially told him he had inherited the paintings from his grandfather.

Slavin said he checked a registry to find out whether the art was stolen or lost, and found no record. But he said he later became suspicious and made more checks when he bought the last of the eight paintings he acquired from Rasch. Slavin said he contacted a New York art gallery owner, who said the painting belonged to David Harter.

Slavin said that when he confronted Rasch with the new information, Rasch changed his story, saying he had recovered the paintings from a trash bin at Fine Arts Express, where he formerly worked. Rasch said the owners of Fine Art Express had told him to throw away property belonging to people who were behind in their storage bill payments.

Slavin said he then had his attorney contact Harter, and Harter claimed he suspected his wife had failed to make payments for the storage locker.

Slavin said that the eight paintings, which he and a friend bought from Rasch for about $80,000, are likely worth far more. He said one art specialist from the Christie's auction house estimated one of the paintings -- a de Kooning on display in the FBI offices Thursday -- is worth about $300,000. He dismissed the assertion it was worth as much as $800,000.

"If they're stolen, it may be difficult to get them," he said.

Slavin said he has been collecting art for 35 years. "I've never run into anything like this before. I'm very careful about what I buy, but after 35 years it caught up with me."

Rasch, an artist, has cooperated with authorities to help to recover the art, his attorney, John Rogers, said. Valier and his attorney could not be reached for comment. Slavin is not the only one to suffer from dealing with Valier and Rasch. The Kodner Gallery of Ladue has sued Valier and his wife, Julie Valier, claiming it bought eight paintings -- including one by Rothko -- for a total of $366,682.50 in 2003. The suit, filed in St. Louis County Circuit Court, says Kodner then sold the art to customers, including other art dealers.

Kodner's attoney, Albert Watkins, said Valier claimed that the paintings came to him through his family.

Later, Kodner was contacted by law enforcement officers who informed the gallery that the art was stolen. The suit claims the Valiers committed fraud by claiming the pieces belonged to them. It also seeks return of the money paid for the paintings as well as $1.5 million in damages for costs Kodner incurred, such as paying settlements to art dealers.

"You've got to stand behind your artwork, and Kodner always has, always will," Watkins said.

As for the theft, he said, "The entire art world despises this type of thing happening."

An angry art-loving judge on Monday threw the book at the career con man whose exploits ended with a delicate portrait by Jean-Baptiste-Camille Corot dumped in some Upper East Side bushes.

"This man has been on a non-stop crime spree since he has been 20-years-old," said Manhattan Federal Court Judge Colleen McMahon at she sentenced art swindler Thomas Doyle to six years in prison.

Doyle had agreed to plead guilty in exchange for a three-year prison sentence, but McMahon said that was "manifestly insufficient."

It was a rare instance of a judge ignoring federal sentencing guidelines to mete out a tougher sentence.

Doyle, 54, had pleaded guilty to scamming an investor by overvaluing Corot’s 19th-Century "Portrait of a Girl," saying it was worth $1.1 million when Doyle actually bought it for $775,000.

"Your honor, it started off honestly and then went wrong," Doyle told the judge.

"You don't know the meaning of the word ‘honest’," McMahon shot back.

The judge, who noted during the sentencing that her favorite painting in the world was Corot's "The Lake," also ordered Doyle to repay the investor $880,000 - the amount he paid for the 80% of the painting, fooled into expecting they would sell it for twice that.

It will be put up for auction with the proceeds going towards restitution for the unnamed investor.

The scam unraveled last year when Doyle's girlfriend sued a courier who said he lost the painting in a drunken bender after showing it to a potential buyer at the The Mark Hotel on the Upper East Side.

That prompted the FBI to investigate. The courier turned out to be a buddy of Doyle's.

A Fifth Ave. doorman found the painting dumped in the bushes across the street from the Metropolitan Museum of Art.

Doyle has spent time in prison for stealing a bronze Degas sculpture by posing as a member of an art-collecting family, pilfering books from the art library at the University of Kansas, and filching jewelry from a Tennessee woman.

A New Castle man is accused of causing $30,000 in damages to several antiques at a Shenango Township home before leaving in the victim's clothes and shoes and being caught breaking into another home on the same road.

According to reports, just before 11:30 p.m. Wednesday police responded to a report of a white male entering a home on Alborn Avenue. The residents said they heard a noise and awoke to find the man standing in their laundry room before he fled on foot. Courson was located a short distance away and arrested.

Just a few hours later, police responded to another home on Alborn Avenue at about 1:20 a.m. Thursday. The resident had discovered nearly $30,000 in damages to the house and its contents. Reports state the suspect damaged numerous antiques, including paintings that were 100 years old, antique Tiffany light fixtures, antique vases and lightening rods.

The suspect had left his cell phone behind and police determined it belonged to Coursen, whose clothes were located at the scene.

Jail for woman who stole $1M from Mark Twain House

BRIDGEPORT, Conn. — A woman has been sentenced to 3 1/2 years in prison for embezzling more than $1 million from the Mark Twain House and Museum, a crime that added to the financial woes of the Hartford landmark that had been struggling to pay its bills.

Donna Gregor, a 58-year-old longtime museum employee, stole the money between 2002 and 2010. She faced up to 23 years in prison after pleading guilty in August to wire fraud and filing a false tax return.

The officials who run the gingerbread Gothic home on Farmington Avenue said they were happy to put the case behind them.

"We are grateful that the case involving the theft of funds from the Mark Twain House and Museum has been resolved and justice has been served," the museum said on its website. "We want to assure our friends that stringent controls are in place and our financial condition is sound and we thank them for their continued interest and support."

The thefts occurred during a time when the Twain House was in dire financial straits, trying to repay millions in bank loans from expansions and struggling to meet its yearly budget.

In 2008, it even cut two-thirds of its staff and made other reductions, but had barely enough money to pay three weeks' worth of bills before publicity generated a spate of donations.

The author and humorist built the house in 1874 and wrote many of his best known works during the 17 years that he lived there, including "The Adventures of Tom Sawyer" and its sequel, "Adventures of Huckleberry Finn." Struggling with debt, Twain had to sell the home in 1903. The building was rescued from demolition in 1927 and is now a prime tourist attraction in Connecticut's capital city.

In addition to her jail sentence, Gregor was ordered by a U.S. district judge in Bridgeport on Monday to pay restitution to the Mark Twain House. After serving her prison sentence she also faces three years of supervised release.

Authorities say Gregor submitted false information via the Internet to the museum's payroll management vendor to get more pay than she was entitled to and used the museum's check-writing system to write checks payable to herself and forged the signatures of her supervisors on those checks.